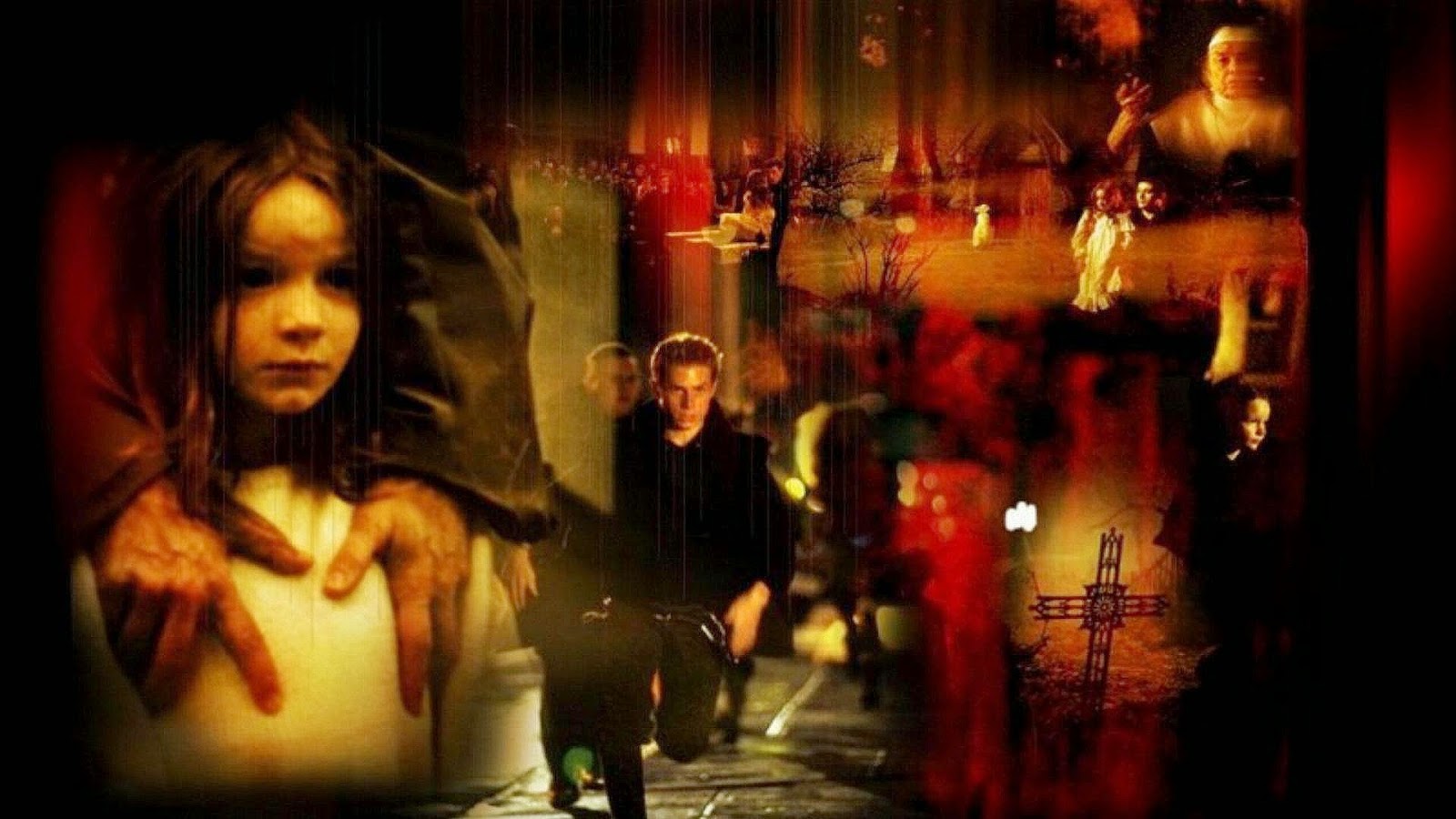 Kim Basinger plays Maggie, the protagonist, so to speak, who gives her niece a home of nurturing and care when the child’s mother, Maggie’s sister, runs away in fear of caring for it. In seven short years, both aunt and niece have grown inseparable, as if they were really mother and daughter (Maggie’s foretold history with fatal pregnancies adds reason to the strength of that relationship). But there are obstacles in the way of their immediate happiness; in addition to the fact that her niece has been diagnosed with some form of autism, Maggie is bothered by the sudden outbreak of child murders going on in their vicinity, all of which are associated with Satanism (a clue being that the bodies have an occult symbol engraved on their wrists). During such, a subplot opens on a police investigator named John Travis (Jimmy Smits, treading not too far from his “NYPD Blue” persona), who studies the significance of these crimes and pieces the facts together using centuries-old theories (such as why the tips of the fork are pointed left on the scar) as the instrument. Considering his knowledge, it doesn’t take much time for him to be woven into the central premise.

As Maggie’s trepidation escalates, following dreams she has in which thousands of rats invade the child’s room (the rats, as many can tell, are obvious digital creations), sister Jenna returns home, sober from her drug addiction and married to Eric Stark (Rufus Sewell), the head of a popular religious order (I guess) called the “New Age.” In truth, the organization is merely a mask for the same cult that has been kidnapping the children in and around the city, and (surprise surprise!) Jenna’s kid is the one they’ve really been looking for: the one special child who was born into this world with powers beyond those of normal humans (although the movie gives her nothing to do but spin objects really fast). The little girl is destined to sainthood, as one character points out, but Stark is determined to reverse the child’s way of thinking and bring her over to the dark side before Easter arrives (why this specific holiday, I dunno).

The plot is so uninspired and boring that a trip to the dentist packs more excitement; instead of showcasing a smidgen of originality, it borrows from countless other movies and formulas, practically unfolding by way of a checklist. The inclusion of a messenger (Christina Ricci), for instance, is a clasp that has already been exercised by more than one modern horror picture, and the movie even features a demonic nanny that is written in the same vein as the one in “The Omen.” By the time all is said and done, the only thing missing from this larceny was the little girl spitting up pea soup and twirling her head around.

The actors are equally lackluster. Basinger is a gifted actress, who more than deservingly got her Oscar for “L.A. Confidential,” but she doesn’t seem to have the gumption to pursue more prominent roles in equally-powerful films anymore (the recent example of failure being the inane “I Dreamed Of Africa”). Ditto to Ricci, surely one of the best young actors in Hollywood today; although she’s had considerable success in pictures recently, as in “Sleepy Hollow,” it puzzles me as to why she would want to associate herself with this minor role (especially since it’s a persona without much insight). Rufus Sewell, however, has the worst on-screen presence of any villain in recent memory; though the script suggests he is foreboding and sinister early on, Eric Stark eventually emerges as merely a wimp who uses suggestive words against God to hide the fact that he has no backbone.

Director Chuck Russell, at least, knows the look and feel of his production; with “Stigmata,” “The Ninth Gate,” and sometimes even “End Of Days” at his disposal, he has adopted a familiar but beautiful sense of style, using sharp camerawork and brief moments of visual menace to pass off a few thrills. Unfortunately, whereas those movies are redeemed by their texture, “Bless The Child” lacks the distinction (and sometimes even the competence) to be recommendable. In times when special effects can show us anything, is it so much to ask to make several thousand crawling rats look at least realistic?

“Bless The Child” places dead last among the list of the recently-released thrillers using religious faith as the weapon, and given the fact that none of them have been too terrific to begin with, this is no small accomplishment.