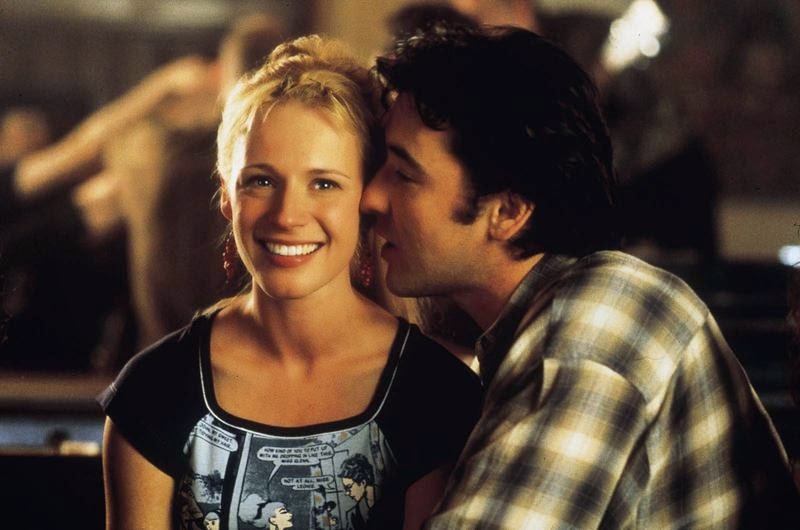 The tagline clipped to Stephen Frears’ “High Fidelity” suggests something short and sweet, announcing the movie as “A comedy about fear of commitment, hating your job, falling in love and other pop favorites.” It is foreseeable that the hordes of moviegoers, in pursuit of something vigorous and kinetic, will turn their backs to this campaign, fearing that the film is simply rehashed ideas and dreary exercises in romance comedy. That would be their great loss, however, since “High Fidelity,” unlike its promotional line, is filled with great energy and spirit. And in a year marauded with comedies in which characters get involved in plots that are completely absurd and fabricated, here is one that revolves around realistic people, and allows the audience to relate with their situations.

The film stars John Cusack as Rob Gordon, a local vinyl shop owner who has just broken up with his girlfriend. Like a radio personality, Rob invites us into his love life by ranking his breakups in a list much like that of hit records—“the top 5,” as he calls it. During the movie’s first act, the depressed guy explores his past relationships and what led to their breakups: was he to blame? Was the girl to blame? Or was it simply a relationship doomed to start with? The approach is intriguing; rather than watching the premise bounce back and forth between his past and present relationships, the character himself talks to the audience like he is conversing with an old friend, letting loose on the details without fear or holding back. Very few characters are privileged with an active voice like this in the movies; most filmmakers seem to believe that directly narrating can slow down action and interfere with character judgment. But for Rob, who is a man of very little expression and insight, the sincere narration is his only way to earn a viewer’s appreciation. Otherwise, one would simply think of him as a regular, unsympathetic guy who goes through women like an Elephant goes through peanuts.

Rob works with to guys named Dick and Barry, who are played, rather effectively, by Todd Louiso and Jack Black. Dick is a shy, off-standing kind of guy who prefers to mind his own business instead of meander in someone else’s, but Barry, absorbed by the notion that he seems to know everything, is blunt to his employer, and his customers, about their tastes in music and culture. One particular scene in the first half of the picture demonstrates his capabilities perfectly; a buyer enters the store from the street and asks if they have a Stevie Wonder song in stock. “Can I have it?”, the buyer asks. Barry simply replies, “Do we look like the type of people who sell crap like that? Go buy it at the mall!”

There are other significant characters as well. Iben Hjejle plays Rob’s recent girlfriend Laura, a headstrong woman who cannot quite decide if she wants to stay with Rob or find love in her newest relationship. Cusack’s sister, Joan, plays the close friend Liz, who admires both Laura and Rob but grows tired of his inability to find a stable relationship. Lisa Bonet is in the film as well, playing a local nightclub singer who attracts the friendship of Rob, and then sleeps with him. The most promising of all of them, however, is the “other” guy in Laura’s life, Ian, who insists on not answering phones when he is at the dinner table and seems to care, unlike Rob, about Laura’s feelings. When Ian appears in the shop to ask Rob to back away from his and Laura’s relationship, it inspires one of the funniest moments of the year, in which Rob fantasizes that he and his workers beat the living daylights out of the man before he knows what hits him. Maybe he doesn’t deserve such treatment, but whoever said that personal fantasies had to be fair, anyway?

Alas, even with all these terrific moments, the movie is not without faults. The big problem is that the film is stuck in neutral for almost a whole hour, displacing its story, humor and potency while Rob wallows in his own self-pity before finding the courage to analyze his love life. Character development suffers, too: Lisa Bonet’s, for instance, is never able to find stable ground and drifts off into the background once she and Rob get involved physically. Ian is another one of the more intriguing; but the plot requires little of his services, unfortunately, and as a result he gets swallowed by the oncoming subplots. A more interesting twist would have seen Rob and Ian duke it out over Laura’s heart, but no such luck there.

The movie is hardly perfect; in fact, there are times when it becomes incredibly frustrating to watch. Yet we laugh, we smile, we admire the characters, and relish in their approach of everyday situations regardless. “High Fidelity” has the energy and ambition that so few comedies have had this year, and on that basis, deserves to be recognized by a public that might just ignore it based on a poor promotional campaign.