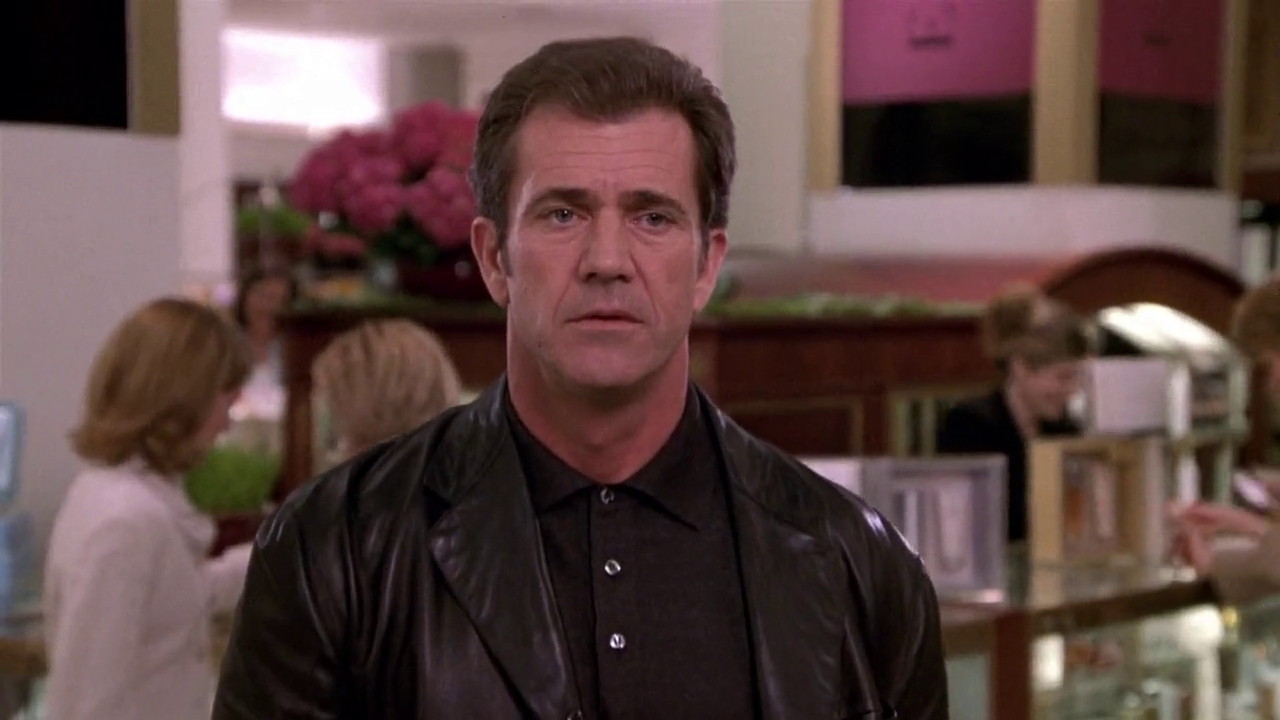 Assume for a moment that men were really able to listen in on the deep personal thoughts of the human female. What exactly would they hear? Dark secrets? Exotic desires? Perhaps shocking confessions? A mixture of all these things? The extent of the human mind boggles us, so no one can be exactly sure as to what is buried beneath the female cranium. Nonetheless, the attempt to presume what goes on inside makes for quite an interesting idea in a motion picture, and in "What Women Want," we see a thought-provoking spin in which Mel Gibson plays a man whose severe miscalculation of himself as heaven's gift to women is overturned when he is given the incredible opportunity to hear every thought that jumps out of their heads.

It is a conviction, unfortunately, that does not come across as effective as it might have, the basic reason stemming directly from the performance by Gibson, whose character starts out so detestable and loathsome that it hopelessly undermines the narrative's reasoning. It's easy to buy in on the fact that any man naive enough to think women worship the ground he walks on would seek some kind of change in ideals after being given this kind of power; how can we, though, even come close to believing that a man with sexist, crude and incessantly chauvinistic behavior could do exactly the same? Better yet, why would he want to, especially after finding out exactly how many of women around really feel about him?

Here's the story: Gibson plays Nick Marshall, an executive at a local ad agency who is up for a big promotion. He's also the idol of every wannabe-player, a man who manipulates and woos any woman around him, and is then praised by his friends for managing to cage any "chick" he desires. Things begin to heat up, though, when the agency, seeking someone to help bring in a larger female market, hires Darcy McGuire (Helen Hunt) in Marshall's place. She's taut, confident and a man-eater who does not hesitate to encourage every one around to connect with their "feminine side." When Marshall reluctantly takes that advice, though, he is electrocuted in the process. The incident triggers some kind of telepathy that allows him to hear anything that comes into the mind of a nearby woman. It is with that privilege, however, that Marshall gets a taste of his own medicine.

The focal point of love interest in this romantic comedy is that between Marshall and McGuire, but so little chemistry is generated between them that they drag us on and on without genuine interest. And that's a surprise, to some extents, because both characters are written with substantial oppositions and colorful personas, implying some kind of possibility for vibrant interaction. None of it ever gets of the ground, though; it's dry, routine, and severely downplayed. Certainly Hunt and Gibson are cast in the correct roles; it's just the screenplay's misconception that ruins it all.

Admirable, at least, are some the minor characters, particularly those played by Bette Midler and Marisa Tomei. They are as wise and informed as any female could be in a movie, and though they don't have as much screen time as they should, they do provide for a few humorous chuckles at some points. A great deal can be said in defense of director Nancy Meyers, too, who pays some very close attention to characteristics of the human female, thoroughly justifying their fantasies, moods or motives even when we ourselves would never consider thinking or acting on those particular situations.

When you get right down to the basics, the only serious problem here (other than the stiff Hunt/Gibson relationship) is the screenplay's depiction of these events. Mel Gibson may look like a Casanova on screen here, but is a character like Nick Marshall, who shoots only to score (literally), really what women want in a man? Change is good, but a leopard's spots are forever.