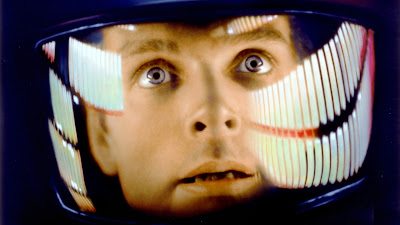 
Think for a moment about what defines science fiction. Is it simply about sensationalism? Or is there an organic element somewhere deep within that anchors our intrigue? Does it have to be dark? Can it be a silent film or a musical? The answers all point to individual interpretation, but the wisest experts in the field will tell you that any question you ask regarding the genre is bound to wind up with a "yes" reply. This is a realm of moviemaking that is seeped in elasticity; it baffles, provokes, frustrates and intrigues to the point of obsession. Lines are drawn simply to be broken, and the foundation of an idea can often spread into new and exciting realms of reasoning.

With these concepts constantly fresh in the mind, I swallowed any possible ounce of refusal and gave in to the group's requests. Immediate difficulty, however, rose from this inquiry: how does one make a fair assessment of science fiction in a list of 25 with so many possible angles to choose from? The key seems to be in the diversity of choices, which allows us to emphasize several areas of the genre independently under one giant umbrella. Of course, it would be easy to simply slam space epics like "Star Wars" on a list and call it a day, but where does that leave everything else? Science Fiction offers us more than we realize; we should take it up on all its offers.

My final list attempts to balance the best of all worlds, although it may not be the most accurate reflection of what most industry analysts would vote as the greatest (none of the "Star Wars" films, for instance, received a personal mention). How did individual choices manage in the final list? 19 of my 25 selections made much-deserved appearances. Here are the respective results...

THE OFCS's TOP 100 GREATEST SCI-FI FILMS (in reverse order):
Of all the votes counted during the process, the most constant #1 choice among voters was the only obvious choice: Stanley Kubrick's unforgettable "2001: A Space Odyssey," which redefined the essence of the genre in the late 1960s. Obligatory follow-ups were made by "Blade Runner" and the very first "Star Wars" feature, but big surprises were made as films like "Dark City," "Back to the Future" and "A Clockwork Orange" made it into the final top 20. Movies like "Forbidden Planet," "Tron" and "Night of the Living Dead," meanwhile, settled for lower placements despite largely devoted followings. The most curious entries: "Highlander" at number 95, "Men in Black" at 92, "Starship Troopers" at 62, "Independence Day" at 49, "Contact" at 20 and "Aliens" at 11. All a small price to pay, I guess, for a handful of opinionated movie reviewers participating in a democratic vote.