Narnia and Christianity -- One in the Same? Hardly. 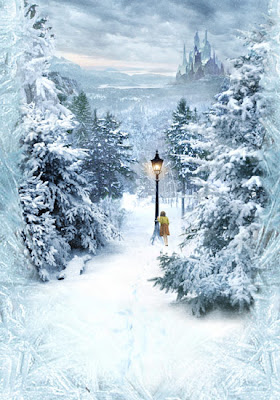 In art the audience is encouraged to project its own emotions and feelings onto a slate of work, not necessarily feel things the way their creators intended them to be. Not only is it more sensible a notion, it is also easier -- who the hell knows for sure what the exact message of a certain detail was in a piece of literature or in a scene in a movie? The great thing about it is that looking from different perspectives makes for more worthwhile discussion, otherwise you might as well just have the author or filmmaker stand in front of you and tell you exactly why things are the way they are.

Imagine how boring that all would be. Imagine, furthermore, how completely withdrawn the casual person might become if they were forced to endure continued talk about the thrust of something like the Narnia Chronicles, in which C.S. Lewis supposedly modeled his series of children's fables after certain interpretations of the Bible. Reading, watching, hearing -- whatever the task -- is made unique because by people bring their own idealism and perspective to the job, not by someone trying to directly correlate the meaning of something the same manner that its founder did.

Now that C.S. Lewis' series of novels are starting to make the transition to the big screen ("The Lion, The Witch and the Wardrobe" debuts in December), we can look forward to all kinds of force-fed rhetoric about how these stories represent the ideals of a religious following, how they hold up faith in God, blah blah blah. It certainly hasn't taken the studio very long to appeal to the religious sector, either; now they have enlisted the help of Motive Marketing, a faith-based group that stood behind much of the promotional campaign for "The Passion of the Christ," which was targeted to -- naturally -- Christians. One of the group's representatives already hints at the outlook: "The Christian community will provide opportunities for people to take their kids to this movie through block-booking and church outings and we will be making sure that Christians go in droves."

Now here's where the question on most of our minds has to be asked -- WHAT'S THE POINT? In a movie that, much like its source, features talking lions, witches, exotic scenery and fables in which humans fight alongside animals with swords and shields, what self-respecting casual moviegoer is going to go to this movie simply on the basis of its religious underpinnings? Talk about a stupid marketing approach. Never mind the fact that the air of Christian support often suggests limited appeal for movies that earn it, but what about all those other "non-believers" (as fundamentalist religious backers like to call them) who may show interest in the film for entirely different reasons? Are they going to be part of a marketing outreach or will they just be tossed aside?

I read the Narnia stories when I was a kid and loved them. But I do not love them because of what they may or may not tell me about God's gifts to Earth, or what it may tell me about Christian moral values. That's bull. And so is, frankly, this whole suggestion on part of the studio that the sole intention of a movie based on a superb piece of literature is to make moviegoers into believers. What happened to the days when you could just go to a movie for what it was instead of what someone else wanted you to think it was?