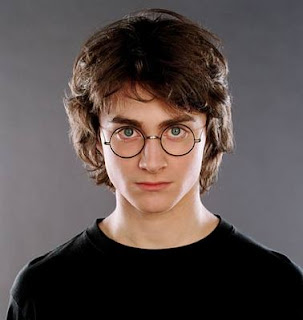 But now we are on the crest of yet another full-scale Potter promotion schedule. Book six in the seven-part series is being released next month, in a first printing that is expected to total over 10 million copies. The fourth movie, "Harry Potter and the Goblet of Fire," is being geared for release in November. No matter how you feel about it or where you stand, the attention is unavoidable. And it is such incredible attention that brought me, a former cynic, to really ask myself an important question just over a month ago: what is it about the stories of Harry Potter that appeal to so many people?

I took the plunge in early June and read the first of J.K. Rowling's books in the series. The result was like having cold water splashed in my face; not only was the book engrossing, but also one where the adventures of a few young wizards and witches actually seemed more fully realized than the initial evidence suggested. "The Sorcerer's Stone" provides as a book all the necessary setup and perspective that was very much absent from the movie adaptation, and a repeat viewing of the film directly after a finished reading brought me to the same conclusion: visuals are the stars of the movie franchise, not the young actors.

Progressing further into the series has been equally rewarding as I slowly but surely grasp the rules and regulations of the Potter reality. I have savored the subplots, thrived in the neat little quirks of the characters (who knew the Weasley twins were this funny?), and felt the kind of linkage to the tragedies and triumphs of the heroes that I have not felt since reading the Narnia chronicles so many years ago. Yes, now the appeal is suddenly understandable here; "Harry Potter" is not only a story with great adventure and journey at its heart, but a fable that reminds us just how rich the world around you seems when you are so young. For those of us older than the target audience, it recaptures the thrill of what it was like being a kid.

Comprehension of this scenario has seemingly inverted my anticipation level for the upcoming additions to the "Harry Potter" legacy, particularly concerning the newest movie. "The Goblet of Fire" perhaps has the greatest potential in this series for a couple of crucial reasons: 1) because it's director, British filmmaker Mike Newell, is relatively new blood who can potentially bring fresh perspective to the franchise; and 2) because the fourth book is also the best of the five, with lots of exciting adventure, intriguing new characterizations, and a climax so tense and emotional that its cinematic potential is incredibly great. It remains to be seen if the movie series can be rescued from here, but the optimism is there a lot more than it used to be.

Now if you'll excuse me, I'm off to study likely candidates who may or may not be the Half-Blood Prince of book number six.