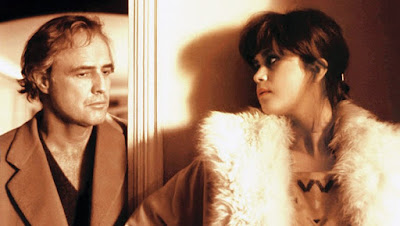 His performance in Bernardo Bertolucci’s astounding masterpiece stands, even now, in defiant confidence of an era where social context would otherwise frame it with less admiration. Towards the end of the director’s life, details of a shocking production have cast moral doubt over the safety and endurance of its own stars – namely Maria Schneider, playing Brando’s sexual interest, who reportedly underwent years of psychological care due to what she endured during filming. One key revelation, involving the use of butter during a sequence where her character is essentially raped, is more problematic; reportedly, Schneider had no idea that her co-star was going to smear the inside of her thigh with the substance, and in the moment genuinely believed she was being violated. Bertolucci’s reasoning: he wanted a totally convincing moment of a woman living a horror – a genuine reaction resembling the sorts sought similarly by William Friedkin, who loved exposing his actors to danger just for the sake of performance. But in the wake of a wave of scandals involving sexual assault throughout the industry, it has become an unfortunate anecdote against acceptable artistic process, unravelling much of the momentum the film has lived with over the course of its 40-year shelf life. Nowadays it is virtually impossible to discuss the movie without attaching an unfortunate footnote.

Now comes the dilemma of separating that notoriety from a film that, absorbed outside of its notorious context, is one of the most remarkable and heartbreaking movies ever made. Towards the early part of the 21st century, my film knowledge was only beginning to blossom; directors like Kubrick and Hitchcock were like the pilots of a creative engine, and Bertolucci’s films felt like the wondrous destinations. In a summer that included the release of “The Dreamers,” I also saw “The Last Emperor” – a Best Picture Oscar winner – and “Last Tango” over the course of a single weekend, and became infatuated with a method that transitioned flawlessly between deep feeling and meticulous aesthetic. Though his characters were often intellectuals, their prowess of well-spoken manner and custom were frequently undermined by inconsolable traumas lurking beyond the periphery. Use these descriptions when you consider Brando’s Paul and you begin to grasp the wisdom of that potential; his is a man of worldly charm and deep thinking, but what does any of it matter when grief hits him with the force of an avalanche?

The movie surrounding him is a long, often unpredictable observation of his grief-stricken throes, right down to the pivotal moment where he must confront the body of his young wife. She has committed suicide well before the film has opened, but her loss permeates through every interaction he shares with others – including a priceless exchange with his mother-in-law, where he berates her into fright after her suggestion of a religious funeral service. Yet it is and that single scene in that dark room, surrounded by candles silence, in which Paul’s entire prowess is revealed. He has been robbed of his power, of his ability to function in a world he feels superior to. Why did she take her own life, so young amid professional accomplishments as the curator of a Paris hotel? Bertolucci’s suspicion is secondary, like a man who is too traumatized by the force of his star to care much about reasoning. And Brando’s grief is as real as a strike of lightning, roaring across the screen as if being lived by a man who can’t tell the difference between himself and his vessel.

That thirst for power, of course, leads him early on into the company of Jeanne (Schneider), a young woman searching for lodging in a city she is a stranger to. The opening scenes show her enter an apartment occupied by a grieving Paul, but neither pays the other much heed. They are like strangers passing one another on a crowded street. But brief little exchanges – hers curious, his mostly muddled whelps – eventually lead to a moment where they sense sexual magnetism. He takes her on the floor, and the two experience a release that defies romantic suggestion; it is a crude struggle of submission and dominance by two people unsure of what they want in that moment. He proposes a plan: every few days, they both will meet here, in this vacant apartment, and share time together. No names will be exchanged, nor will details of personal histories. She accepts that pitch, but inevitably finds herself infatuated with his mystique beyond just the mechanics of sexual release. Eventually those yearnings will evolve into greater curiosities, but not before he attempts to alienate that interest with an inconsolable cruelty. And that will eventually lead to the infamous butter sequence, which flips the most jarring switch.

Apart from the story underlining that one moment, however, notice how thoroughly Brando and Schneider handle this material. Much of the dialogue is written as if improvised, with cues that play like a natural progression of conversational anecdotes (a scene where they sit together, embraced, while making vocal noises is a snapshot of this possibility). They don’t speak to each other as if guarded by their nerves or insecurities. They embrace the playful, the silly, and even the hurt of what they experience. The movie contrasts these liberating notions with realities that seem more like weights crushing their emotional maturity – him stifling the emotional confrontation of his loss, and she wanders cluelessly through an engagement with a filmmaker who is far more excited about nuptials than she. What does she want out of life: stability, or excitement? Paul clouds the issue by giving her sexual intensity interlaced with disrespect. Yet she cannot turn away from it easily, much like the struggle of two dancers in the middle of a tango. This is as much her last brush with innocence as it is his final stroll through powerful sensation.

All three artists were in top form for a movie so lauded upon release that it transcended its very rating (the dreaded X, then later the NC-17), and was universally loved by critics (Pauline Kael’s own accolades were notable, perhaps, because of how rigid her measuring stick was). Over the course of time, with consistent revisits and rereleases, little of that momentum wavered, and the next generation saw within Bertolucci’s endeavor a snapshot of the coldest and most painful human exchanges that could occur between two people at polar opposites of social existence. I was part of that new wave of enthusiasm, and quietly I held the picture in an esteem reserved for very few precious treasures of the cinema. Can I say the same now in the wake of all those notorious revelations? All art, in some way or another, must eventually stand beyond the problems of its production, however dangerous or immoral. Think of how terrible the great Rainer Werner Fassbinder treated his stars on the set of “The Marriage of Maria Braun”; that detail is indefensible, but his movie remains a powerful window into the soul of his tortured prowess. Time will tell if the terrible insights (unforgivable as they are) will have a lasting impact on “Last Tango in Paris.” Others have weathered worse. But in this moment, in this age where the human behavior system is rarely an important facet in film narratives, here is a picture that still throbs with all the pain and misery of its deep emotional wounds.