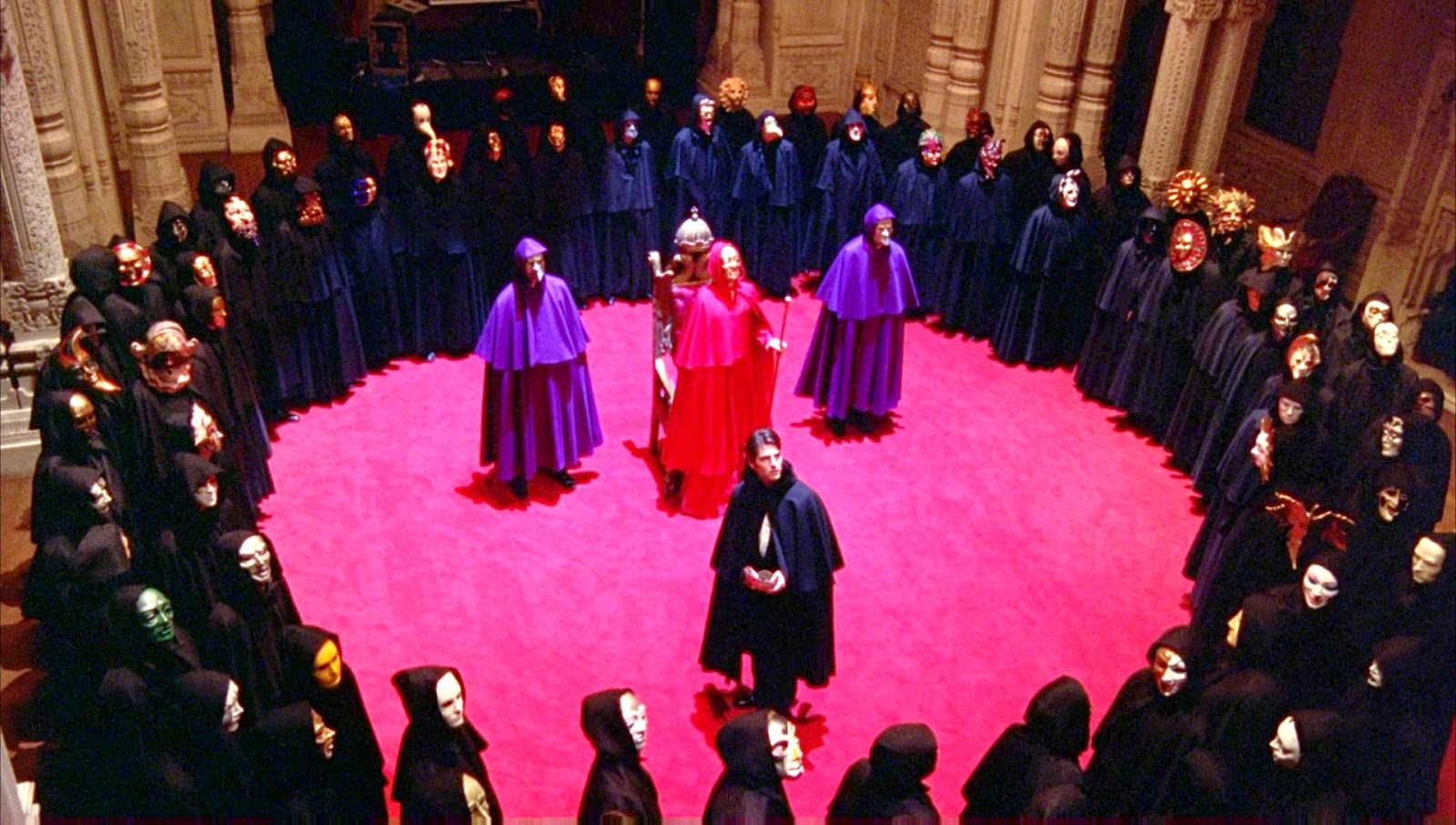 The scene in question takes place at a mansion, in which Tom Cruise is guided through several rooms of a costume party where couples engage in simulated sex. Instead of seeing these acts, as Kubrick filmed them, they are covered by digital extras who stand in between the camera and the action. This is an effect that produces grainy and disagreeable results, especially since most of the sexual acts are not up close and are not filmed in extreme detail (according to Ebert, no genitalia are revealed on screen). Why the MPAA considers sexuality, rather than gratuitous violence, eligible for NC-17 is beyond me.

Stanley Kubrick, who is literally considered the finest director that ever lived, died somewhat unexpectedly this March, shortly after finishing the filming of "Eyes Wide Shut." The project had been underway for quite some time, and was so secretly filmed that not even Harry Knowles’ spies from "Aint-It-Cool News" were able to pick up on any information regarding the film’s premise. For awhile (actually, since April, when the first footage was shown), the rumor was that the film would be a new step in adult entertainment, in which Cruise and Kidman played two psychiatrists who experiment with sexual fantasies on their patients. Now, after the screenings, that does not appear to be the case. The movie is instead a echo of the forces that bind together a married couple. In other words, an exploration on love, trust, and mutual relationships.

I have not seen any advanced screening. I will be seeing the "blocked" release, as everyone else, this Friday. Next week, when my review appears, I shall warrant a star rating according to the movie’s artistic merit and not according to what Warner Bros. has done.