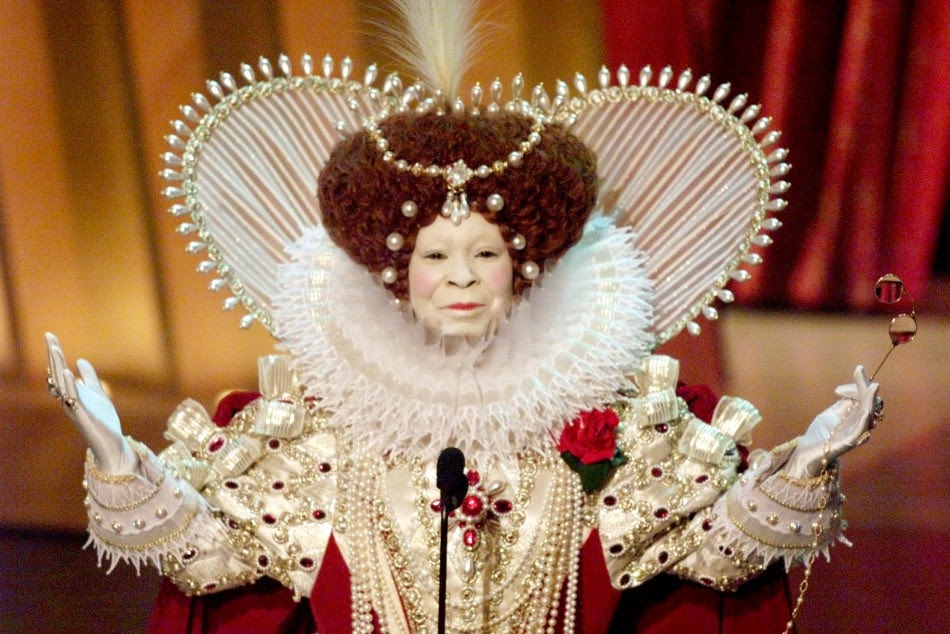 Usually, the Academy Awards belong to a certain individual who either steals the show or receives the most awards, but the show was neither Spielberg’s or Shakespeare’s this year. Roberto Benigni, whose Oscar-nominated "Life Is Beautiful" touched millions worldwide, saved the show sometimes from absolute boredom, earning 3 Oscars, including Actor and Dramatic score. When it won for best Foreign Film, the marvelous Italian Sophia Loren presented the Academy award to Benigni with tears of joy; Roberto himself was so excited at winning that he stood on the back of Spielberg’s chair and found an audience cheer among the loudest of the award show’s entire history. Even before the award was announced, people were chanting "Roberto," as if there was no other choice for winner of Best Foreign Film. There wasn’t.

Meanwhile, the best of the five nominated pictures, "Elizabeth," got best achievement in makeup, and nothing more. No Art Direction, no Costume Design, no Cinematography, no Actress--nothing. Even big critics had predicted the historical drama to walk away with at least 2 awards, while I, apparently the film’s #1 fan, predicted it to receive 3 or 4. Winning 1 isn’t a total shutout, but it comes awfully close.

But most other movies were not as lucky. "Gods And Monsters," the fascinating story of "Frankenstein" director James Whale, only took home the Oscar for Best Adapted Screenplay, although Ian McKellen clearly deserved one as well for his performance as the dying director. Meanwhile, "Pleasantville," a film popular with critics, lost all of its technical awards, and the Picture-nominated "The Thin Red Line" walked away empty-handed, too. Sure, the movie was no masterwork, but it at least deserved an award for its brilliance in cinematography.

Also turning out to be ultimate losers were "Armageddon" and "The Truman Show," two big hits last summer that were nominated in important categories of the evening. I, however, was glad that "Armageddon" lost all four of its nominations, and was not surprised to see "The Truman Show," 1998’s #2 critical success, subbed out entirely. And speaking of "The Truman Show," one of the evening’s highlights was Jim Carrey, who stood on stage presenting the Film Editing award and gave his own version of a non-exceptance speech. "Winning the award is not everything," he said. "It’s an honor just to be nom...Oh god!"

Poor Jim. But heck, at the rate he’s going, he’ll be back soon.

Fashion plays a big role in attracting a television audience for the Oscars, and with the elusive success of Elizabethan England this year, the stars turned out all shiny and bright. Lynn Redgrave, nominated for Best Supporting Actress, carried at least 30 carats of diamonds around her neck, which in turn supported the look of her elegant light-blue gown. Cate Blanchett, although never getting up from her seat, was well-received in the fashion circuit with her dress, embroidered with flowers and hummingbirds along the backside.

But keeping away from the fashion (one might say I’m a victim of it), the evening’s look was stunning, too. Ever since last year’s Oscars, designers had been working hard on designing a set for the last ceremony of the millennium. This year, the globe-like structure supporting an Oscar statue in the center had an elegant ballroom feel to it, and that was even more distinctive during the performing of the five Oscar-nominated songs.

The biggest surprise, however, was not of the winners, but of the lifetime tribute award, which was given to the brilliant filmmaker Elia Kazan. Because of his communist past, the Academy geared up an unnecessary controversy surrounding the achievement, and asked audience members to ‘sit on their hands’ when he came onto the stage. That, of course, was a ridiculous and crazy suggestion, as seen by some audience members like Kathy Bates, who stood on their feet and applauded his marvelous body of work, which includes films like "On The Waterfront" and "A Streetcar Named Desire." Meanwhile, some audience members, namely nominees Ed Harris and Nick Nolte, folded their arms and sat there while the achievement was given. That must be their way of saying "we’re sore losers, so why should we be the only ones who have to feel that way?"