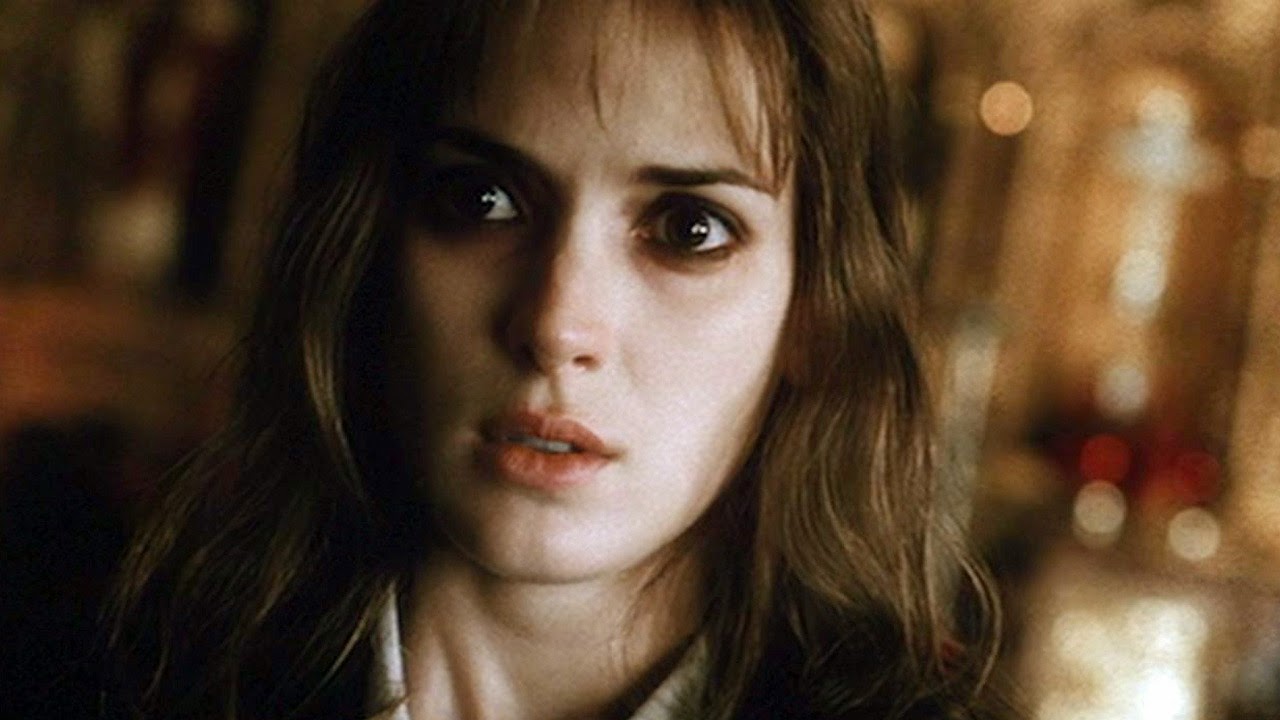 Why, exactly? Because after all the hype, and all the releases preceding it that we can compare it with—“Stigmata,” “End Of Days,” “The Ninth Gate,” “Bless The Child,” and even the director’s cut release of “The Exorcist”—“Lost Souls” is one of the most pathetic and halfhearted attempts at horror you could ever imagine, with a story that wreaks of idiocy, and characters that seem to drift off into space just when they are launched onto the screen. Even the movie’s style, which was at least enticing by the previews, is lifeless, murky and depressing; it’s as if the studio dipped the film into a vat of bleach before distributing it.

The film stars Winona Ryder as Maya Larkin, an eccentric young woman who was once possessed by the devil (or so flashbacks try to indicate), and has lived a sheltered life because of it. At the opening of the picture, she is whisked back into the battle of evil when Father Lareaux (John Hurt), who is sort of a leader in a bandwagon of exorcists, informs her of a possession taking place across town in a mental ward. When all of them get together to perform an exorcism on the man, who is also a known serial killer, we bear witness to loud noises, a door banging and flashes of light, but no direct visualization of the occurrences. When security busts down the door to the cell to investigate the violent disturbances, Lareaux collapses in utter shock and the possessed man slips into a deep coma.

While there, Maya acquires a series of papers with numbers written all over them. Through some sort of decoding system, she learns that one of the messages spells out the name Peter Kelson (Ben Chaplin), who, as luck would have it, is a local author who has just written a book on a newly-convicted serial killer. Through several other connections (most of which defy explanation), it is revealed that Kelson is actually the vessel for which Satan will assume human form and be born into the world as the antichrist, and Maya rushes to warn the man of his fate before the transformation takes place (and for some reason, it’s scheduled on the exact minute of his 33rd birthday).

With this kind of premise, it’s easy to assume the movie at least has all sorts of pleasing visual gimmicks for the viewer to gawk at. But “Lost Souls” has little of this to offer; in fact, aside from loud noises and demonic voices here and there, most of the action either takes place behind closed doors where we can’t see it, or is halted before it has a chance to manifest. There is a moment towards the end when Father Lareaux becomes possessed himself, and Maya is forced to perform an exorcism on him; much like the first ceremony performed at the beginning of the film, this all takes place in a darkened room where nothing can be seen of the actual ceremony other than a shaking door and creepy voices.

The first exorcism uses this kind of subtlety to create a sense of foreboding atmosphere, but what’s the point of it being used the second time much later in the picture? Does the director assume we can’t take the ferocity by then? Or is he just taking an easy way out so he can approach the climax faster? The actors, particularly Ryder and Chaplin, seem to suffer the most here; they look so bored with the material that they stare into each other’s eyes as if they’re trying not to laugh hysterically.

The director here is Janusz Kaminski, the talented photographer that gave “Schindler’s List” and “Saving Private Ryan” their intense, realistic edge. If only this movie’s cinematographer, Mauro Fiore, had similar enthusiasm; the drab, gloomy texture of the film is backed by lots of ambiguous camera shots and fragmented edits, which not only undermine the mood, but disorient the audience as it attempts to make sense of the narrative. Towards the end, after spending countless time investigating the prophecy that will turn Kelson into the antichrist, both Maya and Peter finally arrive at a decision that will effect the outcome of this transformation: a decision that leads to a brief moment of tension, a swift climax, and then the closing credits. Funny how in movies like this, everyone seems to wait until the last minute to take action against something that could easily be halted right from the beginning.