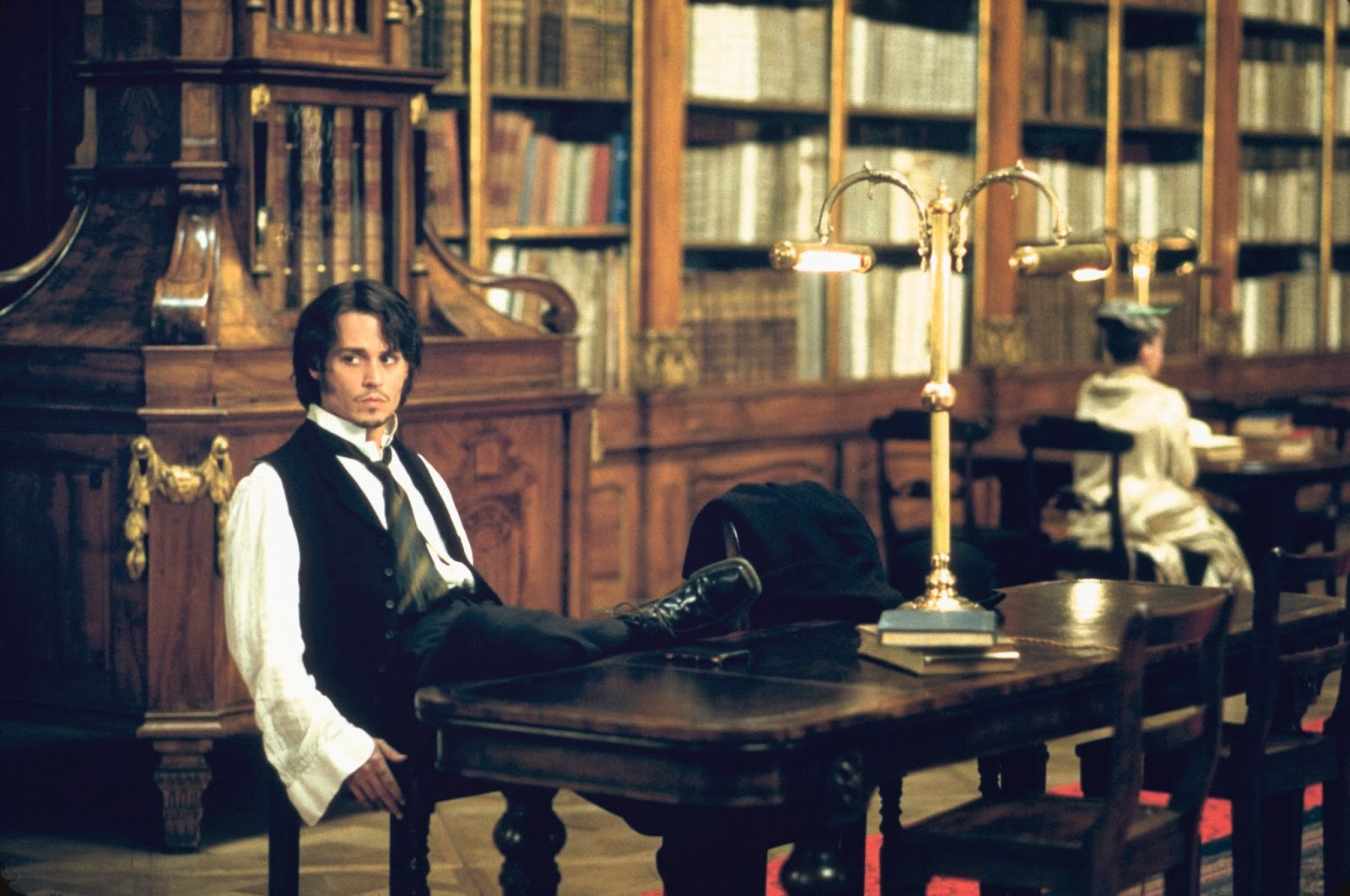 The theories of Jack the Ripper and his murderous rampage have gone from the realistic to the completely absurd. Few even link his crime spree to the British monarchy, implying that a conspiracy much like that of the Kennedy assassination could have existed at some point during that time. Few ideas, though, can be considered as thorough and as captivating as those described in the graphic novel "From Hell" by Alan Moore and Eddie Campbell. Their version of the Ripper legend is founded on the belief that the identity of the person responsible could have very well been what authorities, at the time, refused to believe: a wealthy, intelligent and distinguished gentleman of English background who would never seem like the viscous type in front of his peers. The validity of that approach, needless to say, heightened the mystery to a level that history books could never achieve, and as a result, it remains one of the most fascinating and audacious endeavors of its kind.

The new movie "From Hell," based on that same graphic novel, intensifies the intrigue even more than the novel did, using visuals so well orchestrated and evocative that the events are not simply being depicted, but actually happening to us. Towards the opening of the picture, we watch on in horror as an unknowing prostitute, walking past a building in the dead of night, is viciously pulled through a dark doorway and butchered in the shadows. The only element the audience sees is the blade of the knife itself, making swift stabs at its victim and emerging soaked in blood. Afterwards, the camera pulls up and we see the twisted face of a stone gargoyle gazing at us. The way in which this scene is presented is so subtle and suggestive, it feels less like a plot twist and more like a genuine event.

The film is equally as powerful and dynamic in the way it portrays its story. The first focus we are taken to is the cruel, foreboding streets of a crowded London, as Mary Kate (Heather Graham) and her friends—fellow prostitutes—live life in fear of almost everyone around them, specifically a gang of thugs known as the Nickel boys who seek to collect four pounds from them by threatening their lives. As they work day after day, performing acts that do nothing but enforce their status as abused objects, a dark cloud falls over the city. Hookers are being found mercilessly slaughtered on street sidewalks, their insides removed hurriedly, but with much precision. Fearing an outbreak of slaughter, the local authorities hurriedly turn over the case to Inspector Fred Abberline, an opium user whose addiction seemingly causes a form of clairvoyance to manifest, giving him the ability to have visions of events before they actually happen. Needless to say, those perceptions are always associated with the Ripper's dirty deeds, and he uses this asset to closely follow the murder cases in hopes of unraveling the very complex mystery laid out before him.

It would be unwise to reveal any more plot details here, because the majority of the twists and turns provide significant clues in piecing together the puzzle the movie lays out for its viewers. The script by Terry Hayes and Rafael Yglesias makes significant use of the time it is given, and is an astoundingly structured and well-paced endeavor that is seldom overwhelming and almost always plausible (even at moments that leave us rather baffled). Their ultimate challenge, however, lies in the effort to offer a sense of valid closure on a tale that remains unsolved to this day. Do they come through? Absolutely.

Unlike what many writers would have done, Hayes and Yglesias genuinely seem to care about the thesis of the graphic novel itself; they have pieced together their story using many significant chunks of the source material, further enriching it by treating the characters more like cautious observers rather than brainless victims. Heather Graham does very well as Mary Kate, the hooker who knows how important it is to keep your guard up when out on the streets at night, and Johnny Depp, bearing a close resemblance to his persona of "Sleepy Hollow," is highly satisfying as the Inspector who looks into every crevice for vital information, even if it's something most authorities would easily look over.

Furthermore, the style of "From Hell" is one of the most vibrant and ambitious seen in the movies for quite a while. The sets are rich and luscious, capturing the essence of 19th-century London so effortlessly that, when it starts raining, you begin to feel wet. The cinematography, likewise, is very ambitious; the camera makes intense swoops through dark alleys, long halls and shadowed rooms as the important events unfold. Granted, the bulk of the visuals are very bloody and graphic, but considering the technique in which they are presented in (the most revealing moments don't happen until we've already deeply descended into the subject matter), we hardly find that surprising. The movie was, after all, directed by the Hughes brothers, who made "Menace II Society" and "Dead Presidents" and are directors who use extreme violence in ways necessary to the story's unfolding. Some accuse them of being too over-the-top in the way they approach this concept, but if you were forced to choose, would you rather sit through bloodshed that actually makes a valid point or exists only to turn stomachs?

"From Hell," despite several wonderful qualities, is alas not without faults. One problem that will have viewers constantly irritated is the movie's failure to successfully establish the given names of its characters; in fact, early on we actually find ourselves referring to Depp as merely "the Inspector," and Graham survives the movie being known mostly as "that girl." Another damaging flaw: the movie's lack of an exciting payoff. It is a given that the truth will be revealed before the last scene, and that we will be left surprised by the revelation, but when these factors actually play out, they don't emerge as anything climactic or mind-numbing. They just sort of happen, and then that's it.

Provided you can tolerate these rather minute problems, "From Hell" is well worth the ticket price, and not just because it provokes us to discuss our own theories on this madman openly. Jack the Ripper is hardly an unrecognizable movie monster, either; in ways, he's like the first Jason Vorhees or Michael Meyers. But there's something even more intriguing about him to us than those generic horror film creations. He didn't strike on an impulse—he choreographed his attacks, he knew exactly what he was doing, and most importantly, he was once a real person. Those elements alone makes him all the more terrifying to us.

Produced by Don Murphy and Jane Hamsher; Directed by the Hughes Brothers; Screenwritten by Terry Hayes and Rafael Yglesias; based on the graphic novel by Alan Moore and Eddie Campbell