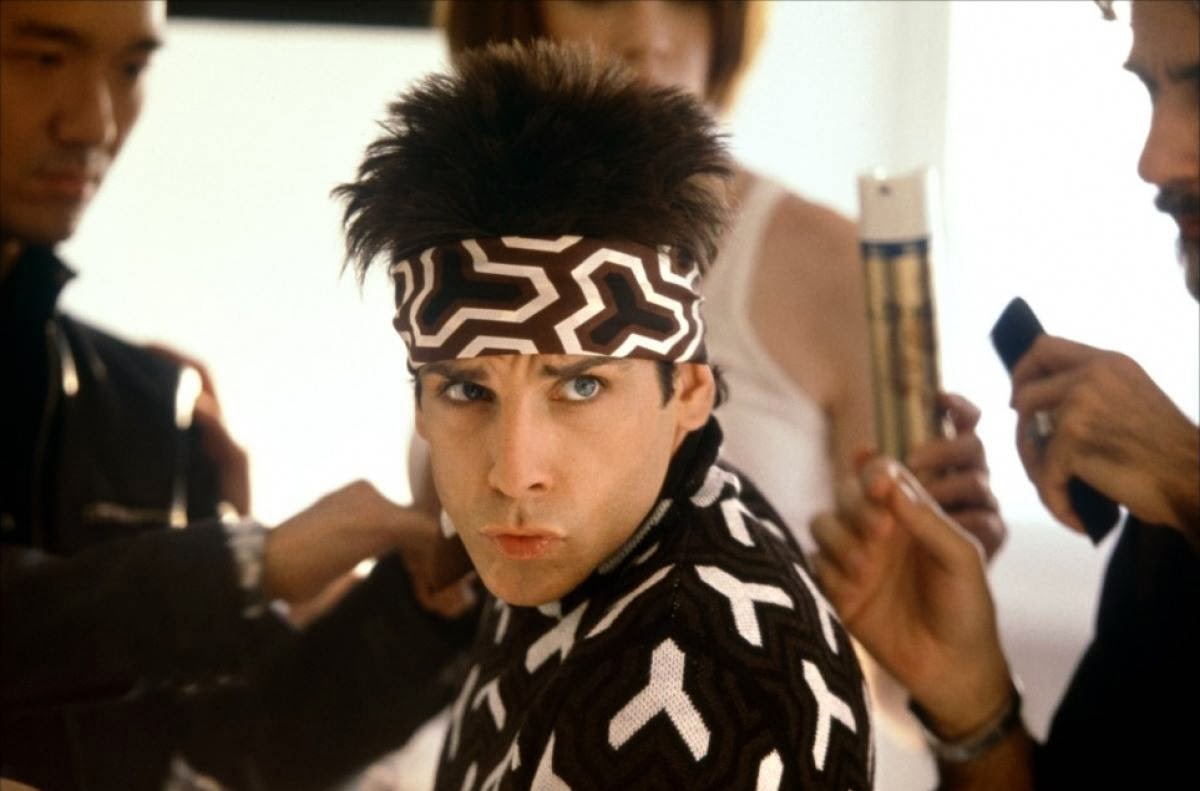 The movie was directed by Stiller himself, who is usually the butt of jokes in the movies he stars in, and yet somehow always manages to come off as an authentic and observant comedian, albeit often in an embarrassing sort of way. After seeing what he puts us through here (not to mention "The Cable Guy" and "Reality Bytes," which he also directed), perhaps behind the camera is not the right place for him; as the man in charge, he takes away the opportunity for a real director to offer constructive criticisms on how he can effectively handle this particular role. The man he plays is Derek Zoolander, a flashy, flamboyant and dimwitted male model who was once at the top of his game, but has now begun to slip quietly off into the background to make room for more fresh faces, one of them being the Ken-doll-like Hansel (Owen Wilson). Zoolander's slowly-degenerating public existence attracts the attention of sadistic Jacobim Mugatu (Will Ferrell), a bizarre and creepy fashion designer whose work is produced primarily through child labor. The reason? Mugatu needs a brainless man with a great physique to carry out his goal, which is to take out the Prime Minister of Malaysia because, as the movie tells us, he is threatening to close down the sweat shops from which the designer's work is crafted.

In just 86 minutes, "Zoolander" manages to incorporate a lot of brainwashing, runway-walking, pained facial expressions and quirky hair styles, but almost never a shred of wit. Other than an inappropriate approach to an assassination plot (which later spawns an unfunny and implausible gag directed towards the Kennedy conspiracy), the movie also confuses comedy with general stupidity, allowing the characters to spout out lines of idiocy as if the effort is enough to warrant laughs. Stiller is always the key victim in this severe miscalculation of humor; he occupies the movie like a failed comedian who won't accept being booed off of stage. None of the main actors are ever given a solid possibility to gleam something out of the stale material, and the movie features countless celebrity cameos, ranging anywhere from David Duchovny to Cuba Gooding, Jr. to Winona Rider and even David Bowie. The cameos, alas, serve no purpose other than to provide the picture with extra faces; some don't even have their own lines of dialogue.

Could things get any worse? Of course they can. When the efforts of the movie's stars aren't being wasted by the severe script stupidity, they're being torn apart in another manner: that of the movie's need to dress the stars up in costumes so silly that they would make Bob Mackie cringe. There is a scene I am reminded of in which Zoolander and Hansel face-off in a model posing contest, all in front of a cheering audience and to the tune of Michael Jackson's "Beat It." The result of this particular scene could have at least been plausible, if not for the fact that the actors look like they've wandered off of the set of "To Wong Foo" and accidentally onto this one.