The reputation of being a "film critic" 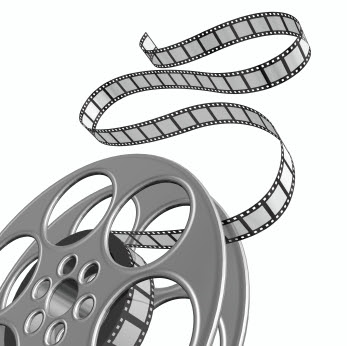 It's always a nice gesture when someone takes the time to read a piece of your written work. There is also a great personal reward in having that work discussed between the writer and the reader; not only does it make you more productive in terms of understanding one another's opinions, it keeps you motivated and focused in the task of producing new articles, particularly when you have the urge to stand back and wonder, "why am I doing this at all?"

In the six-plus years I have written film commentary on the internet, I've heard great input from a lot of sources -- some of it positive, some of it negative, but all of it appreciated. There is no better feeling in this vocation than knowing that your work is being absorbed by some alternate source; you have done something that will occupy a span of a few minutes in someone's day, and perhaps will leave a slight impression (be it a bad one or whatever). In our world time is the essence of everything, after all, and sometimes it is actually too much to ask for people to set aside just a few short moments to take a look at something you've done. By doing so voluntarily, the readers have unknowingly made a great contribution to the one who actually did the work (regardless of the response they may have). It is prospects like that which keep some of us writing for so long.

But here is where it gets a little annoying: no matter how often you may or may not hear from the people who read your stuff, there is always that one group of individuals who disregard the entire existence of those who write about movies professionally. The common excuse: "People should judge a movie for themselves instead of listening to reviewers. Everyone has their own opinion."

Now every time I'm confronted with this argument, a sharp pain hits the back of my head. What kind of discussion point [font=Tahoma]is that, anyway? Some half-hearted logic that people use because it automatically gives them an excuse to not read a film critique? Several have offered explanations, but all I see is an obvious cop-out. Not only does the "everyone has their own opinion" logic lack foundation, it's the most obvious rhetorical statement that a writer will ever see. Of course people have their own opinions; do you think we're doing this because we want to control your perspective or something? Hardly.

In closing that argument, it's a necessity to state another obvious: writers are not necessarily here to shape your perspective. They are here to offer their own individual insight -- that is, a personal (and perhaps persuasive) analysis on film where readers have the permission to agree, disagree, discuss or even gather information on a specific motion picture that may interest them in some way. Some people refer to film reviews looking for suggestions; others read them after the fact to see what a different viewpoint might be. But in any and all cases, the audience has its own prerogative here just as it does at the movie itself. End of story.

Having said that, I continue to welcome the ideas and discussion points that my audience provides, be they total agreements or literal inverts. This is what cinema wants us to do: share perspectives with each other for the sake of provoking insightful discussion. And indeed, once a writer reaches that level of interaction with his or her peers, all other negative connotations easily disappear into the background. At least for the most part, I guess.