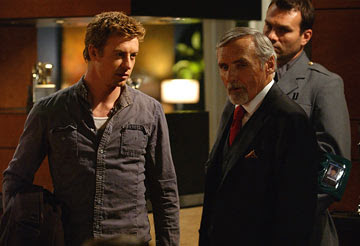 There is a certain morbid obsession I share with the average moviegoer when it comes to zombie movies, an ongoing allure that has me inexplicably flocking to stories in which mankind is being victimized by walking corpses with a taste for warm human flesh and blood. The approach is certainly not without its restrictions, true - exactly how much can you do with a villain when he's dead? - but something about the stagnancy of the setup (or maybe even the complete lack of seriousness of the concept) makes it impossible to disregard. Thankfully most filmmakers seldom stray far from these sentiments, too; in the years that the zombie has walked the celluloid, they have come to recognize their mindless mute antagonists as a creation whose only viable purpose on film is for synthetic thrills. Some might consider this a kind of back-handed exploitation of a genre that began with relevant psychological context, but consider this more carefully: if you are going to spend two hours at a movie for nothing other than sheer visual stimulation, wouldn't you rather be around brainless zombies rather than brainless teenagers getting hacked to death by masked killers?

If every idea or concept owes its success to specific individuals, then George A. Romero is undoubtedly the granddaddy of the cinematic walking corpse. His 1968 opus "Night of the Living Dead" is considered by most the best zombie film ever made, a launch pad of ideas that heralded a movement which continues even today. Romero's other entries in this field - "Dawn of the Dead" and "Day of the Dead" - were equally regarded for evolving the social and psychological potential of the premise, while other, lesser entities, simply sidestepped the context in favor of what has become the quintessential staple of the modern tale of the undead: relentless blood and gore. There has, of course, been a good deal of success with the more basic approach (as seen most recently in the remake of Romero's "Dawn of the Dead"), but it is those few films that match the violence with an insinuation of reality that leave a more lasting impression. Danny Boyle's "28 Days Later" is perhaps the most recent example of that trend; not only was it a complete departure from the genre, but also an achievement in which the conflict crept up into the lives of real people and real stories rather than being dumped on the screen for the sake of seeing a few creepy dead guys snack on a screaming victim.

Romero must have sensed that this genre was undergoing a renaissance as a result of Boyle's sleeper hit, as he has now returned to the fray with "Land of the Dead," his fourth zombie film to date, which pits the same standard heroes against the same standard flesh-eaters we have come to recognize. Or does it? At first glance, "Land" doesn't exhibit the kind of ambition that would indicate it is that different from any of the other brain-dead genre clones of the recent years, but as is usually the case with the Romero influence, that is what is ultimately surprising (and effective) about this little venture. Its merits kind of sneak up on you when you least suspect them to, and while the film nowhere near matches the success of the director's earlier ventures, it nonetheless rises to the occasion in delivering both traditional thrills and a bit of social satire.

The movie's premise takes a much more bleak approach than most. Opening at a point when the zombie invasion has already run rampant, a small but secluded establishment of "uninfected" humans tries to pass the days without being overrun by their creepy undead neighbors. Their establishment, a city called Fiddler's Green that sits between two rivers, operates much in the same way a traditional metropolis does in the movies: you have the insightful and wise low-class citizens wandering aimlessly through the outer edges, and then you have the snotty power-hungry upper class who sit up in their fancy penthouse apartments watching the world slowly decay like it were nothing more than a scene from some amusing stage show. The primary conflict involves Cholo (John Leguizamo), a zombie hunter who does some dirty work for the city's financial superior, Kaufman (Dennis Hopper) in hopes of being able to move into the ritzy hotel himself.

Unfortunately, there's a long waiting list to be able to set up residence within the high-rise, and it might not look so good to others, Kaufman points out, to have a street mercenary living in a place where cultural standards are much higher among residents than they are in the slums. This triggers an offense on the part of Cholo and his comrades, who steel the city's weapon defense system, a tank called "Dead Reckoning," and threaten to use it to destroy what remains of ordinary civilization unless his former boss turns over a sizable chunk of cash. A routine enough premise, to be sure, until those pesky zombies, who sit outside the parameter, start using what's left of their brains to overcome barricades and get into the city to feed on what's left of the living.

Meanwhile, the skeptical and noble Riley (Simon Baker), a fellow zombie hunter, is enlisted by the powers of Fiddler's Green to retrieve Dead Reckoning from Cholo before said plan goes into effect. This job poses a serious threat not just for him but also his two partners, Charlie (Robert Joy) and Slack (Asia Argento), whom are required to venture out of city parameters and into the dead-infested alleyways of the nearby city in order to track down the vehicle. For good measure, the plot also throws in a few background details to explain why these three in particular are more conflicted about venturing out of safety than your average Joe might be - and while specifics are the farthest thing from the viewers concern in a movie like this, they at least add to a certain level of character development, which is usually the last thing you expect to see in a film about the living dead. Hopper's antagonist also shares some of that virtue; though the movie only looks at him as the typical amoral millionaire, he has this constant look of panic scrawled across his face that almost designates him to the position of comedy relief ("Zombies, man, they creep me out!").

Now about those zombies: they are, indeed, some interesting characters. No, they don't run and destroy in the same ravenous style that the undead in "28 Days Later" or in "Dawn of the Dead" did, nor do they have this fierce look about them that comes off as more menacing than traditional-looking flesh-eaters. No, these guys actually (*gasp*) have a certain level of brain function! Headed by a zombie referred to as Big Daddy (Eugene Clark), a cluster of undead have collaborated in an effort to finally get past all those darn security measures that have kept them out of Fiddler's Green for so long. The tactics include picking up live machine guns from nearby corpses (and yes, using them), sacrificing each other to get past electric fences, and walking through flowing riverbeds to get to the other side of the city (because hey, if you're already dead, how can you drown?). The approach adds a little flavor to the formula, and Romero is clever in the way that he uses his creations as a stand-in for a few political statements: Fiddler's Green comes off as this totalitarian utopia overrun by the rule of dictators and the zombies are like shunned outcasts who overcome their restrictions and are able to get the last laugh (or, in this case, the last groan).

Excitement-wise, the movie matches neither the "Dawn of the Dead" remake nor Boyle's "28 Days Later," but that is small potatoes when it comes to a filmmaker like Romero, whose primary motivation in this genre has always been satirizing pop culture instead of solely relying on obligatory "boo!" moments or a few well-placed severed limbs (although, to be sure, this is probably the bloodiest zombie film you will ever see). "Land of the Dead" doesn't shoot for completely new horizons or anything, but that's alright, because Romero still seems to love making these kinds of movies, and as long as he has the energy, we will no doubt have the enthusiasm.

Horror (US); 2005; Rated R for pervasive strong violence and gore, language, brief sexuality and some drug use; Running Time: 93 Minutes