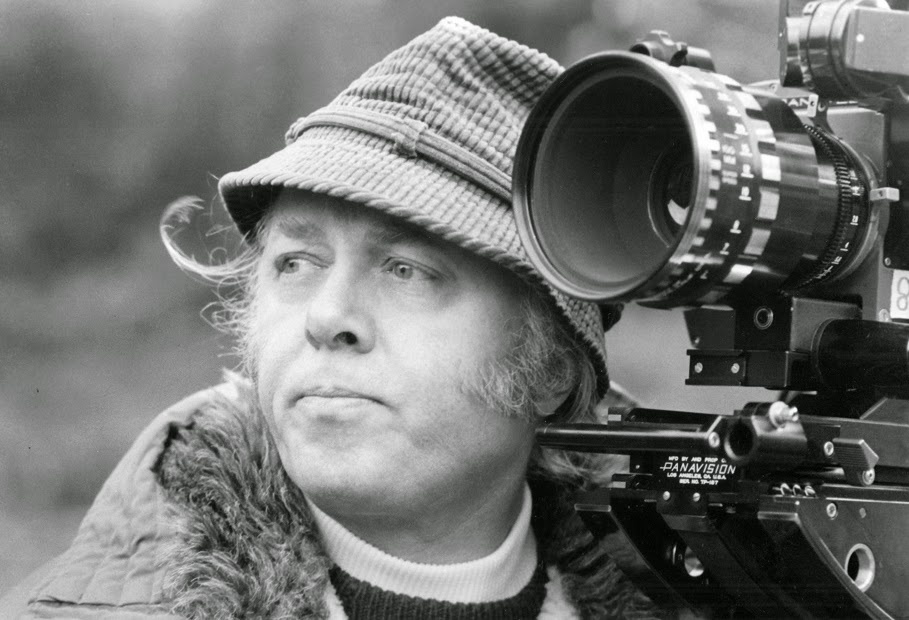 This last Sunday, at the remarkable age of 90, the great Lord Richard Attenborough passed on from this world and into the next. What he leaves behind is a career so incredible that words – and citations – will barely do his legacy justice. For each sect of the moviegoeing public, his face also represents a different level of presence. Younger generations will recognize him primarily for his role in the first two “Jurassic Park” films, as the wise proprietor of the revolutionary genetic engineering of dinosaurs. Older audiences will remember that his stretch of influence also included work behind the scenes, including directing films like “Gandhi” and “Chaplin.” And for the more well-informed movie buffs, his name predates even that distinction: as a fixture of the British movie screen since the mid-40s, he appeared alongside some of the great early movie stars and helped to forever set the precedent that theater-trained thespians could only enhance the quality of a film’s ensemble (notable examples are “Flight of the Phoenix” and “The Great Escape,” the latter being one of the best films ever made).

If we are asked to speak to grief from personal experiences, then it is Attenborough’s directing that fills these eyes with the most vivid memories. Though he only made a dozen films from behind the camera, the reach of subject matter seemed remarkable given the prominent nobility of British culture that ran through his early years as a character actor. As a filmmaker, there were distinctive achievements: the fascinating “Shadowlands,” a film about English author C.S. Lewis; the sad and poignant “Chaplin,” about the life of the great silent comedian starring Robert Downey, Jr.; “A Chorus Line,” the ambitious screen adaptation of the famous musical; and “A Bridge Too Far,” about a failed allied mission to end Germany’s chaos during the second world war. Each of those endeavors was a personal triumph for Attenborough – who preferred to be known first and foremost as a storyteller – but it was his biographical “Gandhi” that won the most accolades, including several Academy Awards (not to mention the Best Picture honor). That movie, which also catapulted Ben Kingsley to international fame, was so near and dear to his heart that he spent well over a decade trying to get it made, even amidst studio protests that it would have no box office appeal.

What we could not deduce about the man behind the camera was very much clarified in front, and the enduring portrait is one of charm and wisdom. In addition to some of those well-known early classics like “Escape” and the original “Doctor Doolittle,” consider his appearance in the 90s remake of “Miracle on 34th Street”: while a flawed film in many regards, his presence was indicative of an actor who connected plausibly in the material, and there was scarcely a moment that we did not buy him as a genuine Santa Clause. The appearance came hot off the heels, of course, of his widely celebrated role as John Hammond in Spielberg’s “Jurassic Park,” which had also been the first time he had been in front of the screen in nearly fifteen years. What inspired him to return to front side of the curtain after he had found near-transcendence as a filmmaker? Richard deduced the decision to Spielberg being a very persuasive man, even though Spielberg himself lost a coveted Directing Oscar for “E.T.” the same year that Attenborough grabbed one for “Gandhi.”

If these achievements to film do not underscore the dedicated nature of his amazing soul, then his humanitarian work out of the industry certainly does. A lifelong supporter of the advancement of human rights and intelligence, Attenborough can be credited with a lot of worldly compassion, and when he adopted two Jewish girls in the late 30s after their parents were killed at the start of World War II, it seemed to signal the first of many points he would visit on a map of human compassion. That map included forays into world affairs (including being a pilot for the Royal Air Force), and in later years it expanded to include educational ventures in other countries. Because he believed that education was a dying art and took pride in the philosophy of foreign figures like Gandhi, some of his volunteer work consisted of visiting poverty-stricken countries and establishing schooling foundations in them (the UWC was his launch point). That he managed to make such strides in the field of furthering education is remarkable given his commitment to the cinema; not only did he act, write and direct, he also served in countless key positions for a variety of movie-based groups, including a stint as the President  of the British Academy.

What will he ultimately be remembered for? “Gandhi” is clearly the most significant moment in his illustrious career. As a film, it personifies every important characteristic of his being: a work of a talented filmmaker, an essay on the struggles of humanity in the face of uncompromised compassion, and as an embodiment of storytelling that is fitting to the true root of his nature. Attenborough was not just another man within the movies, but a soul who quietly wove a pure human influence into the standards we think of today. His loss is tremendous, but oh what an imprint he leaves behind.