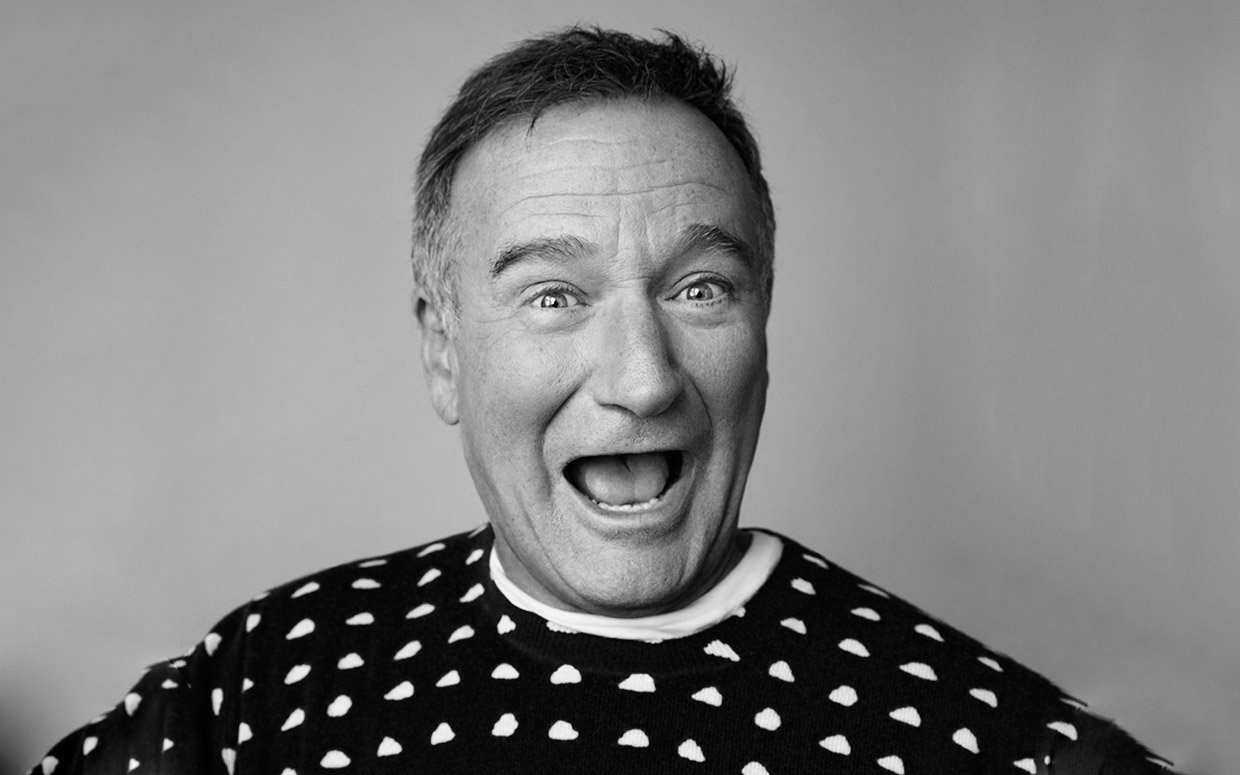 It was that infrequent proclivity for drama, not surprisingly, that earned him an Academy Award in 1998, when he took home gold for his fine work in “Good Will Hunting.” Up to that point, his endeavors in the movies had been mostly dominated by playing characters that were directly inspired by his colorful physical presence; as a sarcastic radio personality in “Good Morning Vietnam” he approached his material like it were an elaborated form of stand-up, and in “Mrs. Doubtfire” he donned a body suit and British accent to convince others that he was, in fact, a wisecracking old nanny rather than an aloof father and husband. Occasionally, those choices were also punctuated by experiments in more serious roles, including “Awakenings” and “Dead Poets Society.” I was not a fan of the latter film, but it nonetheless inspired a generation of admirers, who saw his poetry professor as a source of insight into the lost world of literary art.

Like Tom Hanks, Williams was more apt to indulge in serious undertakings later in his career. In one of his boldest moves, he made two films back-to-back that came as a drastic departure from his normal prowess: Chris Nolan’s “Insomnia,” in which he played a man accused of murder, and Mark Romanek’s “One Hour Photo,” about a photo center clerk who develops a fatal obsession with a family of customers. In contrast to the whimsical undertakings of his more lighthearted films, these two particular pictures saw him reach for a darker subtext that was undeniably fascinating, especially in contrast with his routine. Often, that impulse resulted in brilliant movie choices, too; his “What Dreams May Come” was arguably the most audacious choice that a comedian ever made (up to that point) in dabbling in other genres, and “The Final Cut” was a work of such brazen originality that it was only elevated by the depth of a revelatory performance.

On the flip side, his work in comedy will be what the masses remember him most for. More frequently than not, it inspired delight and amusement; he was the greatest asset, for instance, to the ensemble of voice talent in Disney’s “Aladdin” (voicing the quirky and smart-mouthed Genie), and his flamboyant (but thoughtful) demeanor is what assisted in elevating “The Birdcage” beyond the platform of over-the-top gay-themed characterizations.  Sometimes, alas, that didn’t always inspire plausible movie choices; after making the contrived “Patch Adams,” its success fueled a rapid (but brief) decline in cinematic decision-making, culminating with “Jakob the Liar” and “Bicentennial Man,” two of the worst films of the late 90s.

In between movies, there was also stand-up. After catching his big break on the sitcom “Mork & Mindy” in the late 70s, Williams participated in a journey to stardom that was punctuated by a series of lively comedy specials on television, many of which remain towards the top of ratings lists even today. Later on in his career, he often returned to the microphone for similar specials, mostly using the stage as a no-holds-barred confessional on health issues and addictions. In his “Weapons of Self Destruction” cable special, he made the following admission: “I believe alcoholics are God’s rodeo clowns; we’re the ones doing the stupid shit that nobody else will do.” In hindsight, laughs seemed to act as their own medicine; he never seemed more happy (at least in the public eye) than when he was telling jokes and inspiring uproarious laughs, and when he was hit with sobering moments – such as one in which he was the sole loser of a Critic’s choice award in a category with three nominees – he managed to neutralize the awkwardness by taking ownership of the situation, and routinely left those around him in stitches.

In light of his death, celebrations of his work will be punctuated by thoughts of curiosity. Was Williams suffering from depression, as close sources are suggesting? Did he endure the final throws of an alcohol addiction in which he ultimately lost the battle? Whatever the answers, no trace of vulnerability was left in any of the man’s work, even right up until the end. When he appeared in “The Butler” playing Eisenhower last year, his performance was indicative of a man who was still fiercely loyal to his craft, and was using his talent in endeavors that struck chords of perseverance without reducing him or his reputation. His last three films are still in post-production, but their existence is telling. Above all thoughts of his character being weakened by mental illness or substance dependence, no one could ever accuse Robin of being a man without drive or priority.

As the curtain closes on his short time in this world, there remains, across a canvas of 30 years and some 80-plus movies, one of the most endearing screen presences that we have ever known. Somehow it never seemed feasible to anticipate an end this tragic, but it does remind us, with unwavering conviction, that mortality continues to blind-sight us in unsympathetic intervals. But human faces have the capability of remaining frozen in the minds as they are on the movie screen, and as we reflect on Robin and all that he gave back to the world of entertainment, our memories will provide the solace in dealing with his loss, and ultimately enforce the meaning of his precious life.