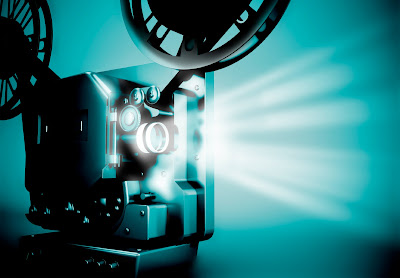 Few things calm the turbulent waters of the world better than the presence of a good movie. They are an act of release, a culmination of visceral desires to liberate audiences from the confines of ordinary existence in order to propel them towards mental or emotional enlightenment. Good ones can educate about the paths we neglect to walk, but greater ones will show us the way to them, like roadmaps to a destination of one’s better self. And in more paradoxical scenarios, some can even rouse the fires of rebellion burning within, giving us windows into places and people that are on the razor’s edge of negative extremes. A balance of both is key in establishing some level of connection to our personal structure, and who would we be if we didn’t know how to deal with the downtrodden as equally as we do with the fantastic and absurd?

This is the general wisdom I have kept close in the 17 years I have written about the movies, and few times has it ever seemed as appropriate as now, when new social norms and cultural shifts have taken decidedly troubling turns. We live in the time not of good will or positive outlooks, but of unrelenting cynicism. Everywhere one turns or looks, there it is, overwhelming us with the weight of psychological discord. Classrooms are being shot up by madmen carrying assault weapons. Terrorism on domestic soil has returned to our awareness (as it has in Europe). Politicians are earning rankings based on the number of racist or sensational things they can say, and potential voters are so worn down by the onslaught of misleading soundbites and partial truths that they respond only with emotional conviction. And given how the terrible events of the world have given power to our fears, what better way is there of appealing to others than to rouse them to dangerous suspicions

There is a general awareness seeping into the minds of prominent players in the industry that those shaky ideals have a valid place in the fabric of film stories – yes, even those in blockbusters. Sure, the tone of the year could easily be regarded by more simplistic pleasures (“Fast and Furious 7”) or off-the-wall chaos fantasies (“Jurassic World”), but how many could walk away from the latest “Mad Max” and not find it within the realm of possibility? Was the latest “Hunger Games” film simply about a world caught in anarchy, or was it an elaborate reflection of the mode we appear to be stuck in? We ask these questions frequently when we are inundated by sudden (and extreme) changes, but few times have they been as prominent, or this urgent.

That meant the movies of 2015 were decidedly edgier than those of more recent years, where 90 percent of the release schedule was inundated by vehicles made from very transitory perspectives. It was easy to lose track of the number of times that our focus meandered in the thick of action-oriented nonsense, but for every “Avengers” there was an “Ex Machina,” and for each “Minions” an “Inside Out.” These were not films that treaded lightly on their themes, either; they inhabited our minds like great memories in the making, and highlighted the buried enthusiasm of a time that seemed long past: an age when we went to see films because of great ideas, and not just for visual assault.

My recent trend has not necessarily depended on discussing new releases. I wrote a total of 82 full length film reviews over the last calendar year; 27 of them corresponded to releases of 2015, and another handful were residuals left over from the year prior. That may seem minor in most contexts, but it is indicative of an upswing in my desire to pay closer attention to current cinema, which would not be prominent in situations that called for more of the same. I suppose some of that comes with age and moderation; this was a year of consistent bad news and strange personal experiences, and when one’s mind is occupied by the weight of the world closing around him and his loved ones, perhaps the quality of current movies becomes far less of an issue.

Yet the pull of my writing patterns has mandated that I return frequently to the past even now, where some of the most important lessons still await discovery. When I reflected earlier in the year on how I began this whole venture, I referred to myself as a “lifelong student of film” – not a movie critic per se, which I was known as in my earliest years online. I think that title belongs to those who have very specific goals in mind; mine are often chaotic and lack rhythm. But the education has become just as important as the delivery of a theory. So many writers in the entertainment industry often analyze from narrow perspectives because they are given limited opportunities to build a base of knowledge. That would be ok if those coming into such jobs were film enthusiasts before they became writers, but the reverse is usually true. That has given way to a distinct breed of new bloggers and critics whose existence is about inspiring soundbites for studios, or reviewing films within negligible contexts. One might say that I began doing all of this much in the same way when I first raised my hand in a crowded high school classroom in the fall of 1998, expressing my interest in writing a movie review for the school paper. There’s a time and place for those sorts of approaches, but the dedicated ones will find a way to rise above the constraints and carve out a very specific niche. How many of the newer writers will become synonymous with names like David Ansen, Elvis Mitchell, Janet Maslin or Roger Ebert?

The quality of films I cover has ebbed and flowed, but the attitude of what to cover has not. Every new release that gets an essay is often followed by two or three others from times past, ranging from decades ago to just a few short years. In some instances, they mirror one another in their degree of subject matter. One of the major subjects that saw prominent coverage was the topic of the transgendered lifestyle, framed by the releases of “The Danish Girl” and “Tangerine.” Between writing about both, I made a point to review John Cameron Mitchell’s “Hedwig and the Angry Inch,” a rock musical with distinct parallels. Was it intentional? Not directly, but through the resonating messages that trend in one’s mind, it is natural, I believe, to rediscover older pictures that add perspective to a particular issue or theme. Mitchell’s film was one of the great discoveries of the 21st century, but one I neglected to consider when it first came out. It takes on new meaning in light of the details of its close cousins, and the newer films, each good in their own ways, are expanded upon when we take them into a collective consideration.

For me, writing about older movies has also indirectly become a record of emotional and mental conditions. When I reach into the recesses of the past and pluck out certain things to consider for analysis, many of the selections are more often stirred by a mixture of attachment and familiarity that coincides with the attitude of the moment. Once upon a time, many of these films meant something to me; they might have represented key lessons about the adulthood that was to follow, or at least catered to my early sensibilities as a figure searching for basic comprehension. And in rarer instances, some of them rose to prominence based on recommendations from others. I am thankful for friends and family who continued to indulge me in the devious realities of Alfred Hitchcock and Stanley Kubrick, and am pleasantly bemused by the ability of others to turn me on to some of the most baffling bad movies I have ever seen (one of them, “Lambada,” was far too strange to ignore in writing).

We are caught too frequently in a rush of immediacy when considering the state of our artistic mediums. Critics use their own measuring sticks to discuss the latest endeavor showing down the street, and lingering coverage in the Entertainment medium amounts to red carpet analysis or box office predictions. But how often do we take the time to reflect on why movies are the way they are – why, indeed, we are all here in the first place discussing them? My desire to balance the act of covering pieces of modern cinema with the work of the past keeps the inspiration in a constant state of flow. There are fewer ruts to be stuck in. And it is comforting to know that as we are assaulted by the stupidity of vehicles like “Pixels” that we can return to early glories and rediscover their magic, allowing us to move past the notion of a movie theater becoming a prison for pointless exercises.

Nonetheless, a surprisingly diverse field of endeavors elevated 2015 far above pre-conceived expectations. The tone, set distinctly by George Miller’s “Mad Max: Fury Road,” was one of more cautious considerations (it was ok to flock to big budgeted action vehicles, because now filmmakers were actually figuring out how to take us to the pinnacle of an idea instead of a mere visual). The success of that picture heralded the optimism that would go on to make “Jurassic World” the most financially lucrative release of the year, and audiences retained the enthusiasm when they turned out in droves again for the latest “Star Wars” episode, effectively framing the box office in the veneer of nostalgia. Beyond their gargantuan turnouts, less action-driven moviegoers championed the arrival of similar calls to memory with “Creed” – the latest in the “Rocky” franchise – and rushed to “Inside Out,” a movie that reminded us of the unspoken complexity of childhood. They also discovered films like “Carol,” “The Revenant” and “The Hateful Eight” had the power to propel their positive outlooks forward, and “Brooklyn” kept tradition of reflecting social values by dealing directly with the subject of immigration (very poignantly, I might add).

One wonders what sort of premise will set the stage for the films of 2016 – whether the worlds projected on the theater screen will reflect the social landscape to come, or if it will continue to offer the fanciful escape that comes with the ongoing advancement of special effects. Already knee-deep in the anxiety of what is shaping up to me a volatile election year, will places like the ones we currently live in be enough to offset our skepticism? Or will the mind be starved for destinations unknown? With the chances to step into such locales as dinosaur theme parks, the minds of little girls, alternate dimensions, post-apocalyptic futures, alien worlds with arcade-inspired weaponry and galaxies far far away, what is left to take us away from the strange phenomenon of Donald Trump or the increased threat of gun violence? Will we be able to continue to find release in the arms of Wonderland, or under the sea where talking fish continue to wander away from the reef? The journeys of the next twelve months offer no clear distinction, but they will come to us as they always have – in a rush of sensations that will inspire, intrigue, baffle and even insult. It is not conducive to cinematic intelligence to disregard any possibilities, even as our tastes may take us beyond the conventional borders.