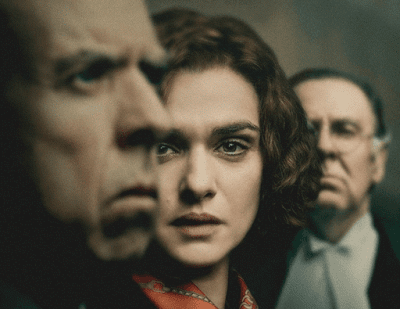 Most arguments about the validity of historical events originate from a flaw in the details, and none have thus far been discovered that would alter most of our personal feelings about the atrocities of World War II. A lifetime’s worth of stories and photographs are all that remain of the horror of the Nazi era, for instance, but with them rests a certainty that seems impossible to negate, even from the perspective of those completely removed from the prospect of research or understanding. But in some circles is the pessimism to challenge the very notion of the existence of the holocaust itself – an implication that one’s failure to document an important observation (or to point to a superficial flaw, like the design mechanic of the construction of a camp) must automatically negate the fact that so many people were systematically killed by German fascists. Those sorts are the kind of people who passively nod with the likes of David Duke, once quoted as saying that “we must free the American government from subservient Jewish interests.”

Is it a sickness that drives these sorts of arguments, or just plain ignorance? My own befuddlement is usually displaced by anger or resentment, rarely the kinds of emotions you want to use to defend your case. So one can only imagine the importance of that behavior as it wriggles its way into “Denial,” both for us in the audience and for the story’s protagonist, a Jewish professor named Deborah Lipstadt. She is played by Rachel Weisz, easily the most tempered of modern film actresses, and from her rises an eloquence of conviction that becomes the equalizer of some rather anxious exchanges – some in the courtroom, others in private. The situation: Deborah is a staunch proponent in preserving the history of Nazi Germany’s atrocities at a time when growing uprisings amongst white supremacists seem to infect the educational system on college campuses, and in an early scene her frustrations are exemplified while giving a lecture, during which one such denier stands up and launches into a verbal tirade. This of course propels the entire argument towards a thesis that sits at the center of modern political irony: how can the truth of the matter win in a world that savors the sound and fury of a crazed orator fearlessly spouting alternative rhetoric?

The offender is one David Irving (Timothy Spall), a British author who rose to notoriety in the 90s for his very public dissent against Lipstadt, whom he sued for defamation after comments she made in a book she wrote about holocaust deniers. They were part of a “sickness,” she argued, which stemmed from a rise in alternate investigative reporting that favored German fascism. That begs some level of wonder – namely, how did a British man like Irving, seemingly intelligent and well-spoken, subscribe to such theories? Though primarily a legal drama, the movie offers glimpses into the convoluted logic of its target; during a scene in which Deborah’s lawyers meet with him to seize his diaries, he points to an exhausting line of books high on his wall, suggesting an enormous commitment to the research he has collected. In a way you can’t fault the curiosity of that standpoint, although there is no great revelation to undermine our worldview of the matter. To some Irving will represent the culmination of flawed ideologies persisting in the fringes of history; to others, he will simply be an attack dog who knowingly spread lies for no other sake than his own.

Lipstadt’s legal team adopted the latter view. The early scenes show them gathering in earnest as a defense mounts against their accuser, a man who chose to audaciously fight his opponent not in the American courts – where it is the burden of the plaintiff to prove their case – but in the halls of British justice, where defenders must accomplish the opposite. Their task is a challenge even from many of the uncertain conversations, including a key one between Deborah and her primary lawyer Anthony (Andrew Scott), who recently represented Princess Diana during her divorce from Charles. How does one prove that David knowingly spread dishonesty instead of something he legitimately believed? She wants to sway the judge by allowing survivors of Auschwitz to testify. He refuses to discuss the option: 1), because of the wounds it may open; and 2) because allowing a vehement denier like Irving to cross-examine eyewitnesses so openly gives him a platform to make turbulence in the British press, which only fuels fame aspirations. Of course that must also mean the team is apt to find itself dealing with continued pleas by Deborah to revisit the notion – especially as survivors begin showing up in the courtroom – and then the discussion inevitably leads to a field trip to Poland, where the most nefarious of the Nazi concentration camps is seen resting in nightmarish silence.

The purpose of that visit? The lawyers aren’t so much looking for clues as they are examining all possible anomalies; they know their best way to answer Irving’s outrageous claims is to first deal with the possibilities of undermining them, even if that means wandering into the halls of the crematorium to observe every possible exploit. Among Deborah’s most important benefactors of the case is a lawyer named Richard Rampton (Tom Wilkinson), who prepares his remarks quietly in between drinking wine out of plastic cups and mulling over questionable details. He is the film’s unsung warrior; though it becomes part of her routine to exhibit anger and impatience, especially on days when her accuser emerges as a voice of intrigue in the eyes of the media, Richard meets those gazes not with arguments but with silence. And in those quiet spaces he formulates what becomes a rather persistent arsenal of arguments that nearly derail David’s showy presence in the courtroom… at least until the 11th hour, when the certainty of the case is left in doubt by a key question asked by the judge before he moves to his chambers to deliberate.

An outcome in this sort of scenario is periphery when the movie revolving around it takes all the conventional routes, but the heart of “Denial” is about how temperament can – and often does – alter the perseverance of truth. It is in the nature of Lipstadt to respond to her accuser just as she did in her book, but the game of courts is not moved by passion: only cold hard facts, preferably in a persuasive presentation. There are moments of convincing dissent, perhaps, because of their fiery twist, but few watching will expect this material to sway very far from its expected destination. Will Deborah have an emotional outburst that undermines the calm temperament of her legal team? Will Richard’s words echo profoundly enough through those chambers to keep Irving’s claims from gaining public momentum? All of this story’s motives depend on preserving the certainty of the holocaust as a human tragedy because history – and indeed, historical movies – must offer no room for radical revisionism. Some will see that as a liability to the end result, which isn’t deeply profound or even that adventurous (and certainly lacking dramatic surprises). But it is humble, well-acted and has its mind in the right perspective, and in a society that is eager to use political hyperbole as a weapon against the oppressed, how remarkable that any movie right now is content to be eloquent in that conviction.