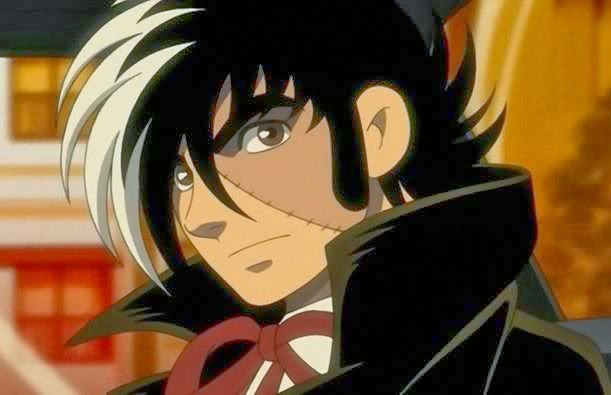 “Black Jack” opens with a stroke of intrigue as curious eyes from every corner of the globe trot to their television sets to capture a glimpse of the “Atlantis Olympics,” in which jaws are being dropped at the unexpected sight of all sorts of event records being broken at an alarming pace. We are told that this development is all caused by a new theory that a selection of humanity has leaped forward genetically, breaking free from ordinary physical constraints and allowing people to accomplish tasks we never thought possible (suggested, for instance, is that a 90-pound woman can now pick up a car to save her trapped child underneath if she had to). What caused this drastic evolution, exactly? That is, needless to say, up to speculation by those who observe the leap, but none of them seem as alarmed by the changes as many of us in the real world would be.

Meanwhile on the opposite side of the world, isolated by shadows and fog, is the mysterious world of Dr. Black Jack, a man whom, the tagline suggests, is “a surgeon with the hands of God.” Spoken of in whispers by his peers, the medical genius wanders the globe like a freelance guardian angel, saving anyone under his care from close brushes with death and often performing difficult surgeries that would be considered too risky even for the best surgeons. Unfortunately, his extraordinary talents are threatened by his rebellious reputation, for the doctor, despite tremendous experience and courage, is not officially licensed. That, of course, means his practice is greatly undermined, but it doesn’t stop him from being hired by doctors with very delicate cases.

As these two plots begin to build up, they cross paths to create what is perhaps one of the most compelling stories told in an animated motion picture: one that has its viewers wandering through the shadows and looking for answers to a very complex and absorbing mystery. The movie is a very effective endeavor that also carries some very socially significant messages as well, especially in an era when both science and medicine are making broad leaps of their own.

In the story, Black Jack is summoned by a foreboding, unknown female voice on an answering machine to partake in a medical investigation never before attempted: one involving the same “superhumans” that impressed many at the Olympics. After the woman, Dr. J. Carole Brain, kidnaps his young ward Pinoko in order to get him to accept, he is quickly dispatched into a top-secret laboratory equipped with world-renown scientists and medical technicians, in which the patients are those who have been “blessed” with a phenomenal genetic code. The analysis, however, is not the most pleasant one. It appears that the recipients of these great physical gifts are all becoming seriously ill, losing fluids and strength extremely fast and sometimes expiring without warning. The doctor’s job is to come up with a theory as to why these people are dying out so quickly, and furthermore, find out if this “gift” of theirs is either a natural catastrophe, or better yet, a manmade one.

As it turns out, these substantial genetic transformations have been induced by a drug known as “Endorph A,” which, not surprisingly, was created out of desire to take humanity as far as possible. The substance, unfortunately, speeds up the body’s living process by ten times, quickly aging its victims and, ultimately, taking their lives before they know what hits them. The mission for the doctor becomes so much clearer after all of this is unearthed, and when he contracts the contagious disease himself, it becomes a race to see if he can cure it before it takes his own life.

The movie was done by Osamu Tezuka, who is famous in his native country for creating “Astro Boy” and “The White Lion” (two comics that later spun off into animated shows). Here he has crafted a movie steeped in some of the finest animated visuals seen since “Princess Mononoke,” matched with a plot that, although very heavy on the details, has us relishing in a constantly interesting conspiracy. Truthfully, though, the story is hardly as original as it would like to make itself out to be; some of the most important elements feel like they have been borrowed from something like “The X-Files.” That’s not necessarily a problem (especially for fans of the Chris Carter series), but it does undermine the long-lived assumption that Anime is built around unique, unorthodox storytelling.

But anime is anime, and “Black Jack” is one of many recent examples of how engaging such films can actually be despite being greatly ignored by the masses. A video release in the states is not exactly the greatest way to get exposure to a wide audience, but it’s a start (and besides, few, if any, anime films are ever released in theaters anyway). Hopefully in the near future, moviegoers will finally catch on to the praise and embrace the genre as easily as it would typical American animation. And who knows, movies like “Black Jack” and “Princess Mononoke” may one day be mentioned in the same sentence a classic Disney feature.