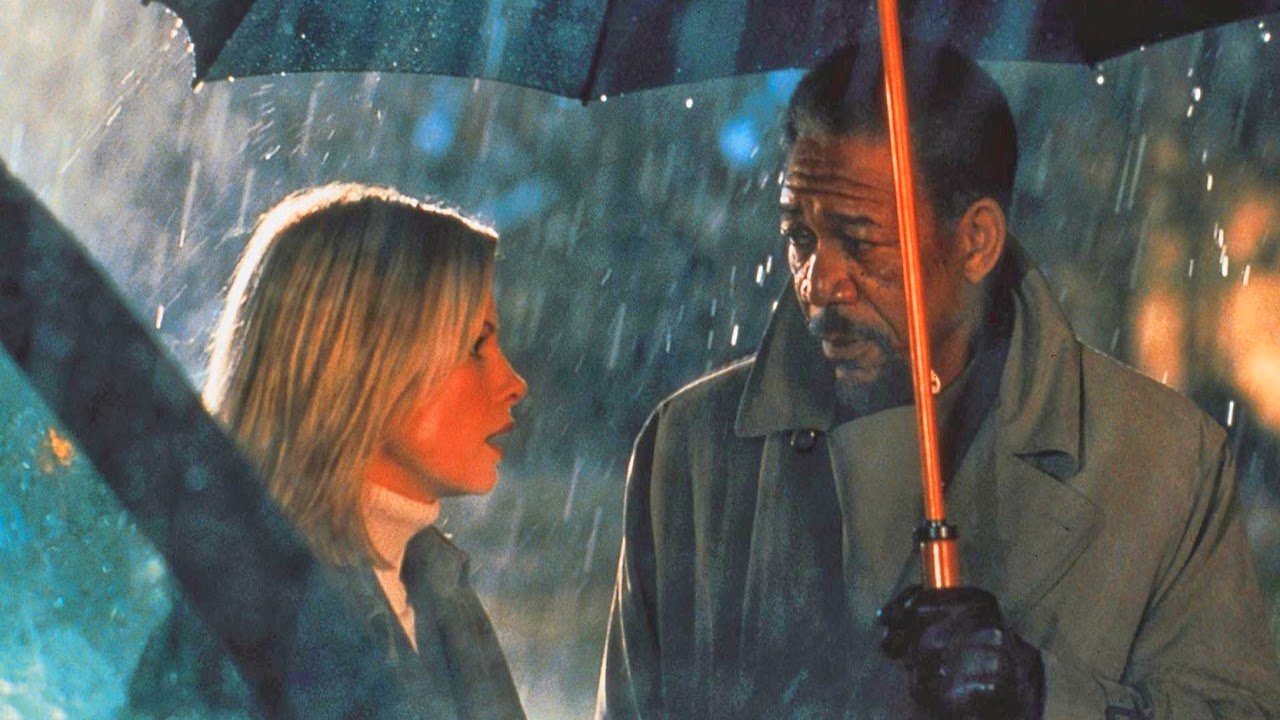 Don't be too confused if you've heard the character's name before, either--he's actually the same man who unraveled the sinister but compelling plot of "female collecting" in 1997's "Kiss The Girls." That movie, like this one (which, despite little cinematic linkage, is considered a prequel), studies the process of investigation through a man who doesn't ever overlook the smallest details, even though the antagonist continuously strikes and always leaves so little for the FBI to go on. The big difference is that the first movie had a layered, thought-provoking story that left the audience feeling like it was part of the intricate mystery, often peeking around corners for clues. In this, the "much-anticipated" follow-up, so little makes sense and so much is left up to speculation that there isn't even an urge to get involved, and when the plot begins to make the obligatory turning points, we are so bewildered by the many idiotic connections and absurdities that even the writers of "Arlington Road" would throw back their heads in disbelief.

The Alex Cross we first come into contact with here is not exactly the man who is "ready for the job"--he's just lost his partner, and spends most of his spare time building model boats to pass along the hours. Soon, however, he is called back into duty when sweet little Megan Rose (Mika Boorem), a student at a prestigious private school and daughter to a U.S. Senator, is kidnapped by a madman named Gary Soneji (Michael Wincott) with some kind of hidden agenda (so hidden, in fact, that the audience never really gets to know what it is). What intrigues Cross about the case most is not the victim, but the conviction of the kidnapper's style (who, by chance, masqueraded as a teacher at the school before he pounced). Periodically, Soneji will leave little clues behind for Cross and his dimwitted partner, Jezzie Flannigan (Monica Potter), to catch onto, inspiring a cat-and-mouse game similar in vein to that of last year's "The Watcher."

Director Tamahori, who seems to have suffered a creative collapse ever since his "The Edge" was released four years ago, does little to help the material find a firm surface. Often we get the impression that he's directing his stars and technicians as loosely as possible, not because he wants it that way, but because there's nothing much to push for here. And if that isn't bad enough, the remaining cast wanders aimlessly through the material as if they're looking for a mentor, and yet can never seem to find one. Poor little Monica Potter is a prime example of how this plays out; her secret agent character is wimpy, spontaneous, withdrawn and weary, looking up to the Alex Cross character as if she were saying, "would you be my teacher?"

Wandering away from this extremely asinine product, I am reminded not of its direct descendant, "Kiss The Girls," but "Seven," a thorough, rousing and highly engaging murder mystery thriller that was not just plausibly legit, but also starred Morgan Freeman as a subtle, determined detective whose voice was a low growl, his eyes telescopes for little clues. If you want to see "Along Came A Spider," be my guest. But do yourself a favor and see "Seven" if you haven't afterwards. Then you can tell me which picture is the correct way to handle a police investigation.

Produced by David Brown, Morgan Freeman, Marty Hornstein and Joe Wizan; Directed by Lee Tamahori; Screenwritten by Marc Moss; based on the novel by James Patterson