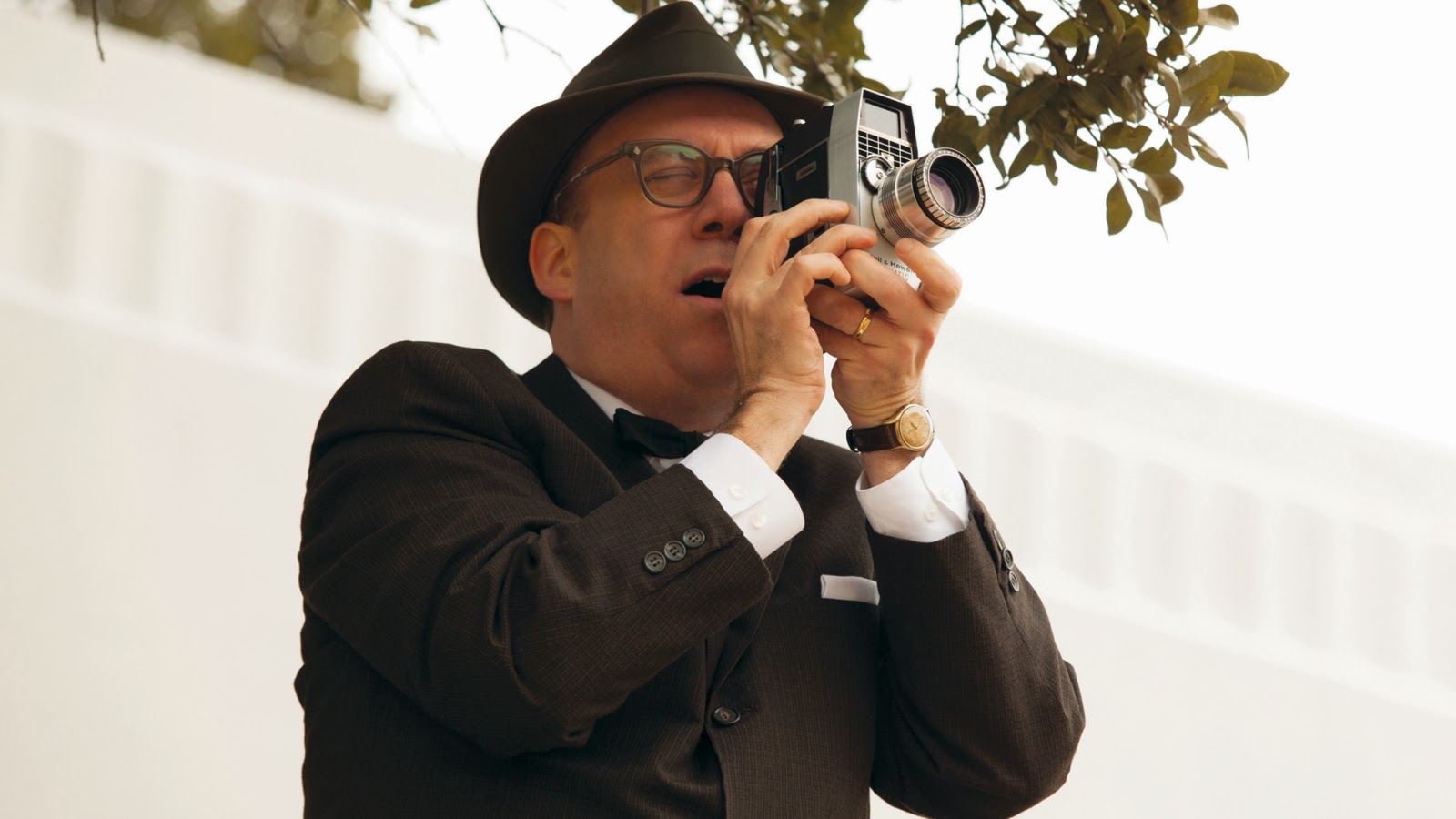 There are scenes in “Parkland” where characters become so paralyzed by the hammer of shock that it reduces them to either ominous proclamations or deadened gazes, sometimes in conjunction with moments that require more immediate reflexes. Somehow you can’t exactly blame them. On the morning of November 22, 1963, thousands of faces waiting to catch a glimpse of President Kennedy as his motorcade paraded through the streets of Dallas instead were subjected to the most horrifying of realities: their commander in chief being shot and killed in broad daylight by a hidden assailant. No one was prepared, even fewer understood the immediacy of the situation; as the secret service rushed Kennedy off to the nearest hospital in some last-ditch effort to preserve his life, those who were eyewitnesses stood frozen in a moment of tragedy. Some screamed, others cried. But most simply collapsed into a pool of numbing despair, and remained there until long after the president drew his final breaths. What may be forgotten is that others had to find some inner strength to keep it together during those initial moments – for the sake of themselves, others, and certainly to the man who was fighting for his life for a few brief minutes after two bullets went through his head.

Here is a movie that attempts to reconstruct those critical minutes, told predominantly from the perspectives of several key staff members at the hospital where Kennedy wound up in the mad rush of urgency that followed his shooting. The movie wastes no time in arriving there, either. In a very brief prologue, we meet a selection of seemingly random individuals in Dallas who all share in the enthusiasm of the country’s leader passing through their neighborhoods. Some take on more important roles than others, including Abraham Zapruder (Paul Giamatti), a clothing salesman who was unfortunate enough to have a video camera on hand as the motorcade passed through the nearby streets; another, an FBI agent named James Hosty (Ron Livingston) mulls JFK’s presence in town on a day when a flier blasting him for “treason” winds up at his desk. The common bond is not yet known to them all, until gunshots explode during the parade, and a joyous instant of celebration devolves into a display of outright horror. Staff members at the hospital rumble with intrigue when they hear that their president is “on his way” to their facilities, but can scarcely understand the gravity of the situation until a blood-soaked statesman is wheeled into the operating room.

There have been a variety of movies made about the events (and resulting hysteria) surrounding the assassination of Kennedy, but few ever capture the immediacy of the actual event – a fact, I gather, that emerges from perpetual fear in most to confront the tragedy head-on. Fifty years later, “Parkland” plays like the last round of therapy in dealing with a collective cultural grief. It is straightforward, uncompromising, and indifferent to the endless conspiracy theories that tend to overwhelm most other pictures associated with the event. In making such a narrative decision, newcomer Peter Landesman doesn’t necessarily construct a movie based on facts; instead, events transpire as if blurred by a camera’s uncertainty, and simple faces gaze back like they are frozen in an unspeakable nightmare. There is a scene in the first act when Dr. Charles Carrico (Zac Effron) is so overcome with shock at what he sees that he must be jostled back to reality by a nurse, who is too focused to be overcome by the same displacement. “Doctor, this is the President!”, she shouts. And then the emergency room becomes a display of anxious orders and movements – the man on their table is moments from death’s door. But Landesman is observing these important details from the backdrop because they are stifled by the trauma of others – members of the Secret Service ogling through a window in the door, medical residents petrified by disbelief, and even First Lady Jacqueline dazedly pacing one side of the room, her gloved hands still clutching pieces of skull and brain matter.

I have never been able to imagine the grief that so many people endured on that terrible day. My mother, a schoolgirl in Oklahoma in ’63, usually spoke of it with some level of restraint because it was often too hard to relive. “It was one of those days you remember exactly where you were,” she would tell us. Her story was, alas, common in a generation where kids looked at their leaders from a place of admiration rather than overwhelming dissent or divide; to them, Kennedy was a symbol of hope and possibility, and his loss played like the crumbling of a kingdom. There is a moment during the mad rush of confusion at Parkland hospital when an agent looks to his peers, and confesses with some level of shame: “It’s the first time that the secret service has lost a president under its watch.” Yes, and what it awoke in others was the fear that no one – not even our treasured leaders – were safe from the onslaught of armed men with violent tendencies, and that moment now seems like the shattering of a glass bubble of security. Since that terrible day, our national history seems punctuated by prominent human tragedies that paralyze an entire populace (in my lifetime, those would include the Oklahoma City bombing, the Columbine shootings and the attack on the World Trade Center).

As an ensemble piece, the movie shares thematic intentions with Emilio Estevez’s “Bobby,” about a group of people who gather to hear Robert Kennedy speak shortly before his own death at the hands of a mad gunman. What separates them is the degree to which each is directed; for Estevez, it was important to know his characters long before they are exposed to tragedy; for Landesman, there is greater value in dropping us into a set of lives just as they have to deal with the loss, and then the subsequent disbelief that follows in the next several days. That results in a more effective delivery, I believe, when you consider the progressive subtlety of the performances. Paul Giamatti, often so consistent in his roles, is particularly noteworthy at Zapruder; as a lowly clothing salesman who jokes around with his employees, he is sarcastic and likeable, but when the camera spies him filming Kennedy’s motorcade during the exact moments the gun shots are heard, his face and voice deliver the most authentic-looking reaction I have seen in a film of this intent. Equally good is Billy Bob Thornton as secret service agent Forrest Sorrels, a man built inside the walls of suspicion suddenly set loose by the tragedy, who refuses to compromise his game face even when the reality turns bleak. The constant in all of them is that time and grief often alter the course we take in our emotions, and seldom has a movie proven to be so consistent in that assessment.

“Parkland” is a movie of simple motives. It doesn’t waste time with pomp or theory, and the material is acted by those who connect with the characters like reflections in the mirror. Some will deservingly find that tiresome after an hour, and rightfully so; by the time we have reached the home stretch following the arrest and murder of Lee Harvey Oswald, the material simply meanders without further purpose (do we really need to see Oswald’s deranged mother engaging in endless public tirades in which she accuses the government of framing her son, and then demanding he be buried at Arlington?). I suppose that simply comes with the territory in a movie that tries to make sense of something so inexplicable, even half a century after it happened. There are other sides to consider, other emotions to ponder; the key to understanding them lies in how we neutralize the bad memories, and find comfort in one’s great achievements. Considering Kennedy’s enduring public legacy, my guess is we have at least all been on the right track.

Drama/Historical (US); 2013; Rated PG-13 for bloody sequences of ER trauma procedures, some violent images and language, and smoking throughout; Running Time: 93 Minutes