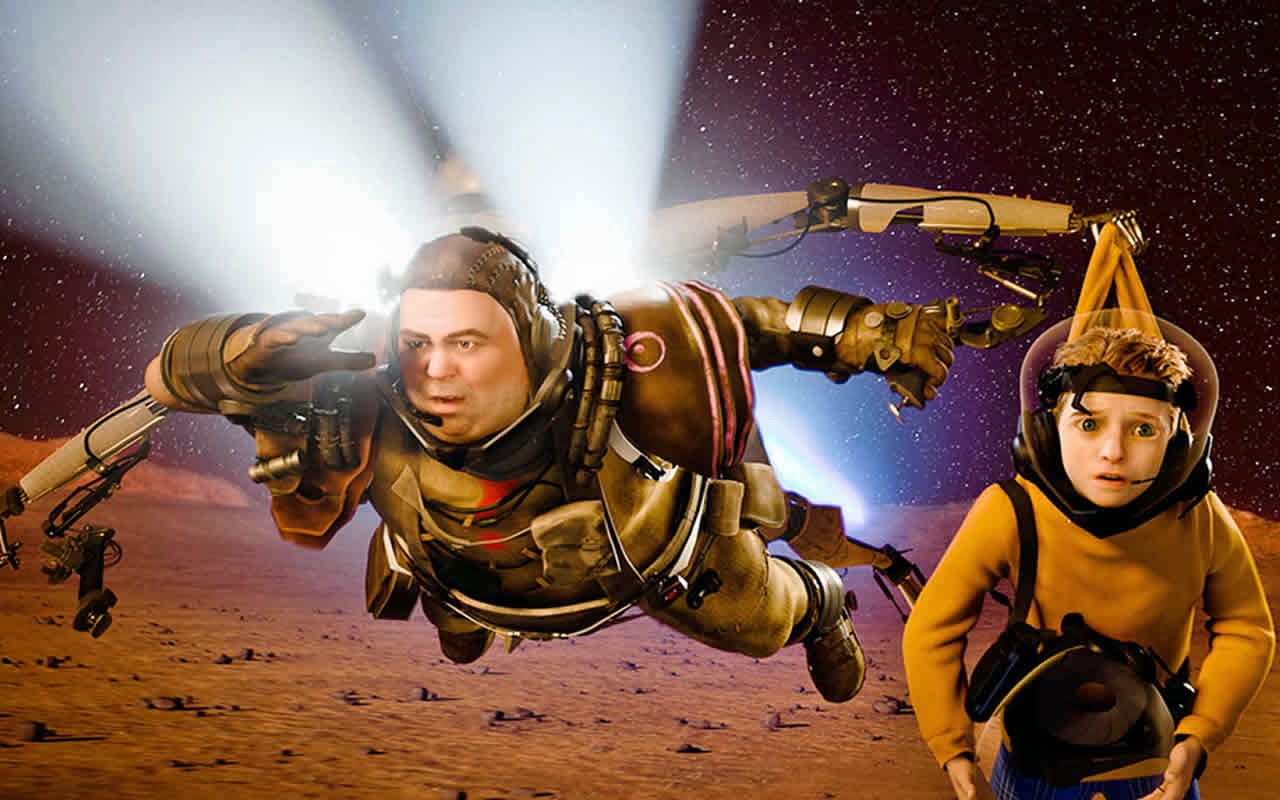 Seeing “Mars Needs Moms” is like sifting through the garbage looking for an important document that accidentally got tossed – you know something salvageable is buried at the bottom of the can, but is it really worth recovering when you know it will predictably be soiled beyond recognition? Studios have forced cutbacks and filmmakers put out of jobs for movies considerably less dimwitted than this one, which occupies the screen as an 88-minute schlep through the doldrums of uninspired children’s stories with no intent other than to perplex and infuriate. Who at Disney honestly thought this idea could amuse even simple minds, much less make money? In the era when animation finds insights in the colorful words of quirky characters, the antics of badly-rendered Martians who kidnap mothers from Earth play like a protest to the boundless possibilities of this medium.

There is certain irony in that statement. Made in what filmmakers have now identify as the “motion capture animation” technique – in which live actors stand in front of a green screen and execute the action before it is rendered over using digital imaging – the movie builds on a technology championed by director Robert Zemeckis, who utilized it for three of his own movies in the recent years (“The Polar Express,” “Beowulf” and “A Christmas Carol”). One persistent Hollywood narrative insists that actors could eventually be phased out of the business based on the advancements of this system, but thus far no endeavor has been able to suggest it with convincing results. “Mars Needs Moms” opens with a divisive conundrum that undermines the argument even further: in early scenes, we meet Milo (Seth Green), a prepubescent problem child who subjects others to varying degrees of disobedience, and is abruptly silenced each time by the stern words of a mother (Joan Cusack) who has little desire to repeat herself. In the heat of one such moment, Milo insists that his life would be easier without a mom, and there is a brief solemn pause that concludes with her walking away from the situation nearly in tears.

How can we actually tell this is what she is feeling, or that we are having the correct perception? Not a single face in this movie reflects the dexterity of authentic human emotions, and often we are left with digital profiles that mimic the actions of expression with none of the organic context. At other times, entire characters seem clunky and out of place in their own scenes, as if conscious of an underlying suggestion that their live action counterparts are inharmonious to the needs of animation. All ideas are worth an experiment, I suppose, and in some isolated examples there are success stories (think of Gollum in Peter Jackson’s “The Lord of the Rings” trilogy). But if there is indeed a promising future for this format, it is one I have reservations of ever approaching with optimism.

The fallback of two of Zemeckis’ own attempts in this genre was that they had intriguing stories – a luxury not afforded to “Mars Needs Moms.” The premise deals with a nefarious plot in which female Martians – who control their planet with military precision while the male counterparts are exiled into a massive garbage dump from the day of birth – resolve to outside influence in order to raise their female babies. Because they are not equipped to discipline their children in the ways necessary, I guess, they use a giant telescope to search for those who may have a better grasp on the concept. This idea takes their crosshairs to Earth, where they spy on mothers disciplining their own children, settle on one they think is appropriate, and then snatch her in order to bring her back to Mars and transfer her motherly essence into a giant machine programmed to raise those Martian kids. This process, unfortunately, also kills the mother – a fact revealed later when we meet a grown adolescent named Gribble (Dan Fogler), who stowed away on the ship that kidnapped his own mother years prior, and then witnessed the process at which she was absorbed into the Martian machine before he could free her.

Gribble’s tragedy is mirrored in the present by Milo and his Mom, who become the story’s newest victims to an alien abduction. When she is snatched following an argument, Milo too stows away on the alien spacecraft, and then gets lost in an arsenal of subplots and unfortunate circumstances while his mother is isolated in some unseen area to prep for the inevitable “transfer” process. After escaping the corridors of their headquarters, he winds up falling into the vast garbage facility that all the male Martians have been banished to (he falls a great distance, but apparently trash is soft enough to land on, and he doesn’t injure himself in the slightest). The pudgy and sarcastic Gribble, now hiding amongst the exiled, aspires to rebel against the female Martian empire and offers to help Milo free his mom before the big event transpires. Also along for the ride is Ki (Elisabeth Harnois), a female Martian whose appreciation of human culture has turned her into a flower-loving hippie, and identifies with the human characters, I guess, not so much out of sympathy as much as out of allure.

I use the words “I guess” a lot in describing “Mars Needs Moms,” because little is definitive about anything being told or displayed in this movie – minus, of course, the notion that the digital animation is done with minimal skill. The Martians are conveyed in a manner that seems sloppy and out of context, but they are triumphs compared to what we get with the human characters: awkward and primitive exercises in achieving some semblance of realism. Max Headroom would stare at them in utter disbelief. Then again, was anyone involved in making the movie that observant to begin with? Consider the one-dimensional silliness of this story, and compare it to the insightful prowess of the Pixar cartoons; those movies have rich foundations, with characters that leap off the screen and into our imaginations. The plot of a movie like this serves only to be a conduit for murkier intentions. The premise is flimsy, the story progresses like a vehicle with engine trouble, and those that stand in the foreground of the events do so as if aloof from the material they are supposed to be connecting with. Reservations aside in the “motion capture” technique, here is a movie that seems to be at war with the notion that animation can inspire or invigorate.