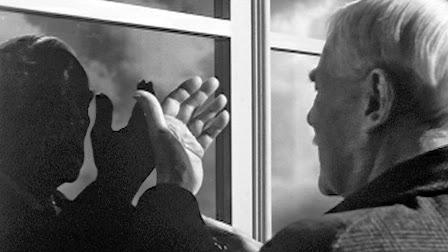 Let me tell you a little about yours truly in the years leading up to 2005. The writer, critic, movie enthusiast and person you see now, in many regards, is a much different man than what existed preceding that bracket of time. Much has been said about events that transpired over that period – perhaps the strangest and most traumatic of my adult years – but what would be the relevance of digging that all up now? I’ve never been one to wallow in victimization when it comes to looking back on how things transpired, because it is redundant to the decisions I make in the aftermath.

Now more than ever I am empathetic to people whose lives play out in the theater of my vision, perhaps because their plights have become relatable. Consider the possibilities. Family tragedy. Romance. Betrayal. Uncertainty. Mental instability. Failing health. Loss. Finding oneself. These are not experiences beyond the realm of understanding for anyone who has endured them. But at the beginning of ’05 most of them were merely narratives that others were enduring, and I was the quiet and perplexed voyeur standing on the outside looking in. Sometimes I connected with what others were going through, but couldn’t comprehend the meaning or the depth of their trauma. I lacked that commonality because I didn’t know how to live beyond the safety of the seats, nor did I much care to; they were at a safe distance from the action, allowing my perspective to remain unclouded by the influence of human noise.

I was afraid to live, indeed afraid to interact. I came to writing about the movies in the late 90s for two primary reasons: 1) it was by luck of the draw that I had gotten the opportunity to write movie reviews for a high school newspaper; and 2) it was a consistent and solitary hobby, keeping me away from the indulgences of social interaction (love of the movies was merely incidental). Through a routine that involved watching films and then spending hours in front of a computer screen talking about them, I discovered a controlled environment of isolation, which I craved intensely. There was a level of contentment in not dealing with people directly, many of whom I perceived as prodders that existed to pop a bubble that was comforting.

I suppose it creates necessary exposition to understand why that bubble existed in the first place. I was born in 1981, a year after my parents had lost their youngest daughter during an open heart surgery. From the onset, I believe, there was this quiet reverence that family had held beneath my mere existence; I was a new light in their world of terrible shadows. That made it impossible for some to recognize the pattern of desires that trickled under the surface of a young inquisitive boy, and I was coddled to utter complacency until there was no desire to go beyond the fenced yard. Growing up in a bad neighborhood in Southern California certainly added to that reality. Family pets died by the dozens in the street our house overlooked, and for seven years my mother refused to let me walk to school alone, even though the building was only a few yards down the road. She and my dad were simply doing what practical parents did, which was ensure the absolute safety of the children they loved so dearly. No one could begrudge them that.

Spending all that time at home meant that family was intensely important. My younger sister, born in ’83, was my spirited rival and dearest friend. Two older sisters, born from a previous marriage on my mother’s side, were fierce and loyal protectors (and sometimes vindictive antagonists). Little of that changed in the years that followed, despite a move in 1993 that took the core part of our family unit to Northern Oregon, done entirely to be closer to more family (namely our grandparents). Having fun, going places, discussing the world, reading books, playing video games, being entertained – all of that could be done from the comforts of home, and the added benefit of additional family intensified that. So really, why bother have a longing to make a life on the other side of the fence if all I needed was right in front of me?

Somewhere in that phase I also developed some level of contempt for my fellow man. Television seemed to be a haven for nightly bulletins about destructive forces in the world, often resulting in the deaths of countless innocent people. The Oklahoma City bombing stuck out in particular. Other unfortunate things followed, heightened by the age of random school shootings. School life was a series of lessons intercut with bullying and teasing, but I was somewhat used to those situations; in California, being one of less than half a dozen Caucasian kids in a prominently Latino community proved to be its own ironic obstacle. The consequence of those prospects is that on the few occasions I had to make good friends at school, nothing would develop. My social skills were fine around those I knew well, but incompetent to those who might have been worth getting to know. Throughout both middle and high school, interactions were usually brief and succinct, without any prognosis of lasting beyond the cafeterias.

What this all amounts to is a character flaw I feared dealing with until only recently: the fact that most of my life has been spent living in fear of social situations. In school the environments were less predictable, but by the time I had reached my first year of college, I literally feared walking out of the front door. I perceived all eyes on the street were staring at me, passing silent judgment. I could barely walk into public places without my skin crawling. Even classes at the community college were like a chore during that first year; often I would sit at the back of the class, and remain silent even as my wise instructors called on their students to add points to the discussion. The fear dissipated gradually with the inviting nature of my journalism colleagues, but few were able to break that bubble entirely. In the three years I spent with many of them, my only outside interaction with the group occurred at the end of my school tenure, when the college paper staff held a luncheon at a local pizza parlor to celebrate the completion of the term.

Social anxiety isolated me for the most part well until mid-2005, after a series of family circumstances shocked me into a new phase of consciousness. Friends became more regular, and lasting. So did possible romantic connections. In some odd way, however, those indulgences replaced going to the movies, because until then I had mostly used the theater as a means of escape from the social world. No one judges or snickers at you inside a screening room, after all, because the lights are out, and all faces are turned towards the screen in a collective pass of unity. The feeling of calm I got from seeing movies and writing about them, unfortunately, was also paralyzing in its own way, because it meant I was neglecting opportunities to see and discover the world outside. I abandoned my hobby, only revisiting it in the eight years that followed when the peaks and valleys became difficult to bear.

The necessity of those years, however, expands my awareness even now. All those people in my life who added a richness and subtext did not do so in vein; their examples set a precedent, an intimate benchmark. Their lessons encouraged the building of my individual destiny, and have helped abolish any remaining shame I might have harbored over my human limitations. Ironically, it was all like travelling in a circle, absorbing experiences, and then arriving back at the same starting point with an enlightened perspective. I didn’t imagine myself going back to the world of movie criticism as a consequence, but other catalysts, much like the ones from eight years before, were a startling wake-up call. Once the writing emerged again, it was easier, almost fluid. And it remains consistent because it comes now from a place of joy and passion. And now more than ever, I believe without reservation that the movies do, indeed, have the capacity to shape our emotional states into something profound.

When I first saw Ingmar Bergman’s “Wild Strawberries” in 2002, its painstaking artistry was instantly admirable. Yet I did not entirely identify with the reflective nature of its hero, the frail Dr. Borg, because his reality was oblique in the eyes of a college student. Even when he reflects at the end of his life on missed opportunities and forgotten love affairs, the mind of a young observer does not fully identify. But with time and emotional maturity, his story seems less distant and more relatable, and at the age of 32 I find the trek of my own life sharing an eerie parallel. Indeed, what will matter about all of this when I’m gone? What opportunities did I miss in the years I was complacent with merely existing? The harshest moment of Borg’s dreamy excursion through the recess of his mind occurs when he walks down an empty street, and is unable to see his own shadow. This moment represents insecurity in one’s existence that, I believe, all of us must confront in the third act of life. Just as Borg did, and just as Bergman did, I too will face this reality. But who rules his own shadow in the interim? Only the one who finds solace in valuing the present moment and doing all he can in enjoying the life he has built. Somehow, I suspect understanding this now is probably the greatest gift any one of us could give ourselves.