The 2014 Academy Awards: A Final Snapshot 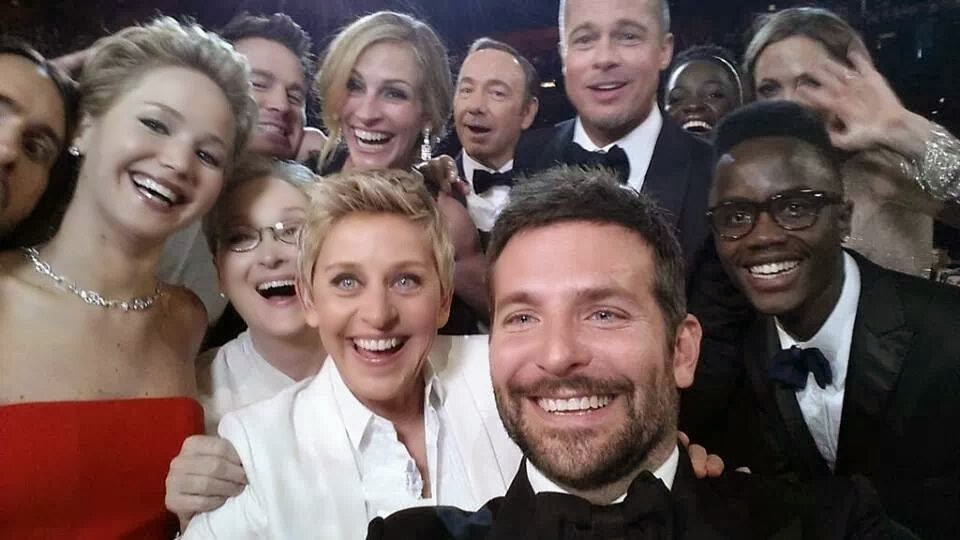 There was a moment early in the 86th Academy Award telecast where the host, Ellen Degeneres, called attention to a lavishly dolled up Liza Minnelli, referring to her as the “best Liza impersonator I have ever seen.” It followed with the definitive zinger of the night (“Good job, sir!”) and the most unpleasant look on the face of a notable audience member (Miss Liza appeared to be none too pleased). Most probably would find such a comment a norm for most modern comedians, but for Ms. Degeneres, it was the closest she could ever come to creating a sensationalized criticism of anyone in her audience. After the audacious demeanors of hosts like Seth MacFarlane and Jon Stewart in recent years, Ellen emerged as more subdued and engaging, often playing it safe so that the words of the movies spoke for themselves.

Safe, it turns out, is probably exactly what this telecast needed. After reaching a fevered pitch of over-production in the recent years, the 86th Academy Awards by comparison reduced the gloss and polish of award show theatrics, and instead focused entirely on its stars as they stood under the archway of the Dolby Theater. Some showed a presence that was like rekindling a lost magic (Whoopi Goldberg walked onto the stage in one moment like she belonged there), while others ventured up onto the podium for the first time as if thunderstruck by the reality in front of them. If movies do indeed enrich us and make us thankful for what we have, then the actors and filmmakers who received awards Sunday night experienced similar feelings tenfold. This, for them, was probably one of the defining moments of their lives.

The Best Picture academy award went to “12 Years a Slave” – the inevitable choice, I believe – but the night’s greatest success story was “Gravity,” which walked away with the most trophies (seven in total, including one for its talented director Alfonso Cuaron). Nearly a technical sweep, the movie’s awards success heralds, perhaps, a change in the state of mind for the Academy, who ordinarily does not recognize science fiction films beyond the obligatory visual effects award. “Slave” followed in second place by also receiving honors in the Supporting Actress category (for Lupita Nyong’o) as well as Adapted Screenplay (also a given), and rounding out the top three was “Dallas Buyers Club,” which also took home a trio of gold men (Lead and Supporting Actor, and Makeup).

If the success of “Gravity” was obvious given its ten nominations, than the total shutout of “American Hustle” was a major surprise. Also leading the way with ten nods (most in key categories), the David O. Russell  drama failed to yield a single win, losing out to more mainstream favorites in several of the key categories. But of the picture nominees, it was hardly the only victim to this trend; other nominated films like “Captain Phillips,” “Philomena” and “Nebraska” walked away empty handed (though in a time when the Best Picture category offers up to ten nominees, shut outs have become more likely). Also a big loser Sunday night was Martin Scorsese’s “The Wolf a Wall Street,” a film I did not admire, but was nonetheless noteworthy for a couple of key performances that were more than deserving of their recognition.

From a personable standpoint, few ceremonies have also been this engaging. So typical is it of award shows to create a stage that is a focal point and reduce the audience below to some sort of oblique shadow; here, under the guidance of a very collaborative host, a good portion of the material in between trophy handouts and singing took place right there in the aisles, where Ellen herself engaged her peers with a thinly veiled sense of delight. So intense was her interaction, in fact that she got an immense amount of audience participation out of several notable stars – in one key moment, she even took to bringing several actors together for a cellphone picture, which would go on to become, in the same night, the most tweeted post in Twitter history.

The return of the movie montage
In recent years, the awards ceremony exuded the pomp and fanfare an elaborate stage musical (remember the year Hugh Jackman hosted?), but in 2014 the music outings themselves were relegated to six isolated performances – four for each of the song nominees (a refreshing return to a tradition), and two commemorative pieces (Pink sang “Somewhere Over the Rainbow” during a 75th anniversary tribute to “The Wizard of Oz,” and Bette Midler sang “Wind Beneath My Wings” to close out the In Memoriam tribute). To fill in moments between songs and acceptance speeches, the Academy returned to a sensibility that had been dormant during the last few telecasts: the movie montage. One key assemblage of movie clips was particularly inspiring: all involving films based on real people and events, images from the data bank of our minds seemed to flash in succession across the screen, and some of us, including me, were reduced to tears of joy. Moviemaking has the capacity to achieve many things, but perhaps none as important as the opportunity to educate us in the ways of a harsh world.

Not so joyous – but necessary – was the feeling of sadness that overcame us during this year’s In Memoriam montage, featuring faces of countless stars we never felt ready to say goodbye to. Paul Walker. Shirley Temple Black. Deanna Durbin. Sid Caesar. Phillip Seymour Hoffman. Peter O’Toole. But this displaced grief swelled into a more localized sense of sadness when Roger Ebert’s name and face came across the frame; some were weary that the Academy would include him because of his status as a journalist, but few names and faces were ever more influential in this industry as his. The inclusion was not only necessary, but bittersweet.

The Lasting Impression
If there is any singular emotion that outshines all others when it comes to this year’s show, however, it is the overwhelming feeling of celebration that permeated from the theater – the celebration of wonderful films, of technical ingenuity, of benchmark performances, of the overreaching notion that mainstream actors seem to be taking greater artistic risks (Matthew McConaughey, for example), and of the underlying sense that the movies, still, bring us all together in a joyous and collective human experience. Several of the acceptance speeches reflected that, too. My personal favorite: Jared Leto, who dedicated his award to the millions of people who lost their battle with AIDS over the last three decades. His words are not so much the personal feelings of one win, however, as they are the consensus of an industry that seeks to reflect our values and neutralize our tragedies. What a privilege it is for us to be part of this journey as passionate observers, and how joyous it was to spend four hours with a talented group of individuals who seemed just as enthusiastic about being there.