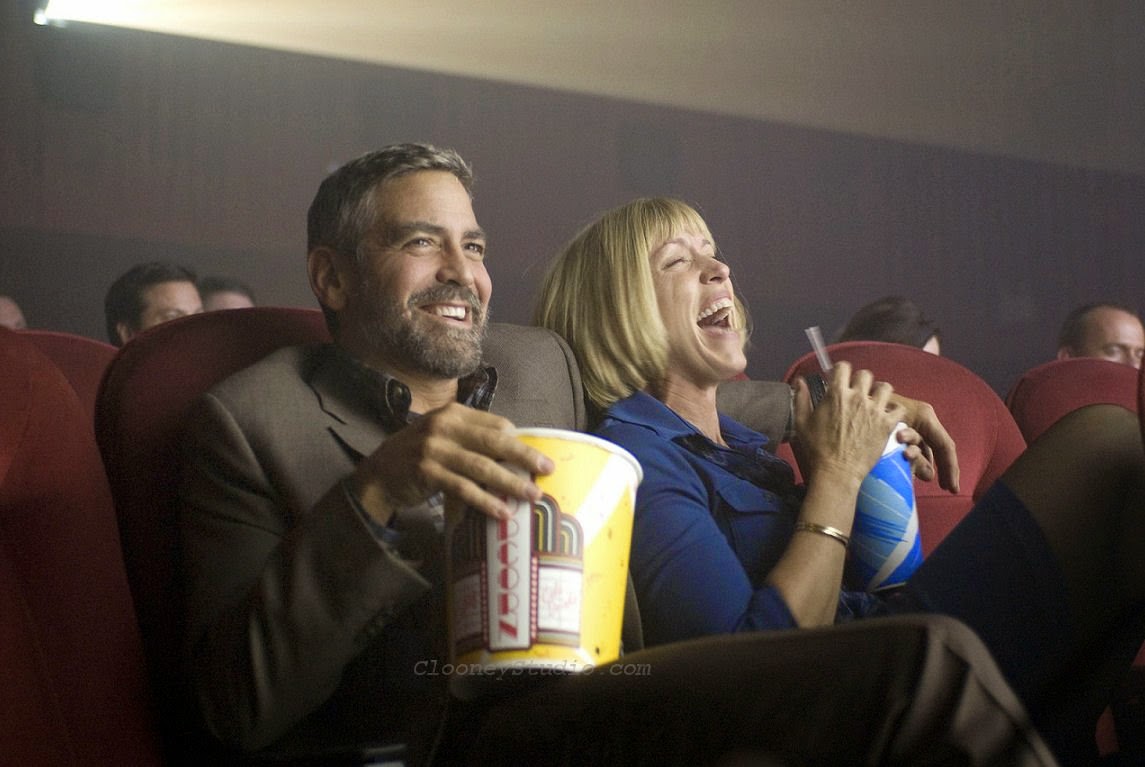 Deep dark secrets are the crux for the characters of “Burn After Reading.” Some possess them, others strive to uncover what they suspect are smoking guns in elaborate pursuits. Their common bond, for better or worse, is stupidity; never is there a moment between them (or in isolation) when the obvious conclusions are as clear as they should be, essentially because they are driven by agendas that deny all possible traces of logical thinking. But the journey for answers (and in some cases, general security) carries them along continuously through a plot absorbed in varying levels of suspense, uncertainty and the dubious promise of some great final revelation – of what exactly, who the heck knows, but judging by all those wide-eyed gazes, it sure does look to be suspicious!

Lesser filmmakers would use that kind of narrative canvas for endless exploits into dimwitted convictions, and often have. Think for a moment about what it means to be at the center of an “idiot plot,” if you will – because events are made so based primarily on the notion that characters function with the mental capacity of insects and can’t figure simple things out, it’s rather difficult to be interested in any of their antics. Idiots, in general, do not make for very sympathetic heroes or villains. But “Burn After Reading,” an audacious comedy from the Coen Brothers, reads between those lines. An ensemble of morons dominates this story, but they are real and believable dimwits, not fabricated from the narrow conviction of screenwriters who have misplaced perceptions of them, and they co-exist with such organic precision that they remain utterly fascinating right until the last frame. Once upon a time, the Coen’s touched on similar possibilities in “Fargo” and “Oh Brother, Where Art Thou?”; this time, they have severed all constraints and gone for the jugular of pure and unfiltered comedy revolved around total airheads.

The plot is a formality. It all begins with an ominous gathering, when some sort of high-ranking intelligence official named Osborne (John Malkovich) is summoned to a closed-door meeting and demoted, rather unexpectedly, from his post. “You have a drinking problem,” one of his peers announces. “You’re Mormon!”, he retorts. “Compared to you, we all have a drinking problem!” He returns home to his wife Katie (Tilda Swinton), a coarse and bitchy sort, who is preoccupied with the prep work of a dinner party. At said gathering, they interact with Harry (George Clooney) and his wife Sandy (Elizabeth Marvel), two seemingly happy characters who have their own secrets: namely, Harry is carrying on an affair with Katie, and both of them plot to divorce their spouses (for Katie, preferably while he is off his feet and still crumbled by his job loss, because yes, she is that bitchy).

Meanwhile, we meet Linda (Frances McDormand) and her dearest friend Chad (Brad Pitt), two athletic coaches at the local public gym, who have their own challenges; she wants a complete surgical overhaul to keep up with the younthful demands of representing a fitness center, and he, a simpleton, seems hard-pressed to remember what his own name even is. They are managed by a jellyfish of a boss named Ted (Richard Jenkins), who has daggers for Linda, even though she is buried in the allure of online dating; in an early scene she shares dinner, a movie and a night of sex with a man seemingly without emotion, and later she winds up meeting up with Harry, who is also using the dating service, likely without the approval of his naïve wife or bitchy mistress.

Strategic compounds push them to suspicious activities. When a CD containing Osborne’s memoirs is left behind at the gym, Chad interprets the documents as something highly classified, and he and Linda move to extort Osborne for money. Linda’s motivation: because insurance will not pay for any of her “elective” cosmetic surgeries, she needs those funds to achieve the desired transformation. That puts quite a lot of pressure on Osborne, who does not do so well with blackmail; angry and bitter, often in the form of outrageous verbal diatribes, he spirals from the situation just as Katie files for divorce, throwing him out of their house and changing the locks in the process. And when the meet-up to exchange money for Osborne’s personal files goes hilariously awry, Linda responds by, of course, doing what every other ordinary person would do in her unfortunate predicament: she instead takes the documents to the Russian Embassy in hopes of selling them off as government secrets.

Countless twists, turns, misunderstandings and outright shocks dominate what happens to these people, but they are little more than devices. The movie works because the Coens, so impeccable as observers of human nature, use the plot points as conduits for complex behavioral experiments. Their attention to detail, always impeccable, remains a constant strength. What directors today, for example, would even bother with seemingly static scenes like one in which Osborne, absorbed in a mundane existence, is seen watching Family Feud? Or another when Linda allows a plastic surgeon to go into detail over all the changes he will make to her body? Moments like these remain effective in disintegrating barriers between audience members and movie characters, but they also are indicative of dedicated artists who obsess over every minor fraction of a detail. And the dialogue, often innocuous at first glance, carries all the far-sighted framework for may, in fact, lead to something significant much later on. Example: when Harry informs Linda during a dinner date that the gun he conceals has not once been discharged in the twenty years he has carried it, what are the odds he may do so by the end of all of these perilous circumstances?

“Burn After Reading” does not aim to be one of the monumental successes that the Coens are now famous for. It lacks the dramatic insight and precision of “Fargo,” and does not find the psychological resonance of “No Country For Old Men.” But seldom has a comedy about such thoroughly dumb individuals been so engaging, or so insightful. The chemistry shared between the actors conjures up some moments of brilliant comic timing. The movie is absorbed in its specifics, right down to the chewing gum and bicycle helmet Chad uses on his way to a critical rendezvous. The script’s twisty intentions are not burdened by any sense of false modesty, and just when you think no stone remains unturned, there it is pushing the conflict beyond normal ramifications and into the heart of sheer absurdity. Where does it all end, and indeed amount to? A CIA agent foolishly asks such a question in the compost heap of illogical events, and gets the most apropos response: “I’m not quite sure, but it’s messy.” Yes, and outrageously funny too.