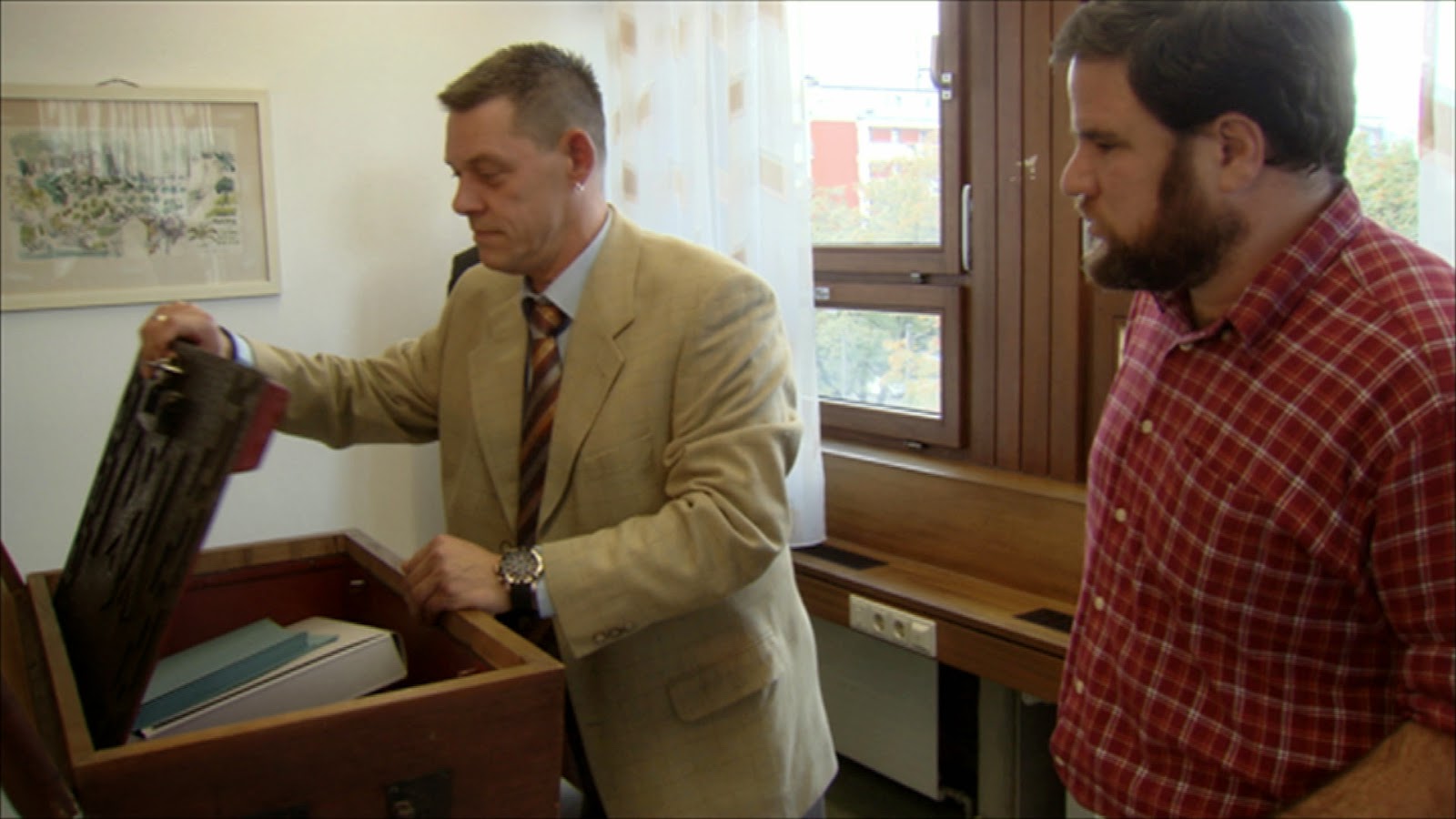 Five names, five lives forever cast in the shadows of evil. Their faces are hard-worn from existences that seem almost otherworldly, their expressions indicative of countless years of brooding and self-loathing. Who are they? What significance do they hold? Has their experience lead them to outright detachment? They are some of the last descendants of the Nazi empire, and coursing through their veins is the blood of a legacy that will forever haunt them, torture them, and subject them to certain social exile. That they have spent their entire lives atoning for the sins of their ancestors is critical in the study of their troubled lives, but why should they have to go through all of that now, so long after the dust has settled? Are the horrors of our parents and grandparents so potentially horrific that they could, quite possibly, reverberate into the histories of those who come long after?

“Hitler’s Children” is one of the most haunting documentaries ever made about tainted ancestry, a work of intense research that plays like a cerebral revelation rather than just a straightforward lesson in history. Eyewitness accounts from those associated with the Nazis have been the crux of World War II records in the movies for well over half a century, but in that unending swell of information that continues to pour from the floodgates, here is a story that has rarely been told, and seldom with this level of conviction or power. That it all comes together in one critical moment in time for its filmmaker – who no doubt took some great risks in ensuring that he acquired all the necessary details before losing his sources to possible mortality – is a pivotal accomplishment both as a journalist and as a director. For him, and indeed for us, this is not a mere collection of painful memories meant to add new perspectives into the architects of the Holocaust, but simply a record of experiences from those who grew up with the smear of a tarnished namesake, and how they have all dealt with the fallout.

At times, there is cause to wonder who of the five has experienced the greatest emotional collapse. I have my opinions, but see what you can deduce from these descriptions. The movie opens with the introduction of Bettina Goering, the great niece of Herman Goering. Immediately her words are of a piercing reality: “I look more like him than his own daughter.” The name, a plague on her existence, follows her like a wound that will never heal, and her family’s deplorable legacy has weighed so heavily on her that she has abandoned German culture altogether, opting to live a very secluded life off the grid somewhere in the United States. Then, another great niece appears: Katrin Himmler, the unfortunate descendant of the notorious Heinrich Himmler. How has she found a way to live beyond the scope of tragedy wrought on this world by her great uncle? Fortunately for her, her upbringing was surrounded by more liberal-minded sensibilities, and she has even found some level of happiness in marriage to a Jewish man whose own ancestors were survivors of the Holocaust.

Rainer Hoess, the grandson of Rudolph, offers the most startling revelation. In a chest gifted to the family by Hitler himself, countless portraits of his elders fill the interiors, many of them emphasizing thoroughly happy times at the site of a grand villa. But they all, alas, carry a dark secret: this property, a seeming haven for pleasant childhood memories, was located right on the grounds of the Auschwitz extermination camp, and the pictures reveal horrific details in the distance while happy children smile in the foreground, unaware of the atrocities occurring on the other side of an iron gate. That he recounts these details to a new journalist friend named Eldad Beck is intriguing, to say the least; Beck, himself a third generation Holocaust survivor, is seemingly there on nothing more than professional assignment, and when both of the men decide to take their first trip to the Auschwitz camps together, a silence develops between them that, by the end, becomes almost deafening.

There is also, in much briefer interludes, the accounts of Monika Goeth*, the daughter of Amon Goeth, whose persona was given cinematic life in “Schindler’s List.” Hers is a story of rattling pointedness, especially in the aftermath of the war; in a candid interview with the camera, she recounts a story of her interactions with a bartender in Munich, who rolls up his shirt sleeve to (inadvertently) reveal his tattoo of numbers, and opens a door for Monika to step through that inspires a painful confrontation. On the contrasting side, poor old Niklas Frank (the son of Hans Frank, the Governor-General of Nazi-occupied Poland) angrily renounces early illusions; though he admits to having a “happy childhood in that sea of blood,” there was obvious disconnect between him, his siblings and his power-hungry parents, ultimately culminating into outright hate when the realities of World War II were exposed in full. Beyond writing two books and offering damning proclamations in very public settings, his is a life caught in a dogged pursuit for answers that he knows, in his heart, will never come. Did his father ever save a life? Did he ever do a single humane thing before the end came for him? Is there anything, any remote detail buried in a document somewhere, that can offer him peace in this time of vehement hatred for his monster of a father?

The stories do not intersect directly, but are united by the overpowering sensation that these lives must, before the end, find a way to counterbalance the unthinkable crimes of their relatives – for themselves, for family members and sometimes, alas, for outsiders, many of whom still keep watchful eyes on them as if to assume the mark of evil still carries through the bloodlines. Bettina’s penance comes in the form of sterilization; without any opportunities to birth a child, the Goering line can officially be wiped off of Earth after she is gone. For Niklas, it comes down to his tireless crusade of motivational speeches, even though his opinions are not equally shared amongst his siblings (one of which is, yes, a Holocaust denier). And for Rainer, the answer all comes down to facing the tragedy at its source: on the grounds of Auschwitz itself, where his father grew up and his grandfather oversaw the slaughter of millions of people. The movie frames the gravity of his burden with scenes that involve him walking in the wreckage of the Hoess home, looking for spots at which the famous photos were taken. And in the most striking moment of the picture – a moment that reduced even me to tears – Rainer is brought to a public question and answer session where an actual Auschwitz survivor offers him the words he has needed to hear his whole life: “it wasn’t your fault.”

The last scenes do not extend a sense of closure. Such a concept is impossible, even to the eyes of these five people, who will continue to live with the guilt until the last of their days. The sullen final words from Eldad, the journalist, are reminders that crimes this grave will not be corrected even by apologies, and what is etched in the stones of time will always remain a stain on our humanity. But “Hitler’s Children” never was about a fool-hearted pursuit for resolution, either; it is simply about facts and observations. And of all the lessons that will persist here, the greatest – and most necessary – is the comfort of knowing that wisdom and empathy are powerful enough to disrupt the ripples of horror, and in the hearts of enlightened souls, the ideologies of the past can be abandoned in the wind.

* Monika’s story is more fully fleshed out in a documentary called “Inheritance,” which deals directly with the shock she must learn to cope with after details of her father’s actions are realized in “Schindler’s List.” If every story earns the right to have a companion piece, then here is one that belongs right alongside “Hitler’s Children” as essential viewing.