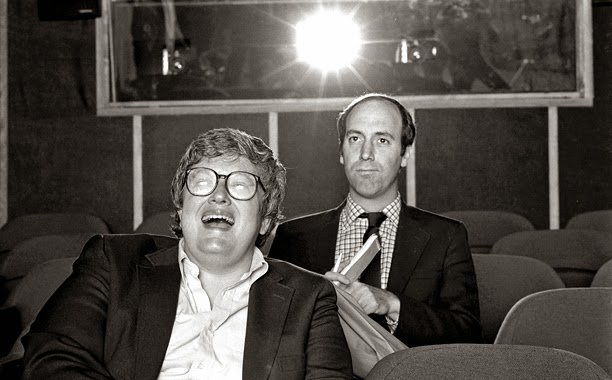 The unsung hero of Steve James’s “Life Itself” is a rare force even by the standards of effective fiction. It is not Roger Ebert, the brilliant movie critic of the Chicago Sun-Times, but rather his wife Chaz, a woman whose capacity for love left behind resounding echoes in the life of a man who might have faded into darkness without her. To see her present for the final stages of his life is to witness the endearing patience of an angel; while her emotional struggles remain mostly private, her commitment to his care is steadfast, and the camera is even present in a moment when they both have a striking but calm disagreement over whether he should be walking up stairs after being discharged from a hospital stay. “You need to trust us,” she advises, even when his clenched fists indicate stubborn protest. How did she manage to tread so calmly through the lengthy wilderness of a frail and dying mate without resorting to outright emotional exhaustion? The answer is not as important as the reality, which goes to the heart of meaning in Ebert’s third act of life: when illness leaves one crippled beyond repair, it takes someone strong-willed to provide unending support and compassion, just as it does to fight the disease with all one’s might.

And so went the tumultuous narrative of Roger’s final years, after a lengthy battle with cancer paralyzed part of his face, altered his vocal chords and then ultimately disfigured him in an utterly cruel twist of fate that ended with the loss of his lower jaw and voice. For anyone seeing “Life Itself,” the new documentary based around his stirring memoirs, few of these details will be revelations; Ebert was not a very modest individual, and his struggles – not to mention his ultimate disfiguration – were dealt with out in the open for as long as he endured the fallout. The real eye-opener, it turns out, comes down to a matter of basic principles. As depressing an experience that both Roger and Chaz must have been going through for so long while cancer wreaked havoc on his body, the movie overwhelms us with the powerful sense that optimism fueled them even in the bleakest circumstances. On and on the battle waged, but always there seem to be smiles, reflection, and joy shared over a lifetime of beautiful memories. And when the end finally came for him, he did not fear nor challenge it, knowing that it was time to finally rest after fighting so long with unwavering courage.

Good documentaries argue their points with conviction, but a great one finds its reality from the first moment and offers no doubt in the details. “Life Itself” studies Ebert and the facets of his life not as if trying to persuade, but to merely emphasize the most obligatory point of them all: that this was a man who loved what he did, and never compromised from that, even when the odds were completely against him. What a remarkable soul he was, and what a lasting legacy he leaves behind. Movie criticism was founded in the sparse halls of elitist types well before his career began, but it was the undeniable Ebert imprint that made it the accessible and absorbing profession it is today, and here is a labor of love that reminds us, in thoughtful passages, of where it all began and what it means now in a life that must go on without him.

From the outset, the movie’s urgency is established. James, the celebrated director of “Hoop Dreams,” notates in an early voice-over that Ebert, one of his greatest champions, summoned him one day in early December of 2012 to discuss adapting his memoirs into a documentary film. The irony: their initial conversations – and the first scenes he shoots – begin just as Roger is checked in for one of his final hospital stays, when a hairline fracture in his hip cripples his ability to walk. In that moment, the importance of his autobiography is reflected in eyes that serve as warning signs. He seems to know time is not on his side any longer. And as the picture weaves back and forth between the grim realities of the present and the notable memories of the past, our perceptions reach clarity. With a life so full of so many adventures and excitement, is it any wonder that Roger was a man who saw no point in dwelling in the negatives of his later life?

Now about those early memories. They are vivid, and informative. Usually chronicled in voice-overs that replicate Ebert’s own words from his written memoir, the film documents nearly all facets of his evolution, from his middle class beginnings as a child in Urbana, to his time as a newspaper editor in college during the assassination of Kennedy, and ultimately to his nearly incidental appointment to the film critic position at the Chicago Sun-Times, long after his goals to pursue a career in teaching English were driving his aspirations. But at that moment, a watershed event occurred: Ebert not only contrasted the careers of earlier movie critics with his unique style, but informed the process and made it engaging. His reviews became the cornerstone of cinematic analysis. Some within Hollywood, like Martin Scorsese, even gained the confidence to go on because of his gracious words (he carried around Ebert’s review of his first film, “Who’s That Knocking at My Door,” in his coat pocket as a constant reminder of that acceptance). And eventually Ebert even dabbled into part of the medium himself, gaining notoriety for writing the screenplay to Russ Meyer’s cult classic “Beyond the Valley of the Dolls,” and forever establishing himself as a man who could look at the movies as an avid everyman, not as an arrogant elitist.

The memories also come attached with insightful anecdotes – a few from dear old friends, a few others from film directors and movie stars, and yet even more from colleagues in the field who, at some point or another, either rubbed elbows with him or vehemently protested the manner at which the “Siskel & Ebert” show reduced movie reviewing to a one-note system (Richard Corliss, who is present for some of these interviews, was the loudest dissenting voice on that issue, though time and perspective has softened that opinion). The movie’s approach emulates Ingmar Bergman, whose greatest film, “Wild Strawberries,” shows an old man at the end of his days reliving memories of long-gone relationships and earthly pleasures and regrets. But not all of the details are professional, and there are even brief glimpses into the origins of Ebert’s marriage to Chaz, who came out of glaring contrast to the women he usually dated, and found his confidence and charm attractive even when he weighed a staggering 300 pounds. The most profound revelation, I would say, is the degree to which Roger’s addiction to alcohol became a destructive force; not widely publicized until years after, his dependence on drinks could have cost him his career (and perhaps maybe even his life) had he not found the strength to simply stop one day in 1979.

And then, without warning, emerged the figure of Gene Siskel, a “rogue planet in Roger’s solar system” who, in 1975, would be paired up with him in a new public broadcast that would discuss the movies in-depth for a television audience. For well over 20 years, the two critics, forever in a competitive mode with one another that often reduced their antics to below-the-belt digs, fought their great battles on air in front of millions of onlookers, and forever etched an imprint in the minds of eager film enthusiasts who thrived on the promise of fiery arguments. That “Life Itself” focuses great time on this facet of their lives is, no doubt, obligatory; as an added benefit, Siskel’s own widow is present here to offer deeper insights, especially when it came to their interactions off camera. Did they hate each other, or did they have mutual respect that was simply driven by a neurotic desire to always be right? Her recollection of Gene’s own description is the most apt observation of their capricious chemistry: “Roger is an asshole, but he is my asshole,” he said.

Two quibbles. The first comes down to basic balance of details – in a movie that clearly seeks to highlight the important passages of Ebert’s life, is it at all wise of James to simply ignore any reference to his partnership with Richard Roeper, the man who eventually replaced Siskel after his death? As innocuous as their professional coupling may have seemed in comparison to the volatile working relationship between Ebert and his greatest rival, it was nonetheless pertinent enough to deserve at least a mention (or, if the movie wanted to cover all the bases, some personal insights from Richard would have been valued). Secondly, James seems to be so madly driven by the idea of covering so much material that he, at times, side-swipes a few of the more interesting points (the coverage of Ebert’s time at the Conference of World Affairs in Colorado, as an example, seems like a mere footnote). But these are qualms projected based on my own personal history with the Ebert brand, and there is little likelihood that casual viewers will be bothered by the outcome. What we are left with, no doubt at Ebert’s own beckoning, is this uncompromised but joyful celebration of life, a movie that refuses to gloss over the horrific realities of his final days but wraps them in a context of irreplaceable memories that are touching, insightful and deeply penetrating. “Life Itself” is the goodbye that many of us never wanted to say, but at long last it has been done, and with all the astounding power that Roger himself saw as just part of the process of living. 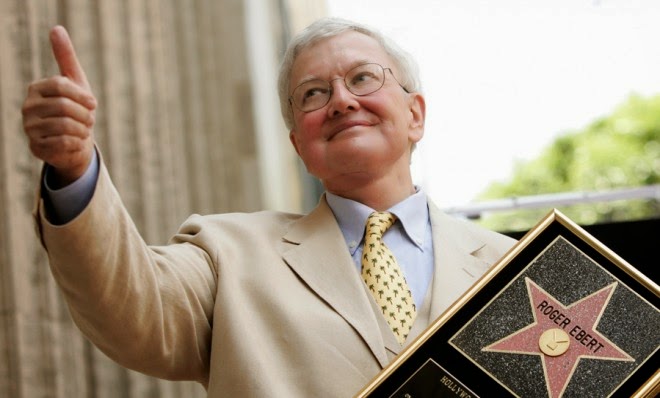