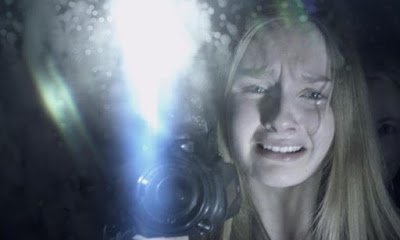 The greatest pain – and often the most penetrating terror – frequently comes from sources near and dear, arriving at the epicenter of our awareness when our outlooks are shattered by underlying torment. Sometimes that misery can be construed into something of a sympathetic nature, but more often than not it is built on the threshold of dangerous inner demons, and is so horrific to face that the discovery is just as jarring as it is dangerous. The acknowledgment that even treasured friends and family could put us in that sort of danger only amplifies the tension – as much as it is unfathomable to find oneself at the heart of uncertainty, it’s intriguing to consider the forces that encourage us to think past such forbidden barriers. What drove the killers of the “Scream” pictures, for instance, to torment poor Sidney Prescott when they were so relatively close to her in her tragic personal life? Was the force of religious fundamentalism really powerful enough to undermine the motherly instinct of Mrs. White, who would eventually turn against young Carrie in an act of insane violence?

Dynamics this precise are not exactly new ground for a thrillseeker like M. Night Shyamalan, but he tweaks with them to intriguing depth in “The Visit,” the latest of his long string of twisty psychological thrillers. The scenario is littered in conventional mind traps: two teenagers who live with their divorced mother have been offered a chance to spend a week with their estranged grandparents off in the countryside, and while there they decide to film an amateur documentary about the visit, mostly for the purpose to pinpointing the root cause of their lengthy absence. Their mother fills their heads with premises to that reality, but never specifics; all they know is that they refused to see their daughter after she left home for a man they did not approve of, and didn’t bother to pick up communication until a decade later, when they learned they had grandchildren. What went down behind closed doors that caused such a tragic end to their relationship, though? How severe did it become? The pursuit for answers is a road often travelled by inquisitive kids, but how jarring it must be to realize these possibilities in more menacing contexts. Secrets may be elusive, but so are motivations; after just a couple of days in the presence of their relatives, both of them sense that something deeper is wrong with them than mere prejudices of the past.

Shyamalan frequently deals with this sort of material in supernatural underpinnings, but “The Visit” is about the realism of personal horrors. It doesn’t bother suspecting unseen forces; the potential villains range from regret to mental instability, and the outlets will not be the sort of confrontations that cloud actualities. Those are useful tools in the movie’s use of the handheld camera technique, which has risen to notoriety in the horror genre in recent times because of how affordable it is. More certainty in details also means more clarity in images that are destined to be indistinct. Yet despite an underlying suspicion that Shyamalan might not have had any other choice in the matter to go low-budget (would any studio really want to throw that much cash into him right now after the dismal failure of his recent endeavors?), his use of the popular technique is a sound one because he uses it in a plot that expands on its necessity. These are not characters that are just shooting footage for the sake of capturing random images or stumbling on earth-shattering finds, but who have purpose, intent and want to probe further when they start sensing hidden dangers lurking beneath.

The kids are Becca and Tyler, two straightforward sorts with fully formed personalities who are less eager and more distantly fascinated by their impending visit. When they arrive, they find their grandparents (played with devious intensity by Deanna Dunagan and Peter McRobbie) to be stand-offish and aloof; she is a homely type who stares quietly at them while baking elaborate desserts, and he intercuts his very brief cold interactions with secretive trips to a nearby shed behind the house. Tyler (Ed Oxenbould) takes immediate interest in some of these quirks, but Becca (Olivia DeJonge) believes their strange behaviors are simply a consequence of growing old. That is the defense she sticks to with stubborn conviction even in moments of more questionable behavior, including a routine that involves their grandmother violently raiding the house at night like a wild animal, usually while nude and pathological.

The trick to earning our trust in this narrative is in building the material up steadily, and here is a director whose experience – be it for better or worse – has made him the ideal facilitator. The movie is effectively modulated, balancing character exposition with pointed dialogue while injecting the plot’s progression with slow (but gradual) increments of terrifying uncertainty. Why, indeed, are these grandparents acting out? Is it really mental illness? Or something darker? Does that threaten the safety of their young visitors? Where must it lead, especially in a scenario where they seem trapped for seven whole days? The story addresses these considerations in a manner that is fluid to the nature of the characters, and they explain the realities back to each other as if in an act of dogged self-reassurance. Sometimes that comes at the cost, unfortunately, of believable exchanges. It is clear that both Becca and Tyler are educated and perceptive, but can they really be that linguistically sound? Something about the reality of their world calls into question the plausibility of their peripheral discussions. How many young teenage girls do you know, for example, that use words like “proclivities” in everyday banter, or actually grasp the concept of misogyny?

Whether it be a plausible transition or one rigged in obstacles, however, “The Visit” does at least go somewhere worthwhile, and that’s almost as surprising as it is gratifying. The climax, which comes after a plot twist that falls right in line with the same devious Shyamalan standard, is not an act of betrayal against the earlier material, and it brings its characters to a moment that is genuinely fear-inducing (for them as well as us). For many viewers, that prospect will be the most rewarding of all. Why? Because anyone who has ever followed the director’s trajectory will easily recall how self-defeating this formula has been in a long line of recent pictures. His “The Village,” for instance, contained a revelation so utterly discordant with the mood of the first two acts that it robbed the result of any substantial value. “The Happening,” in another example, used a series of successive tension-building moments to lead us to the most ridiculous narrative admission you can imagine. After a certain point of replicating this negative trend, one wondered if he even had the capability of understanding what it took to be a successful storyteller of such material. Hitchcock, in contrast, believed that one must play an audience like a piano to strike the right chords of terror. But if we are to arrive at a conclusion based on the movie in front of us, then here is a man who still seems to be learning the specifics of his orchestration, and wants desperately to be at the helm of a precise victory. Either way, he at least seems to be headed in the right direction.