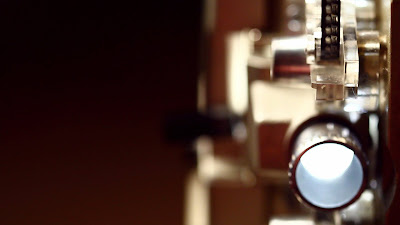 Like a substantial ratio of my readers, I don’t leave 2016 with a sense of relief or accomplishment – I walk away nursing significant mental wounds. Among recent annual passages that carry with them an arsenal of perplexing human experiences, few could be considered as volatile – or indeed as troubling – as what went on over the course of the last twelve months, when social structures were rattled by startling political fallout, world violence reached a new facet of severity, and entertainment industries faced rather troubling dichotomies. It was also the year of the death of celebrity – both literally and figuratively. As famous names from the reveries of the past faded from mortal grasp, others lost their hold on their very reputations, in a time when the lone successor seemed to be corporate entities intent on exploiting the hard-earned dollar of the escapists and the feeble-minded.

For film, it was the age of the triumph of the studio system, in a climate when big financers saw their investments return tenfold as audiences sought to satiate their nostalgic desires through three specific trends: sequels, films set in comic book universes, or franchise off-shoots. Few pictures made waves at the box office unless they were released under the veneer of old glory, and those that flourished with some unique distinction did so because they aligned with the conventions of the dependable formulas. Voices among the edges did continue to push through the cinematic wilderness – and some of their endeavors, like “Moonlight,” even made money – but theirs was a revolution that fell on distracted ears. Rarely has any single year been so consistent in giving emphasis to the loud and absurd, all while shamelessly pushing the more singular artists to the shadows of obscurity.

In writing about these moments over the course of the last calendar year, my focus often curved away from what my primary intentions have been, which is to cover an equal amount of new releases and older ones. In the last three years only a third of my essays have discussed new films, but now a vast majority, once again, involve the latest outings – roughly 60 percent over 2015. Still, I maintain that a lack of balance can reverse one’s enthusiasm for going to the theater, especially if new arrivals consistently undermine one’s personal desires. Towards the end of the summer I realized I was losing interest in the medium because of this strange trend, both as a source of enjoyment and as a discussion point; I only wrote six articles throughout August and September, and quickly dislodged further attempts to see a consistent stream of the new outings (the catalyst was “Sausage Party,” a movie I loathed so tremendously I abstained from writing about it).

When it was time to regain perspective, inspiration came in the form of a series of endeavors about much broader contexts: “Embrace of the Serpent,” one of the great films of this century; “The Tree of Life,” Terrence Malick’s ode to the spiritual being; “Lo and Behold, Reveries of the Connected World,” an expose on human behavior when it tapes into the internet; and even “Watchmen,” which contains a character who contemplates the point of human extinction in a universe that doesn’t care. Something about those existential questions magnified the thoughts of my own self-worth. Was my work with film beginning to grow stale? Had I been going after the wrong material, in a continued attempt to keep relevant with readers who were after analysis of the newest Marvel vehicles? Their emphasis corresponded to a late trend of focusing on documentaries, which are about facts rather than illusions. At a time when the political landscape is moving sharply away from real news and allowing decisions to be made based on falsehoods and sensational headlines, movies about truth are important to our well-being, and essential for the endurance of human intelligence.

Some may find that prospect challenging, especially as truth itself teeters on fragile slacklines beyond the movie theater. Moving into 2017 involves facing uncertain realities: an industry where the voices are blurring together, the internet tarnishes cold hard facts, and a new presidential administration threatens to sideline the endeavors of the outspoken. I rarely speak of politics in my writing – primarily because no side is immune from judgment – but I will say this: a world in which a politician’s supporters seek to boycott an innocent film like “Rogue One” for supposedly being against their candidate is one I detest. Now more than ever, voices deserve to be heard, regardless of the fear that can be used to stifle them.

But will they be heard amongst the muffles of a Hollywood that showed little interest in anything beyond brief sensations this last year? My concern is amplified by the tones of the likely hits, many of which involve cynical projections. Of many discussions that occurred involving the destructive nature of summer blockbusters, for instance, none was as relentless as the one involving “Batman v Superman: Dawn of Justice.” Here was a movie about two heroes so stubbornly driven by their ignorant convictions that they were willing to flatten cities to arrive at a point, regardless of potential casualties. Such philosophy plays against the nature of the source material, though it falls right in line with the trends of the movie studios – millions of dollars of destruction with little regard to recovery. My audience was quick to point out my bias against the genre based on my dismissal of Zack Snyder’s film, though I was much softer on “Captain America: Civil War,” done in the same vein. If both share the commonality of disregard for social peripheries, at least the one had enough sense to reel its characters in towards a tangible discussion.

On the other hand, chaotic ideas can be the source of rather good films, too. One of the year’s best was “The Lobster,” about a man who checks into a hotel that reprograms singles to function with a life partner; as a meditative dissection of social standards it was the most Goddard-esque film to come out of the U.S. in years, suggesting that past lessons still resonate with the ambitious. Likewise, the bleak “Son of Saul” – last year’s winner for Best Foreign Language film at the Academy Awards – contained no scenes of uplift nor any semblance of a happy ending. But it was a powerful representation of its subject matter, and a brilliant exhibition of what the human face means when it is confronted with deplorable moral convictions.

Of course cynical reflections, at some point, take me right back to my roots as a horror film enthusiast, which often embrace that approach with wit and delight. In the last three years I have devoted an entire month on the Cinemaphile blog to writing about scary films, and in keeping with that pattern I wrote about 18 such pictures throughout this past October: some old, some new, some still rather unknown and challenging (“A Serbian Film,” one of the most notorious of recent memory, was so difficult that I was nearly rendered speechless). The drawback is that eventually you discover pictures that reflect the eerie trends of modern psychology, which are far less fun (even if they are worth confronting). “The Purge” movies, for instance, are bleak and depressing, but were the events going on in the newest chapter (“Election Year”) really all that far-fetched when western democracy is making decisions that go against the well-being of their citizens?

At age 35 I realize that as much as is left to discover about this industry, so many of my dependable pleasures have taken on, for better or worse, different meanings. “The Wizard of Oz,” a personal favorite that I revisited twice this year, was no more just a childhood fantasy – it was a symbolic dream about all the things mankind takes for granted. “101 Dalmatians,” a film I admired only marginally as a teen, emerged as one of the shrewdest satires of the animated medium. Though I hated “Bulworth” when it first came out, I concede now that it means something different now in the wake of Donald Trump’s precarious presidential campaign. And towards the end of the year, as my professional lives seemed to converge in uncertainty, “The Devil Wears Prada” became a source of resonance; it was now more than just a comedy with shrewd dialogue, perhaps what it was always intended to be.

In some cases that came through in writing; in others, silent contemplation. Through combination I am reminded of what feeds us, what gives us hope, and what encourages us to take great strides towards happiness. I am not yet sure of what shape that will take during 2017, though I do have some decisive goals. Of my continued projects going on behind the scenes, none has been more rewarding than the “Lessons from Criterion” series; though only two new essays were added to that roster in the last twelve months, a steadier stream of entries is set to debut in the coming weeks. Simultaneously I inch much closer to capping a book’s worth of material about horror films – the genre I remain the most committed to – and my ongoing “essential cinema” series remains a focal point as I revisit a plethora of important filmmaking achievements, many of them from recent times. What cinema offers in the next several months is not conducive to the perseverance of my voice as a movie enthusiast, although great films deserve to be celebrated regardless of when or how they come to us.

The new year offers little in the way of hopeful times; it seems only to be an escape mechanism for those affected by the troubling events before them. But now more than ever we have significant responsibilities: to fulfill our dreams, to encourage each other to grow and learn, to keep open minds, to spread love, to laugh, to listen for the sake of understanding, to fight for what we believe in, to speak up when we feel something is wrong, and hopefully come to agreements that unite us rather than cause greater divides. Some will find that perspective naïve in the age when dissent and vulgarity are the winning characteristics of change. Can the same world that elected a motormouth like Trump possibly stand back long enough to find humility? I continue to clutch the last strands of my buried optimism.