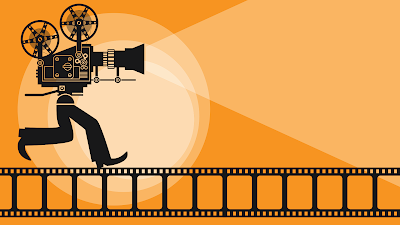 If some filmmakers were more celebratory with these values, others persisted in calling out the ideals still drawing them back. Consider Spike Lee’s “BlacKkKlansman,” surely one of the year’s best: a document about the events in a small Colorado town in the early 1970s, its overreaching theme was made more significant by the parallels in today’s politics, where white supremacists have once again been emboldened to public protest. Some have chastised political correctness as one of the primary contributing factors, but the truth is rooted more directly: namely, in a loud and unrestrained President whose outdated worldview has incited the uprising of a dark age of ideals incongruent with the shifting tides.

I don’t want to turn this reflection into a take-down of Donald Trump – that would be way too easy – but as a moviegoer in 2018, his influence must be reckoned with. Many of the most important recent releases may have not been as urgent, as necessary, in a different political climate. Lee himself underlined this prospect in his film’s controversial conclusion, which flash-forwards to the events of Charlottesville to highlight the unchanging momentum of hatred. It is with us every day, whether concealed in shadows or unleashed in the streets. The fabric of the American ideal was built on the imposition of slavery, and no constitutional amendment or social climate have erased the cause. Yet to ignore it is to give it the soil for growth, and Lee joins a chorus of militant voices that include Jordan Peele and Steve McQueen in asking a difficult question: did the election of Barack Obama cause us to put up blinders when it should have awakened us further?

Some, on the flip side, make their points simply by observing. The most critically celebrated film of the year was Alfonso Cuaron’s “Roma,” about a teenage girl who comes to understand the pain and joy of life experience in the loving comforts of her employers. Much has been said of the conflicting views of immigration, but rarely do any of the arguments think of the human element driving the issue. Cuaron’s film was as loving and nurturing as a parent who follows its child through all the events in her young life, seeing a girl not held back by her status but roused by the strange and foreign sensations that come to fill her routine. It was also the best-looking film of recent times: shot in glorious black-and-white and filled with cautious long-takes, as if documented from the dream of an observer who sits off in the distance while events play outside of any technical influence.

Those are the three films that will frame the awards circuit going into 2019, where the Motion Picture Academy seems poised to establish new criteria during a critical moment of soul-searching. After dismal ratings for last year’s telecast, the question came down to relevance – how could a governing body’s annual awards remain interesting to newer generations if the films they included were rarely the sort they were interested in? A long act of self-reflection initially inspired two decisions that backfired: the creation of a “Best Popular Film” category and the selection of Kevin Hart as the Oscar host, neither of which will be seen in March’s broadcast. Their mistake, as usual, was in the wrongful assumption that a new formula had to be created instead of fixing the existing one, which has been handicapped by band-aid fixes (i.e., raising the number of Best Picture contenders up to 10) instead of serious discussions about the measuring stick they use on possible selections.

That criteria rarely includes blockbusters (“Black Panther”), and certainly has never considered pictures released primarily on Netflix (“Roma”). In nominating both, the first act of broadening the scope begins: it would mean the Academy is serious about recognizing the changing landscape of how film is absorbed, whether it be in major markets or on streaming services (still a gray area for most serious moviegoers). Almost all the pictures usually nominated for the biggest prize fall outside of both, rarely taking into consideration the accessibility of the audience. And some, further still, are chosen only after being seen in New York and Los Angeles, with major markets sometimes only playing the pictures long after award season has piqued – how does one get excited for a movie if they can’t see it until well after a logical timeframe has passed?

The possibilities of steaming have amplified alternatives, particularly for movies that have little chance of opening in significant markets. One of the better examples of this was “The Other Side of the Wind,” the long-lost final film by Orson Welles, which had limited engagements nationwide and went straight to the Netflix platform. Admittedly, few would have sought it out at theaters; a movie shot over forty years ago is hardly an attractive commodity when it is playing next door to the likes of “A Star is Born” or “Bohemian Rhapsody.” But to have it readily available at home gave it more appeal, and solid streaming numbers suggests an interest elsewhere for the treasures of the past. The contrasting argument, unfortunately, is that the world of online streaming can be used as dumping ground for studio pictures that face uphill battles– as was the case with “The Cloverfield Paradox,” which bypassed theaters entirely after negative word-of-mouth threatened to derail its financial possibility.

To look at the biggest hits of the year, in any case, is to sense a continued pattern in the minds of viewers for harmless escape. “Avengers: Infinity War” continued the trajectory of Marvel films being the dominating force of the system. “Jurassic World: Fallen Kingdom,” a film I disliked, nonetheless encouraged massive turnout for what promised to be more of the same. The success of “Deadpool 2” reinvigorated the argument that R-rated films have a broader appeal than initially recognized in more politically-correct times. And when the recent “Aquaman” proved to be a giant force for turnout, it contradicted rhetoric that the DC universe was, in fact, in its death throes following the failure of “Justice League.”

Meanwhile, the great failures of the last twelve months add credence to the belief that today’s audiences are more perceptive than they get credit for. “Welcome to Marwen” and “Mortal Engines,” two of the big flops of December, were clear examples of how generic marketing could scarcely conceal the genuine disinterest for more of the same overzealous action epics and quirky melodramas. So, too, did the bombing of “The Happytime Murders” highlight the growing dislike of high-profile comedies that cheaply exploit childhood treasures (in this case, puppets who interact in the most obscene manner). A separate narrative could be made for “The Sisters Brothers,” a film that performed dismally despite receiving exceptional reviews; in yet another example of Hollywood claiming an unnecessary casualty, the studio simply failed to be savvy enough to market a film that 1) came with a terrible title, and 2) was about two notorious assassins joining in on the California gold rush (hardly an attractive reading of a premise).

The two worst films of the year also served as prime examples of why ideals do not replace talent: Dinesh D’Souza’s “Death of a Nation,” a ridiculous editorial on the origins of white supremacy, and “Unbroken: Path to Redemption,” which argues that faith can replace therapy and medical treatment as the gateway to healing. Both films are terrible even apart from their corrupt worldviews: they are formulated by men standing behind the camera who have no idea how to shoot, stage or establish any consistency of style. Is it possible, perhaps, that many of today’s conservatives in the film industry are just wrongly suited for the medium? It’s possible. Yet that is hardly a claim one can make against Clint Eastwood, whose “The Mule” at least was a credible endeavor, full of pacing, good performances and an understanding of how tension can be well modulated in long shots lacking frequent edits.

What remains of the experience of the past twelve months is, at least, one of hope – for new ideas, an embracing of more cautious values, and, hopefully, of the rejection of underachievers who use the movie frame as either a weapon against truth or a window into insanity. As always, much of the promise originates outside the studio system and in the trenches of the overseas markets, where the likes of “Zama,” “Burning,” “Cold War” and “Shoplifters” continue to change the way people look at the identity of film. But now they seem closer to the grasp of populists than ever before, who still enjoy the lighthearted distractions but have come to see the marginal voices as a beacon against what they know and recognize of a changing cultural landscape. Imagine what is possible if this trend continues well beyond the next wave of releases.