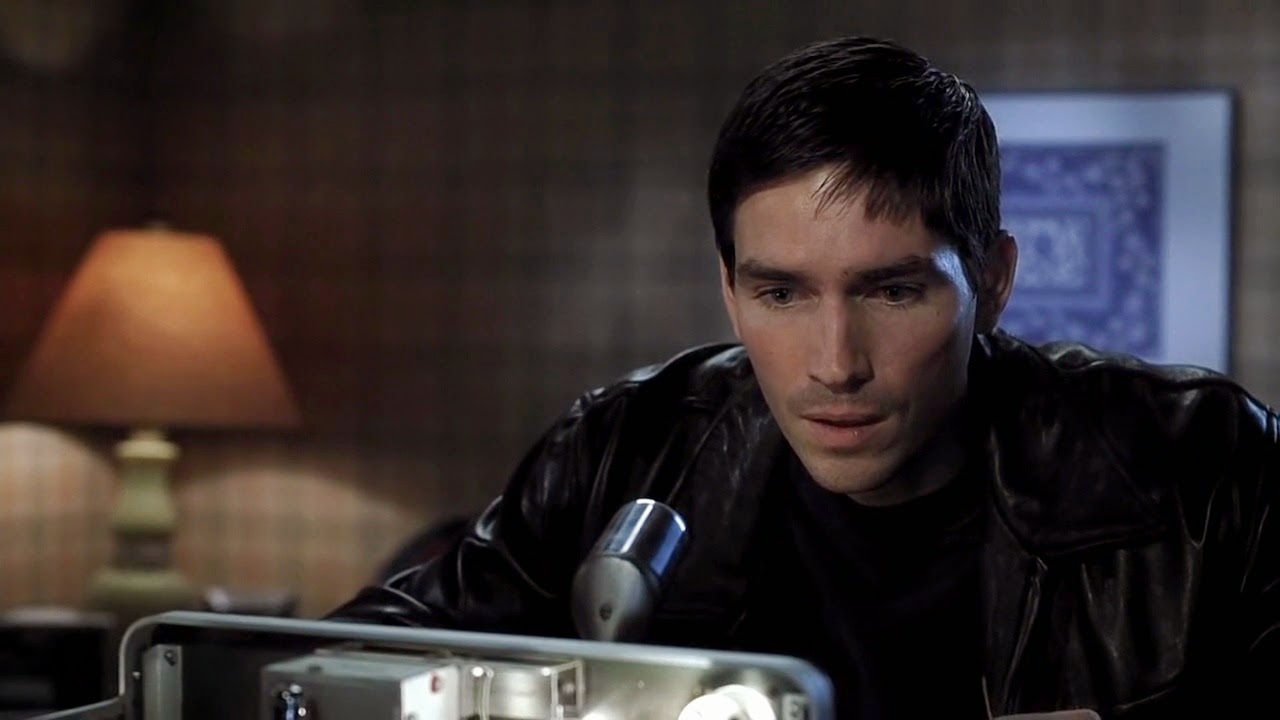 I don't have a problem with absurd ideas; in fact, certain movies essentially require them in order to work (take "Being John Malkovich" as an example). But a story like "Frequency," which wants us to believe that a son and father can communicate in different time periods using a radio, is undeserving of such appreciation; it's aa insipid, slow, flimsy and pathetic picture that is not only unconvincing, but incompetent and careless. I've seen "Saturday Night Live" skits with better payoffs.

The idea itself at least provokes intrigue. Set in 1999, John Sullivan (James Caviezel) is a cop, who has lived with the trauma of his fire-fighting father, Frank (Dennis Quaid), dying in the line of duty 30 years before. One day John pulls out an old short wave radio and initiates contact with someone on the other line. As it turns out, the other guy is actually John's own father, and in the year 1969 just shortly before he is killed in a deadly fire.

For a brief while, the film goes in the right direction; its premise is set up well, with the appropriate character introductions, thickening of the conflict, and a smooth but intricate visual style applied by the cinematographer. But things slowly begin to unravel when the decisions of the characters take tolls on their own time frames, and neither of them anticipate the changes. It is understandable that John would want to inform his father of his oncoming death in order to prevent it, but there is a paradox that accommodates changing events of the past, and neither of these two seem to grasp that until after the deeds have been done. What happens as Frank's death is prevented? John's mother is killed instead.

This event, as to be expected, triggers a search for a killer, who adds further frustration to the mystery by being responsible for the death of six other women. Ahh, but those in the audience who pay attention closely should be able to tell who the murderer is simply from memory, as the suspect is clearly (but unintentionally) exposed in the first 20 minutes of the picture. One of the most nagging qualities of any serial killer flick is its inability to hide the identify of a villain well, and like "The Bone Collector," the truth here is revealed to us long before it is to the characters.

To top this all off, the movie then resorts to all sorts of touchy-feely melodrama, in which father and son realize what they mean to each other, and how they hope changing events in the past will eventually allow them to have a better and brighter future. The relationship is strong but their nobility feels fabricated, and the film portrays its family in 1969 as some sort of "goody goody," "Andy Griffith"-style household. Exactly what does director Gregory Hoblit want from us: tears or fears? In a movie that contains family values, a serial killer on the loose, and some sort of supernatural element that permits a man to initiate contact with his own father 30 years in the past, the only big mystery is how such a picture is able to adopt so many contradicting moods and still manage to look so great.

We belong to the age of new, fresh ideas in the movies, and this film features one of the best yet. But it is, alas, another long and dry endeavor along the lines of something like "Dogma" or "The Sixth Sense," in which you admire the strategy but cringe at the sloppy rendition. "Frequency" is a prime example of seeing an intriguing idea squandered away by a screenplay of utter stupidity.