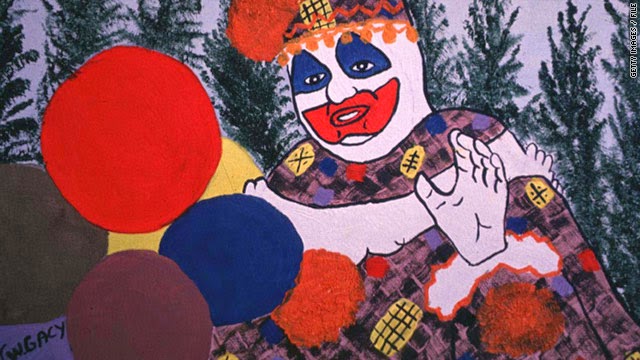 “Collectors” is a movie about a select group of individuals whose fascinations with celebrated mass murderers are taken to perhaps the grittiest depths: depths that even those of us who show slight interest have difficulty in understanding. Day by day, they make a hobby out of collecting, selling and displaying paintings and sketches done by the killers themselves, giving them the kind of exposure that victims’ rights activists and individuals associated with the murders find simply nauseating. These aren’t the types of people, however, who show interest in the artworks simply because of their texture; in their eyes (at least most of the time), the portraits mimic the artist’s accounts on life and death. Both of the main characters seem to really understand who and what they’re dealing with.

The movie’s lead focus is an art dealer named Rick Stanton, whose own attraction to the world of a serial killer’s art may have been casually stimulated by his profession as a Funeral Director. With the privilege of being allowed to show up at all sorts of crime scenes during his career, Stanton understands the extents to which these homicidal maniacs operate (so to speak), and has made a name for himself amongst art buffs by dealing with the killers themselves and collecting their works for art shows, auctions, or even personal use. In the documentation, we not only see Stanton’s collection (which includes works ranging from Ottis Toole and Charles Manson), but even get eyefuls of him posing in the same photos with infamous killer John Wayne Gacy. This, of course, is not a sick infatuation, Stanton assures us; outside of the dealings of art work, he despises the ruthless men just as much as any normal person would.

But how does our society respond to his “hobby” (not to mention the similar fascination of the movie’s other collectors)? The movie paints its own portrait using interviews from experts, the collectors themselves, and even family members of serial killer victims as the brush strokes. There is even an interview here with mass murderer Elmer Wayne Henley, who, in the 1970s with two friends, abducted, raped and brutally murdered 27 young men and then buried their remains. Rick was the initial plug for which Henley could display his portraits in art galleries across the nation, and not surprisingly his sunflower painting is used in a few of this movie’s promotional campaigns.

Henley hopes that those who see his work will not judge it simply based on his past, but other subjects of interview disagree with that perception. One family member of a Henley victim, for example, despises the support he gets in art shows, and another expresses her bewilderment over how anyone can appreciate anything painted by a person who took innocent lives away from those they loved. Meanwhile, in other contexts, Harold Schechter, the author of “The A to Z Encyclopedia of Serial Killers” (which I browsed through prior to this review), believes that these obsessions are derived from the notion that people feel a “measure of protection” against evil when owning these artworks. While I don’t exactly agree with many of these theories, I am willing to believe that some respectively do.

The portraits themselves are, for the most part, quite compelling to gaze at, be they either innocuous or extreme. Stanton and his close friend, Tobias Allen (another collector), have an especially enjoyable time in teasing us with the works painted by John Wayne Gacy, whose Pogo the clown persona is reflected through portraits that look completely harmless (even his paintings of the seven dwarfs, which one individual connects to Gacy’s style of luring young men for sex and torture, look like they could sit up in any typical toy store). A close friend was very surprised that even one individual this twisted this could express himself in seemingly innocent art, but it’s not really that big a surprise; after all, Charles Manson was a talented recording artist for a brief period of time before his conviction, correct?

Some of the more earnest pieces carry the evident trademarks of the artist’s twisted vendettas; the works of Richard Ramirez, for example, echo the man’s obsessive link to Satanism and mutilation, with some portraits even portraying the brutal crimes he committed during the early 80s in southern California. In once unforgettable scene, a sketch done by Wayne Henley showing the nude backside of a young man unnerves a protester of the art shows, and to keep other eyes from viewing its objectionable content, he purchases the picture for $600, removes it from the frame, tears it up, and then sets it on fire in the middle of the street.

It must have been difficult for director Julian P. Hobbs to examine these people and their situations so thoroughly without feeling the need to have his movie make its own stance. The underlying structure is superbly developed on these grounds, too, because it descends into its material without any bias and presents it from all perspectives, thereby allowing the audience to decide, on its own terms, what side of the debate they fall under. The subject matter probably could not be documented any other way successfully because of the fragility of the issue; a picture that would have attempted to lead everyone in the same direction, for example, would seem naive to assume that everyone shares the same experience on the events.

Now only one essential question remains: do I personally think the act of collecting these works is an unhealthy obsession? No more unhealthy than attending movies about serial killers themselves, or watching newscasts where merciless slaughter is described in relentless detail. In each of these situations, what we as a curious society attain is not a sense of pleasure by any means, but more importantly, a lesson in understanding a serial murderer’s complex ways of thinking. In a world where even sick and twisted killers can attain celebrity status, “Collectors” debates the issues from a neutral outlook, and as a result is one of the best and most compelling movies of the year.