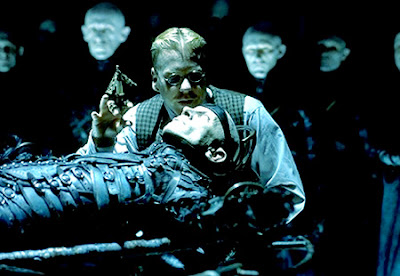 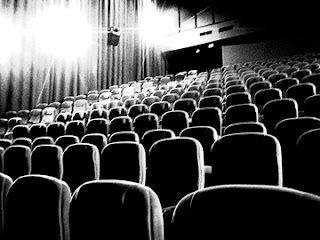 “You either die a hero, or you live long enough to see yourself become the villain.”

The crazed, almost hypnotic dance of wits that is shared between Batman and the Joker is the most memorable of the public rivalries exhibited in the comic books about the caped crusader, a savagely perceptive conflict in which good and evil forces meet and clash with dizzying arrays of results ranging from the exciting to the profound. They also share a chemistry that is often imitated but never fully replicated, and despite a broad arsenal of enemies that have been thrown into the midst of the dark knight’s presence, none of them come close to matching. That’s because the Joker is, for better or worse, the only antagonist in the original stories that seems to understand enough about the Batman identity to dissect it; much like the hero, here is a villain whose own “trauma” in life has essentially made him the spiritual opposite of Gotham’s biggest crime fighter, and the two engage in elaborate plots against one another as if they are brothers of war destined to counter-balance one another’s existence in the scheme of life. Theirs is a tumultuous love affair that is almost endearing as it is wicked.

1. It has been nearly 20 years since the last installment into the George Lucas/Steven Spielberg franchise that solidified Harrison Ford as a Hollywood action star. For those that express concern and/or confusion over the prospect of a movie hero being dusted off and revived so long after the fact, we should remind you that the resurgence of the aged action star is but a new hot commodity in Hollywood. Otherwise, how does one explain the rousing success of recent return ventures into film franchises like "Rocky," "Rambo" and "Die Hard?" 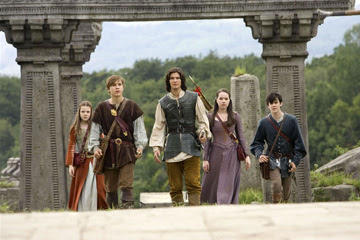 2007, you might say, was the year of revelations at the cinema, a year of surprises, startling discoveries and spectacular achievements. But that is not necessarily a positive prospect, either. Saturated by ambition and ambivalence, the movies that occupied theater screens in the 12 months of the calendar year offered high stylization, great energy and loud explosions, and payoffs too brief and momentary to make many of them deserving of that output. The trend was not one limited to the more prolific of box office competitors, either; like a disease that transcends culture and social divides, no one, including the or the art-house flicks, were safe from the mediocrity that spread through the crops.
Read More >
No comments: 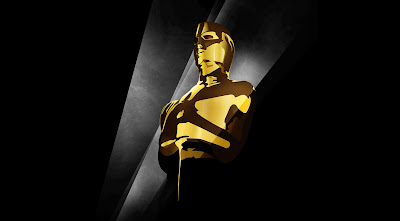 2008 opens with change in the air. quivers under the clout of a potentially drastic change to the industry with an ongoing Writer’s Guild strike. Studios face a future filled with gaps as scripts become more sparse and projects face delays. Networks cope with the prospect that high-profile awards ceremonies will get shortchanged by the absence of important figures. And yours truly has settled back into a groove he had not expected to return to when he gave it up over five years ago: sifting through heaps of awards hoopla in order to come up with a fairly accurate prediction of what the envelopes might contain when the Oscar nominations are announced this Tuesday morning.
Read More >
No comments: