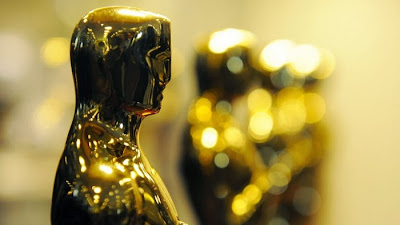 The big surprise was not "Gladiator" or "Crouching Tiger, Hidden Dragon" (which share a total of 22 nods, almost exact to those I had predicted earlier in the month), but "Chocolat," a maudlin and squeamish romance comedy that managed to walk away with five nominations, including one for the coveted Best Picture slot (further proof that Miramax may have a cloaked influence on most Academy members). The movie's gain, however, had to be another's loss, and Cameron Crowe's "Almost Famous," one of the best of the Oscar hopefuls, was derailed. The movie managed to receive four nods, including one for Original Screenplay, but not as many as it had deserved (Crowe didn't even get mention in the director category).

A new record was set amongst the chosen as well, as Steven Soderbergh was nominated in two categories twice: both in directing and picture for his pictures "Erin Brockovich" and "Traffic." The latter was a given hopeful, partly due to its overwhelmingly positive response from the masses (although maybe too positive), but "Brockovich," being an early 2000 release and a second-choice contender, was rather disrupting. Many call this act a blessing for Soderbergh to increase his chances at a win, but because he is so widely recognized by his peers for both efforts, don’t be surprised if he cancels himself out.

Acting nominees were all over the map. Javier Bardem and Ed Harris made surprising appearances in the Best Actor category, as did Juliette Binoche, who is nominated for Best Actress for her performance in "Chocolat." Losing out in those categories were Michael Douglas, whose role as a college proffessor in "Wonder Boys" was snubbed, and Bjork, the Icelandic diva that gave us perhaps one of the greatest of all lead female performances in recent memory in “Dancer And The Dark.”

Most of the technical nods were anything but upsetting, as “Crouching Tiger” and “Gladiator” swept up the majority of them, and movies like “O Brother, Where Art Thou?” and “The Perfect Storm” brought up the rear. Perhaps the most awkward appearance came from “Vatel,” a low-key movie that managed to escape with a nod in the Best Art Direction category. It will be competing with the critical favorites “Quills” and “Crouching Tiger” for the win, though.

The big losers: "State And Main," a comedy that hit the movie industry right where it mattered, wound up with absolutely no mention in any of the categories (even in Original Screenplay, which felt almost assured); Darren Aronofsky's touching drama "Requiem For A Dream" slipped away with a Best Actress nomination, but no others; "Cast Away" got mention in two categories--Actor and Sound--but failed to get the recognition that had been anticipated; and "Nurse Betty," a resident near the top of my Best of 2000 list, was given a complete cold shoulder.