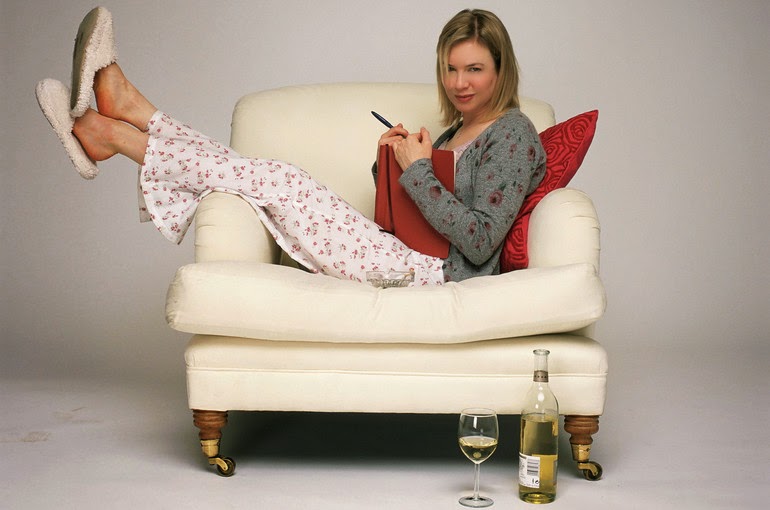 Not to worry about seeming impolite to peek at Ms. Jones’ secrets here; her life, after all, mirrors the story of millions of women in modern society today. Why else would it have such a loyal following as a novel, penned by Helen Fielding five years ago, just shortly after having a successful run as a newspaper column in the United Kingdom? The target audience was able to distinctly relate to the heroine because the events she went through mirrored their own experiences. At every turn of a page, there was an opportunity to see how a witty woman handled each new situation thrown in her direction, be it romantic or common, and what the end result would come to be. For those who had dead-end love lives, the story gave hope; for those who at one point knew the feeling of living single, it struck a chord of familiarity.

Men, needless to say, don’t share the same enthusiasm as women for these kinds of stories. But why did so many, like myself, enjoy the movie adaptation of “Bridget Jones’ Diary” so immensely? Because the ambitious endeavor sees no barriers between genders, planting itself at the center of a situation so that every viewpoint gets a say-so in the outcome. This is not a “chick flick” as much as it is a witty, charming little comedy about all genders and ages trying to find their ideal matches. Though the prime target, as with the book, is a female audience, there are some notable moments scattered throughout the 98-minute running time that will leave many a male staring on and thinking, “haven’t I been there too?”

The Bridget Jones so many know and love is played here by Renee Zellweger, who was at one time criticized for taking on this British role because of her American status. But the heads that initially went reeling in response to her casting need not to turn and cough frustration here, because the talented “Nurse Betty” star is remarkable as the title character—so much so that, even with a couple of accent stumbles, she comes across with the necessary charm and enthusiasm to win over the admiration of her audience. In the opening of the movie, Jones attends the Christmas party thrown by her parents, to which she gets acquainted with a friend of the family named Mark Darcy (Colin Firth). She shows interest in him, but he blows her off without blinking an eye, encouraging the date-less debutante to rethink the passage of her life and set out on a journey to find her perfect match.

Unforeseen, she takes a liking to her smart, suave and sexy boss Daniel Cleaver (Hugh Grant), whom returns flirtatious advances in the form of e-mails. They start a steamy, passionate affair that lights up the screen... until various circumstances (which will not be mentioned here, for the fear that some people still haven’t seen the movie for themselves) split them up, leaving Bridget a bachelorette once again seeking Mr. Right.

It doesn’t take long, though, until Daniel comes crawling back to Bridget, only this time, the at-first distant Mark has finally decided that he has taken a liking to the British beauty, too. Suddenly a woman without prior companionship soon finds herself at the center of a tense love triangle, in which both suitors, apparently sharing a past connection to one another, continuously try to provoke each other to see who could be the better object of Bridget’s affection. In one terrific scene, both men actually engage in fisticuffs in a busy cafe.

We’ve seen movies like these before, equally lighthearted and charming, but few of them, if any, care to seek out an audience beyond that of the average 30-year-old female. This is what gives “Bridget Jones’ Diary” its observant and compelling edge, and that aspect is heightened even further by witty dialogue, standout performances, and plausible, realistic situations throughout the plot that don’t feel like audience traps. I’m not the first one to admit I enjoy sitting through these kinds of movies (especially when they fall under the “chick flick” label), but without question, here is a thoroughly enjoyable piece of work that everyone (yes, everyone) will admire. Don’t believe so? Then ask a woman. They will back me up on this one.

Comedy (US); Rated R for language and some strong sexuality; Running Time - 98 Minutes