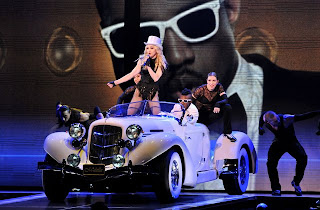 Returning to writing is a rewarding experience for me, but not so rewarding is the fact that it also comes with a price – namely, the prospect that collective moments taken away from normality to undertake a writing assignment will ultimately lead to normality catching up with me. I tend to put 100 percent focus on things that interest me at that current moment, and when my attention turns back, even briefly, to the every-day routines that keep me afloat personally, they often become overwhelming to a point that pulls away my focus from things like, well, writing and watching movies.

Attempts are being made to overcome that. There are too many distractions. Thankfully, five specific distractions these past two weeks have reminded me of what I started up again, and why it is important to follow through with it. Dreams can end simply by us waking up to reality; the important ones should become passions and endure for a lifetime.


Sliding Doors (1998)
A movie I vaguely remember seeing in the year it was released, “Sliding Doors” tells the story (or rather, two stories) of Helen (Gwenyth Paltrow), a public relations exec who in one scenario finds her boyfriend in bed with a mistress, and in another misses a train and arrives home after the fact to endure two more hours of screen time without knowing the truth about her cheating lover. You follow? Probably not, but seeing the movie will make things a bit more clear. This very savvy and smart romantic comedy is good mostly for its performances, although the parallel stories themselves aren’t nearly as interesting as the premise deserves. Still, it works, and perhaps more for the fact that its resolution comes attached with a message that, in retrospect, is of good service to any person who has ever loved and lost in life. Three stars.

Robin Williams: Weapons of Self Destruction (2010)
The comedian’s trek to Washington D.C., filmed earlier this year, is easily the most accessible and engaging stand-up comedy show the funny man has done in years, filled with great quips against politicians, religious groups, sports and the like. Nothing is sacred in this hour-and-a-half routine, and despite going through life-changing events in his recent years, Robin Williams shows no signs of slowing down or becoming stale. If anything, he’s upped the ante. Very funny and very foul. Three stars. 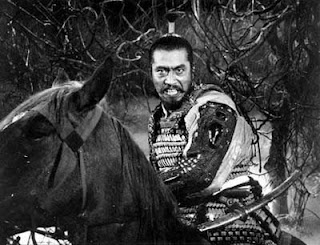 Throne of Blood (1957)
One of the all-time best films in the Akira Kurosawa cannon, the filmmaker’s adaptation of Shakespeare’s “Macbeth” is riveting and observant to very fine details. Set in medieval Japan, its narrative is of faithful reflection to the original texts it was derived from – a Japanese military lord is spoken to by an enigmatic soothsayer about the future in store for him, an act that sends his power-hungry wife into a tailspin of greed and manipulation as she persuades her husband to not wait for titles, but rather take them by force. The result: pure impending tragedy. It is a story that works surprisingly well in Kurosawa’s realm, and he doesn’t simply shoot the material as if it were straightforward action film; it is dark, creepy, well-photographed and multi-faceted in its conviction, and perhaps preferable to most adaptations we have seen of this story. Four stars.

Clash of the Titans (2010)
A remake of an old 1980s camp classic that has never been seen by yours truly. Judging by this film, it shall remain that way. Tired, clunky and dimwitted to a fault, it is the latest in an ongoing series of half-hearted blockbusters masquerading as a wannabe mythology epic, almost outdoing the godawful “Troy” in its sheer ability to cause eyes to roll. What saves it from being worse? It’s not nearly as ambitious as its nearest cousin, and therefore not nearly as deserving of genuine dislike. Still, what we see isn’t at all amusing. The dialogue is clunky and wooden. Actors stare at the screen as if contemplating career change. The plot focuses on big events but never provides any build-up to them. The most notable aspect of the picture: the special effects used to create the cape on Hades, which is basically made of smoke. Too bad the screenplay is all smoke AND mirrors with its intentions, though. One-and-a-half stars.

Madonna: Sticky & Sweet Tour (2010)
We’re always guaranteed a rousing good time at a concert put on by the Queen of Pop, and that’s exactly what we get with her latest trek across the globe, the highly successful Sticky & Sweet Tour. The DVD filming of the concert is a well-edited and choreographed piece that is a spectacle of light and color, and the songs involved during the productions are a solid blend of old and new catchy tunes. Unfortunately, the gusto of the presentation makes it feel as if Madonna is trying too hard to carefully edit out any and all flaws that tend to come with a stage production, and her vocals appear to be re-edited and cut to include studio sampling. What is the necessity of it? We appreciate the imperfections of a nightly concert, Madonna; no need to be a control freak about the fact that no one sings perfectly when they’re dancing like mad on a stage in front of millions of fans. Three stars.