...And so begins the third act 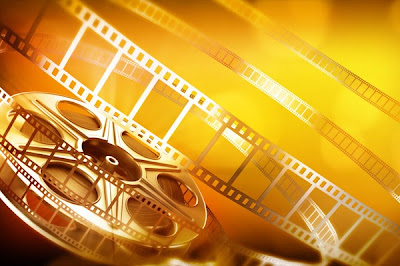 Two months into reviewing movies again following a discernible absence, I am possessed by a drive that bewilders even me. Output seems to come from an unknown source imbedded in some deep dark spot of my cranium, funneling material to my fingers that previously only seemed to come in brief stretches of inspiration. Maybe the state of mind I occupy in 2013 is indicative of this new desire, but I’m not entirely sure. What I am sure of, however, is that I don’t care so much about trying to be perfect anymore, or burdened by a worry of releasing something of mediocre standard. No one who cares about their craft improves by simply exercising a creative muscle in infrequent passages. Perfection just does not exist. I have written nearly 30 movie-related articles and essays in just the span of six weeks, far exceeding my level of prolific output of the past eight years combined, and of all the lessons to be learned from this new venture, the most important is that the activity has armed me with a level of self-confidence that was noticeably absent in the recent years. Moreover, what is the point of stressing over the idea of each endeavor being precise if in the end you are improving yourself overall with each conscious attempt?

This state of outlook is not meant to negate any of the new writing, which I am greatly satisfied with overall. Some pieces obviously display more passion than others, of course, but that it true of anyone’s work regardless of venture. A certain enthusiasm becomes more apparent in the extreme scenarios – that is, subjects that inspire great admiration (for instance, the masterful “Cloud Atlas”) or immense dislike (“P.S. – I Love You”). The grey areas are less satisfying to analyze and discuss because they are much more frequent. But this is, alas, an inevitable ambiguity the longer one dwells on the playground. Film was a black and white experience for me when I first started writing it in 1997, with most experiences being denoted by perfect scores or scathing dismissals. In 1998 I wrote of “The Mask of Zorro” the following statement: “These are among the most spectacular shots ever captured in film.” Do I still believe so, especially since my knowledge of the medium has increased so tremendously since the age of 17? Of course not. The movie is still great entertainment, but it is not a flawless work of art. And the four star rating I awarded it is, admittedly, more telling of the extreme nature of my outlook on the movies at the time.

Experience through assimilation widened the perspective to something much more realistic through the years, and that meant the ratings became more informed. But in 2005, the enthusiasm for writing was sidelined by a multitude of personal and professional changes, not to mention a skewed outlook on their relevance in a swiftly-developing medium. Just as the internet undermined the reputable standard set by print journalism, so did the “blogging age” negate the concept of genuine film criticism being taken seriously on the worldwide web. Though the internet provided crucial outlets for those of us ambitious enough to pursue the benefits, they were eventually streamlined in such a way that allowed anyone with an internet account to have a voice, and with little regard to the work that was originally involved in publishing the content to notable outlets. Some of us who were part of that early phase of movie reviewing on the internet were almost required to be not just writers, but also html coders and experimenters in shrewd online advertising.

It was perhaps an act of misguided vanity in hindsight considering how quickly the medium would evolve into what we see today, but the opportunities proved to be at least lucrative in other ways. I was the first person on a particular college newspaper staff who published the weekly paper in an online format. My perspective on film meant I was reliable in churning out last-minute articles if we needed to fill column inches in the Arts & Entertainment pages. And the degree to which I would write and publish caught the attention of other publications – namely The Oregonian, who published some of my reviews in a “Youth Voices” column for several weeks over the course of 2 years. The true benefit: my writing skill escalated significantly over the course of that time, mostly as a result of consistent output. And it won me awards in print, too: namely, a first place honor at the ONPA conference in early 2002 for a review I had written on “From Hell,” an adaptation on the graphic novel about a conspiracy in the royal family fueling the endeavors of Jack the Ripper.

Journalistic jobs just were not terribly fun in the years to follow. I was a contributor and editor to a couple of local trade publications for two years, both of which proved to be dead-end professional scenarios. The industry itself may have been prosperous, but covering it with any hint of journalistic integrity was an agonizing fiasco. Whereas reputable publications cover stories and publish their findings on no part of influence from the subjects, articles written for these types of magazines are usually paid for in advance by the subjects themselves, who demand to screen the writing prior to publishing. Helping to jumpstart an online publication in early 2005 for real estate was the final nail in the coffin, as it expanded the coverage to a wider supply of resources, but with even fewer securities. And naturally, by that point, the coding language of the internet was far too evolved for a person who was self-trained only out of necessity like me. Nowadays, the idea of static html existing in a medium now dominated by flash and JavaScript language is basically being out of sync with the times.

Journalistic aspirations have had limited influence in my professional life for eight years now. I work full time in other, perhaps less glamorous, industries these days. But I have moved up enough ladders to allow a window of creative opportunities to become important again, and without the burden of fear over finding the next job or outlet to survive on, my attitude towards this is a lot more relaxed. It’s hard to decipher exactly what the reasoning was for my sparse commitments in the gap between ’05 and now. Reviews were still written and published, albeit in much more limited capacity, and a complete design overhaul in 2007 on Cinemaphile.org took considerable dedication. But, alas, it also was rigorous enough to inspire immediate burnout in the overall upkeep of a movie review site, and the dedication to writing new content quickly fell off radar. When the site became part of the Blogger community three years ago, it was more out of a necessity rather than a desire; I was critical of the impact that “blogging” had over online journalism, but could no longer deny its opportunity to positively influence other aspects of the medium, or to simplify the presentation aesthetic. And over time, I have learned to respect and appreciate the dedication that is required to maintain those blogs that are of a higher quality, especially as they were adopted by reputable voices already established in the entertainment industries. Plus, one could argue that if print journalism gave birth to the tabloids, then holding an online outlet to a much higher standard is a bit like throwing tantrums over spilled milk.

And so here I am, 16 years later, no longer caught up in the idealistic implications of my most favored of professional pastimes, nor driven by a disdain for the medium in which they appear.  This is enjoyable stuff again, and healthy for a mind starved for stimulation. The movies have also lost none of their potency in that time, although the outlooks on part of mainstream filmmakers have perhaps become a lot more suspect. But the movies also do not begin and end with what is currently the star attraction at the local multiplex, either, and a history of this art form stretches far behind us remaining to be unearthed. As long as the journey yields treasure, then I look forward to sharing this voyage with my fellow filmgoers on a more ongoing basis.

Here’s to a new journey, a new outlook, and another trip to the movies!