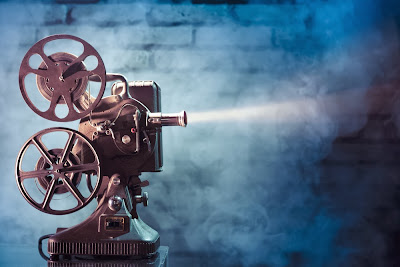 Most film critics are absorbed in best-of lists and awards screeners in the final weeks of any ordinary year. I spent that time in a different frame of mind: one of reflection and meditation, not just over the movies that I saw, but also over the inspiration that encouraged me to return to the keyboard after a lengthy absence in the review world. Between the years of 1998 and 2004 I was under the spell of some sort internal discipline that kept my output consistent; in the years that followed, other life objectives took over, and my commitment to writing was seen only in brief intervals. 2013 marks a comeback that is the stuff of personal miracles, and as I look back I can barely fathom where this new energy came from, or how it managed to stay so consistent after eight years of false starts and wavering objectives.

It began with a cold splash of reality in the spring when Roger Ebert passed away. I had kept up with his writing even after he had been rendered unable to speak from thyroid cancer, but somehow it eluded my thought process that this monumental figure could ever succumb to mortality. Heroes exist to be larger than life, almost permanent; when they die, it is no less than a crushing blow. When I heard that we lost him, a part of me that was locked away in a dark place in the mind reacted as if stirred from slumber. I mourned the passing greatly, and grieve even now. But it was a catalyst that snapped these eyes back into a position of motivation that seemed elusive in the recent years. We are too scattered in this crazy life to maintain focus when we need to, and occasionally it takes some level of personal loss to find the center again.

Another personal loss over the summer added to that realization. Nancy Slattery was a grade school teacher I had admired greatly in youth for a variety of reasons, not the least of which was her ability to inspire her students to think about stories with an added level of imagination (“don’t believe everything you are reading is the whole truth,” she once said). In recent years I reconnected with her thanks to the capabilities of social networking, and we exchanged a couple of brief dialogues that were lighthearted but resonating. But her time was nearing an end even as she drifted back into my sphere, and she passed away peacefully in her sleep in June after leaving behind immense love, compassion and wisdom in all those that learned from her.

The following day, sitting at a table for lunch at a Burgerville, I began a new review – my first since the spring of 2011. It was for Paul Schraeder’s “Auto Focus,” a biopic from 2002 that eluded my knowledge for a good duration of time until it wound up in my lap from a good friend (as most good movies tend to). After publishing said article, I was flooded by responses from former colleagues and readers, many of whom were surprised that I opted to venture back into the “blogging” world after becoming so critical of it. That feeling of getting my feet wet after an absence was not unfamiliar, either; in 2007 I tried to mount a full-fledged return to the reviewing lifestyle by completely redesigning my site, and launching it with no less than a dozen new reviews. But the attempt floundered because I drained myself in the process. Writing should not be labored; it should be a commitment of joyous implications, and after setting that goal, I discovered that the muse had been noticeably absent.

The review for “Auto Focus” was written with no regard on how anything would continue. I began perusing the archives, and found several unfinished articles (as well as some unpublished ones), when a light began to flicker again. The hidden material was finished and released, and the readers came back in droves. As selfish as it sounds, being read by others is almost as important as the writing when you want to keep going; it gives you added drive, because you know someone is listening. And then I started watching movies again in a succession that rivaled my college days – two movies one day, another four the following. I became immediately drawn back to the keyboard, with words pouring forth as if uncorked from a bottle. “Big Business” was particularly joyous to write because of my long-standing familiarity with it. Did older movies give me greater energy in writing than newer ones, which are seen as the predominant focus of most movie critics? I didn’t think about the answer too much, but usually found myself drawn to writing about them more than newer films.

There were collective moments where I simply critiqued what was fresh in my mind, and sometimes that included talking about movies that I split from the consensus on. In my notorious review for “Event Horizon,” I wrote that the filmmakers needed to “take their inner child out back and shoot it,” and the Rotten Tomatoes page lit up overnight (as of this writing, it is the most popular piece I have written all year). There were attacks that were even below the belt inspired by the opinion, but that always comes with the territory. The difference now as opposed to then is that there is much more anonymity in the age of Twitter, and people believe they can get away with saying much worse without the worry of being called out on it.

Newer films were no less important, though. “Gravity” was a remarkable achievement, perhaps the best film of 2013. I was greatly impressed by “Ender’s Game,” and drastically underwhelmed by “Oz the Great and Powerful” (my personal fanaticism for the Oz books no doubt inspired that disappointment, but you judge based on your own experiences, really). “Blue Jasmine,” one of the most favored of recent Woody Allen films, was not high on my approval list despite a stellar lead performance from Cate Blanchett. “Despicable Me 2” proved to have a good audience following, judging by the comments left on my 2-star review (one person observed: “You sure talk a lot of shit.”) That proves to me there is a need for a little more dissent amongst general consensus, because it inspires discussion (and in some cases, some classic arguing).

I am under no set of rules or regulations, and in the age of the instantaneous, older movies tend to be forgotten. This was no doubt what inspired Ebert to write the Great Movies series, which became part of a regular reading regime. It inspired a series of articles that I published under the header of “Lessons in Criterion,” all of which I hold in very high esteem; these articles are not necessarily straightforward critiques, and the movies required repeat viewings, research and reading in order to create essays that I felt needed to be informative. I didn’t pay as much attention to writing more entries into the collection as I should have, but 2014 will no doubt provide ample opportunity to see that desire realized. As for older movies, the strategy of mixing old and new endeavors in the writing is a sound prospect that will continue to carry weight. Some of my fondest moments this year involved writing about “Network,” “M,” “Magnolia” and “Apocalypto,” because when a movie has the capacity to transcend its medium and leave behind unforgettable echoes, there is no greater inspiration.

In addition to the balancing act of old and new films, I find myself writing an alarming amount of personal pieces: blogs about my state of mind, about loved ones, and even about isolated movie-related things that I find interesting (case in point: the cast of “The Lone Ranger” blaming critics for the movie’s financial failure). Others have suggested I branch out further. Talk about politics: discuss the world issues. Is there a place for that in the era of vicious dissent thanks to cable news networks? I dunno. But I suspect I would be lying to myself if I wasn’t interested in branching out further while still maintaining the presence in film writing. It will be interesting to see how that plays out.

The big struggle always is how you fit this in to the busy outside schedule of work, friends and relationships. The answer is that you just have to make the time, and not get so distracted by the noise. After eight years of failing at that prospect, I discovered the perspective to make it work: if you love it, then you just stop making excuses as to why you aren’t doing it. Writing about the movies is a career for others, but it’s a therapy for me. It keeps this mind functional and contemplative, and I am more empathetic to others. More importantly, it also helps in dealing with the fears and problems that still plague me in the real world. When my partner and I lost the very dear Sharon Blasing in late October to cancer, for example, I found solace in my grief by writing about it. At other intervals, I wrote about other losses too, including Ebert’s and Peter O’Toole’s. Through words, we may find peace with what is, and acceptance of all that remains.

All of this swirls in a mirror I stare back at, in a year that was full of high moments, in which personal goals were sought and achieved, and an inner peace suddenly seemed within reach. It was a good year, and the movies, as always, assisted in framing that realization. One cannot predict what 2014 will hold when it comes to predicting output, but when a drive has overtaken you and you have reached a state of ambivalence in an attempt to understand it, I think you become content to simply ride the wave.

Thank you to everyone who was in some form or another with me on this journey this last year, both personally and professionally. Thank you to those who kept up with the articles, and who cheered me on after I attempted to re-establish my voice in an industry that grew inexplicably massive over the course of my absence. Thanks to those who challenged, observed and applauded anything I had to say. And most importantly, thank you to anyone who will continue doing so when the next occasion calls for it.

I will see you all at the movies.