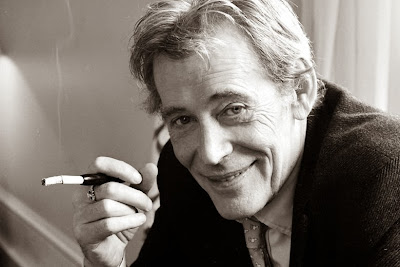 The regal, contemplative Peter O’Toole played a great many characters in his ambitious screen career, but none nearly as arresting as an eccentric British army officer in David Lean’s “Lawrence of Arabia,” which became the primary launching point of his illustrious life in the movies. Classically trained in the ways of theater well before he caught the attention of Hollywood, the part of the flamboyant T.E. Lawrence came to him purely by coincidence; in the weeks leading into production, the offer had gone to Albert Finney, who turned it down because it involved a lengthy contractual commitment. Flustered, Lean saw a quality in the unknown O’Toole that fit painstakingly into the characterization: an ability to deliver lines and gestures with all the nobility of the British etiquette, yet offbeat enough to suggest fascinating undertones beyond what was seen in the frame. The performance is widely accepted as one of the finest captured in that era of “cinemascope” studio epics, inspiring the first of several Oscar nominations and other accolades that would follow him for well over 40 years.

O’Toole died on Sunday afternoon after being ill for some time, and a collective gasp of grief swept over the movie world. His passing at age 81 inspires fond memories of our great film heritage, yet at the same time emphasizes the sad reality of our era: the masters of this industry – those that burst into a new entertainment medium decades ago and added their distinctive voices to the foundation of the ever-evolving cinematic world as we now know it – are leaving us in swift increments. For some, the moment also signifies the loss of perhaps the last of the great Hollywood profiles of the golden age, already foreshadowed by the more recent deaths of Elizabeth Taylor and Celeste Holm. What endures beyond this moment is their work, which now exists as a way to canonize some of the most unforgettable faces to be captured on celluloid.

It was dramatic endeavors that revealed the full scope of his ability. As Henry II opposite Katherine Hepburn in “The Lion in Winter,” he occupied space between the camera and action not as a player to mere events, but as a force of movement and intensity. In the relatively obscure “Murphy’s War,” his face exhibited subdued courage as his character sought vengeance for an attack that left him the lone survivor on the high seas of World War II. The following years found him caught in the movement of 70s exploitation, most notably with the elaborate and disastrous “Caligula,” but a constant emerged even in most inept of circumstances: any film benefitted from his divine presence, and he seldom approached the material from a place of contempt or dissatisfaction. This again was emphasized fairly late in the actor’s life, when he took a supporting role in the grossly miscalculated “Troy” but, somehow, gave a performance of sparkling passion.

From my own experience, no singular moment in this brilliant career comes close to matching the performance forever preserved in Richard Benjamin’s “My Favorite Year,” in which O’Toole plays Alan Swann, a faded movie star that is always inebriated and resolved to the display of brutal honesty and biting euphemisms. A professional departure for the normally distinguished actor, the role demanded him to engage in humor normally reserved for raunchy stand-up comedians of the 80s, and in one key moment he barks a statement that seems apropos to the most successful of the Hollywood screen personalities: “I am not and actor, I am a movie star!”

The fundamental difference in today’s actors and yesterdays, he believed, came down to the theater training background many of his contemporaries possessed (i.e., Orson Welles and Laurence Olivier). Because O’Toole was fluent in the words of Shakespeare and Beckett well before he leapt into the movie industry, dialogue delivery was second nature to him, and the camera no more than just a window standing between him and the audience, whom he sought cerebral intimacy with. When once asked what he thought of the whole profession, he replied succinctly: “Acting is just being a man. Being human. Not forcing it.” Such sentiments had long been echoed passively by key figures in Hollywood royalty that saw their careers as mere extensions to their personal lives, but never did he trivialize his integrity over private affairs, and political opinions – notably his vehement disapproval of the Vietnam war – were distanced from career choices.

Those that know him well enough off the screen – including the countless fans that lapped up interviews and public appearances – will remember his biting sarcasm with great fondness. Much of it, we suspect, came as a way of dealing with tragedy, which was certainly abundant in his life (he almost died after a bout with stomach cancer in the 70s, and a surgery to remove parts of his intestines occasionally left him unable to work). When he was once asked by Playboy magazine what he thought of death, he admitted to being “petrified” by it because, well, “there’s no future in it.” He didn’t see himself as comical per se, but the wit came to him out of an unspoken allegiance to the ways of Irish thinkers, who spoke in similar analogies as a way of neutralizing dark realities. That an actor with such charm and conviction found it possible to play characters that were more often deadpan than whimsical says much about the dexterity of his professionalism, and his humor wasn’t conscious even when the audience found immeasurable laughter in it (“Dying is easy, but comedy is hard”).

In a childhood journal, he once wrote that he would “stir the smooth sands of monotony.” In many ways, he was like a tidal wave that washed those sands out to sea. What remains now is the portrait of a man forever carved into the lasting moments of great movies, a visage that is rich in talent fully realized by voice, passion, linguistic genius, and the face of someone more thoughtful and probing than many of his greatest peers. “My Favorite Year” may contain the most isolated moments of perfunctory genius, but “Lawrence of Arabia” is arguably the best film he made: a complicated but stunning biography that showed a master at the beginning of his craft learning the intricate ways of screen thespians, and mastering them like reflexes. He is gone from our world too soon even by the standards of Hollywood legends, but the legacy he left behind still stands firm and proud, just as it deserves to.

Email ThisBlogThis!Share to TwitterShare to FacebookShare to Pinterest
Labels: 2013, BLOGGING, IN MEMORIAM, REFLECTION