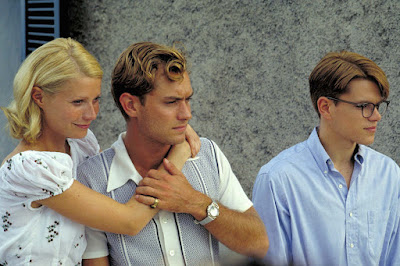 During his life as a respected filmmaker, Alfred Hitchcock showcased uncanny cinematic talents that went beyond what any of his peers had ever attempted (at that time, of course). The only difference between he and others is that, when furthering the styles and techniques of filmmaking, most directors are eventually copied by others in hopes that they can share in the success; Hitchcock's photographic and narrative brilliance went immediately noticed, however, because it was the kind that no director could successfully copy. His works, compared to most frontal horror films in modern days, were silent and subtle thrillers (timeless, but never the kind that would hold up to an audience in an age of suggestive imagery). They required a squint of thought rather than two eyes and a thirst for puddles of blood. The master of suspense also provided us with psychological dilemmas among his movies enemies. There is a moment in his "Psycho," for example, where we feel sorry for the villain and hope he succeeds in his hidden agenda; then there's a moment in "The Birds" when we ask ourselves, "how can one blame these birds for murder when we have done worse things to them?"
"The Talented Mr. Ripley" is one of those quiet little thrillers, without much of a payoff, but loaded with tons of intrigue and psychological provisions. The film is a modest, intelligent and well-conceived vision of Hitchcock-like thrillers, in which the villain earns our respect because, as seen through his eyes, there is seldom a person in the world more sane than he.

The story, adapted from a famous series of novels written by Patricia Highsmith, tells of a man whose life is one big masquerade, bound by immorality and violence, but enriched by the notion that he gets to juggle different personas. Tom Ripley, who is extremely well portrayed by Matt Damon, uses his tongue-in-cheek treatment of the gift of mortality as a tool for survival, taking peoples' lives and filling them with his own. In the first act, a man named Greenleaf is impressed by Ripley's style, and asks him to go to Italy to retrieve his rebellious son Dickie (Jude Law), who treats his own life like a game of chess. The tip-off: Greenleaf will pay Tom a thousand dollars to retrieve his son. But it is only moments after that we begin to realize that this Princeton student will never make it back home to his father as Ripley promises; a sense of foreshadowing builds early on when he introduces himself to Meredith Logue (Cate Blanchett) not as Tom Ripley, but as Dickie Greenleaf.

In Italy, Tom makes his way into Dickie's life like a worm in an apple; he observes the Princeton student with binoculars from afar, picking up on his traits, likes, dislikes, and friends (which is necessary in earning this man's attention). Once an introduction is established between he and Dickie, Ripley furthers the relationship by offering false evidence of similiarities: he expresses his love of Jazz (which Dickie cherishes) and shares memories of going to Princeton University (which is the what Dickie attended). Once it is clear that Greenleaf is in his life, Ripley furthers his masquerade by bonding with Dickie's girlfriend Marge (Gwyneth Paltrow), who loves her man, but knows that he is fooling around on her. It should be easy for an audience to generate hatred toward the villain of the picture, but since Dickie has less moral value than Ripley, it only takes a few brief scenes to shift that hatred; afterwards, it simply becomes a question as to when Dickie will die, not whether he will or not. Not that we care, really, if he dies...

Everyone of the performances is top-notch. Damon as a truly talented masquerade artist earns our respect just as easily as Jude Law as Dickie earns our hatred; both are portrayed with incredible effort, as seen in their ever-shifting chemistry (they start off as friends, end up as enemies). Gwyneth Paltrow, who won the Oscar last year for "Shakespeare In Love," provides a worthwile performance as a woman who is shaken up by her relationship, but brought down by her sadness when he has seemingly disappeared from sight. And Cate Blanchett is just as glowing as ever; her character Meredith Logue as little screen time, but the time she is given is put to use by a flawless essence and headstrong attitude.

The script and its colorful characters are fueled by passionate directing from Anthony Minghella, who fuses both innocence and deadly desire for each of the players in Ripley's web of manipulation. Minghella is also credited as the director of 1996's Oscar winner "The English Patient," but that movie hardly an indication of the success he has with "The Talented Mr. Ripley." The first is a mess of unbearable proportions; the second is one of the best calm thrillers since Hitchcock's works almost 30 years before.

Of course, the film has no big climax or resolution, but that's to be expected. By the end, Ripley begins to realize his faults, and sees himself not as a master of manipulation, but more as a tyrant whose lifestyle is a sham. That's a small price to pay when desiring so much in life and taking much more, if you think about it.