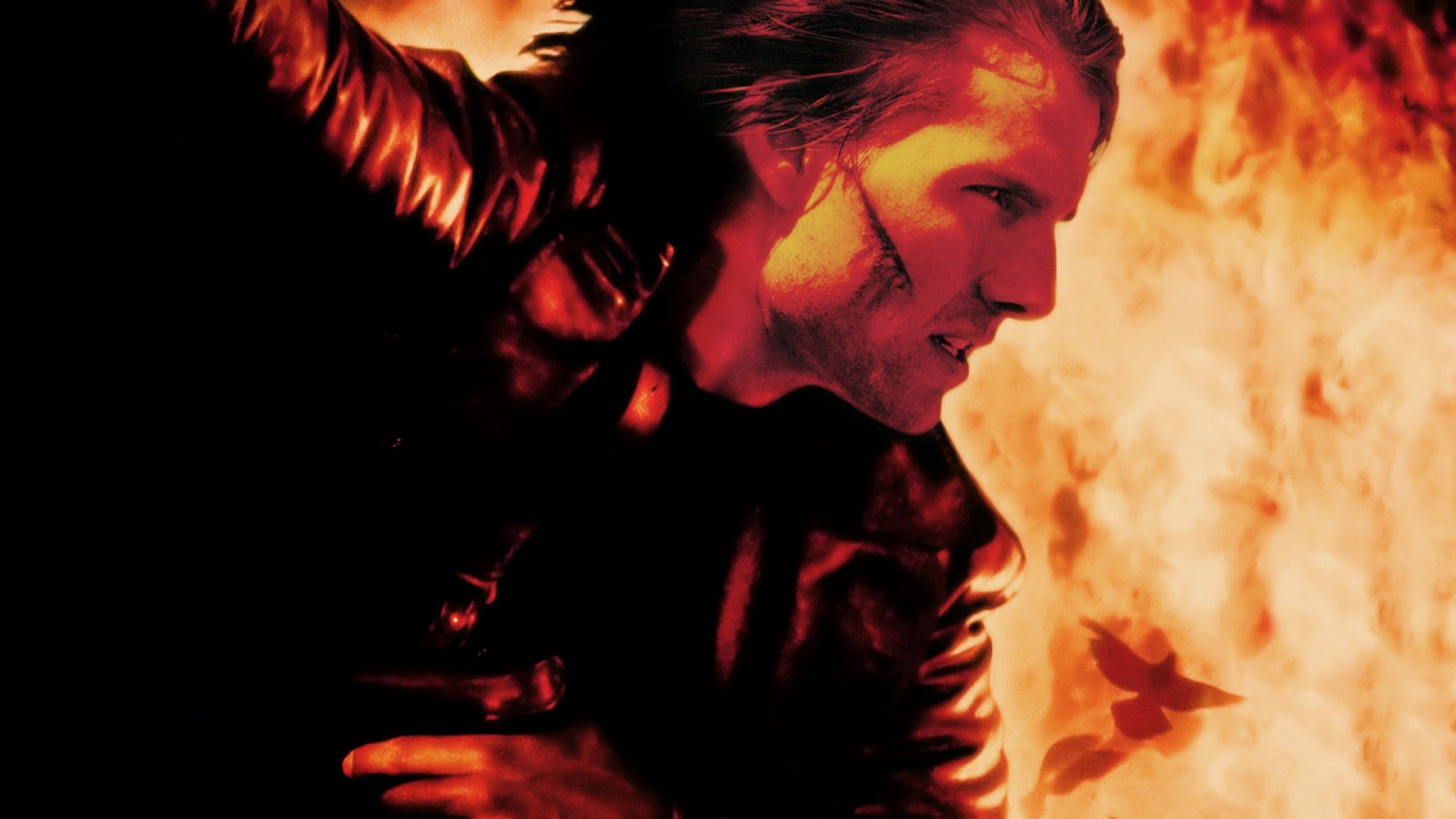 Needless to say, “Mission: Impossible 2,” his newest effort, does not take any new steps in the right direction. In fact, the movie as a whole is a leap backwards, assembled out of a story as thin as noodles, and stunts so overproduced and bloated that they leave us staring on in disbelief. The movie isn’t a complete loss—its editing is cut from the same distinctive fabric as Woo’s previous films—but each plot twist and action-packed event leading up to the climax wreaks of idiocy. The conclusion is not all that pleasant, either.

The picture is in the shadow of its predecessor: it has the same lame premise, the same shallow characters and same flimsy payoff. The only difference here, this time, is that Woo’s camerawork, unlike Brian DePalma’s, has the clarity to show us exactly what is going on (even though the events defy logic). The story: IMF agent Ethan Hunt (Tom Cruise) has been summoned by his new boss (Anthony Hopkins) to apprehend a deadly manmade virus that has fallen into the hands of the psychotic Sean Ambrose (Dougray Scott), and destroy it before it is unleashed onto the free world. The virus in question, named Chimera, attacks the bloodstream and kills its host in less than two days—the only cure is an antidote floating around somewhere nearby, which must be applied within the first 20 hours of coming in contact with Chimera. The mission for both of these substances, as the title promises, achieves “impossible” status when Swanbeck asks Hunt to recruit the beautiful thief Nyah Hall (Thandie Newton) for their task, only to discover that she is, in fact, the villain’s ex-mistress.

“Mission: Impossible 2” is, of course, in the spirit of the oncoming summer film season, but it’s one rather unstimulating and over-exercised. Its stunts are choreographed without logic or gravity in mind, and the characters who pull them off are written with a lack of earnestness. Cruise, reprising his role as Hunt, tries too hard to be a James Bond-style espionage agent and gets lost in his own action. Ving Rhames, who is one of Hunt’s partners, looks trite as a man whose sole purpose is to sit in a white van in front of a computer screen. And Thandie Newton, the talented actress who played the thought-provoking title character in “Beloved,” is forced to stand off to the side while shoot-outs, fist fights, daredevil stunts and big explosions go on in the foreground.

I’ve often wondered why these films claim to have missions of “Impossible” proportions when the characters so easily conquer them on screen. Now I realize why: only movie personas who work for the government are capable of surviving the attempts. Any real human being would either be killed or seriously injured in undertaking such outrageous tasks. How can any person, for instance, hold on to the side of a motorcycle while it is speeding down the interstate and keep their feet planted on the pavement without any disturbance? Is it possible for someone to slam their foot into the sand, hit the gun of a barrel and manage to force it high enough into the air so that they can catch it without ever bending over? Furthermore, how can anyone have the skill single-handedly climb a steep cliff to the top without any backup or instruments to help? John Woo’s style and precision do not save these scenes from being any less dreary or ludicrous. At least in “Broken Arrow” and “Face/Off,” the conviction of such occurrences looked negotiable.

As I was watching “Mission: Impossible 2,” a quaint observation entered my head: Tom Cruise’s career in action movies is getting more and more far-fetched with each new endeavor. This pitfall began over ten years ago with “Top Gun,” where pilots made almost flawless back flips with their jets, and has since continued through “Days Of Thunder,” “Far And Away,” and even the original “Mission: Impossible.” You’d think that a man who has discovered success in dramas and thrillers (“Jerry Maguire,” “Interview With The Vampire,” “Eyes Wide Shut” and “Magnolia”) would grow out of this phase. I guess working with Stanley Kubrick did nothing to undermine his desire to appear in cartoonish blockbusters.

Produced by Terence Chang, Tom Cruise, Paul Hitchcock and Paula Wagner; Directed by John Woo; Screenwritten by Robert Towne; based on the story by Ronald D. Moore and Brannon Braga; adapted from the television series “Mission: Impossible” by Bruce Geller