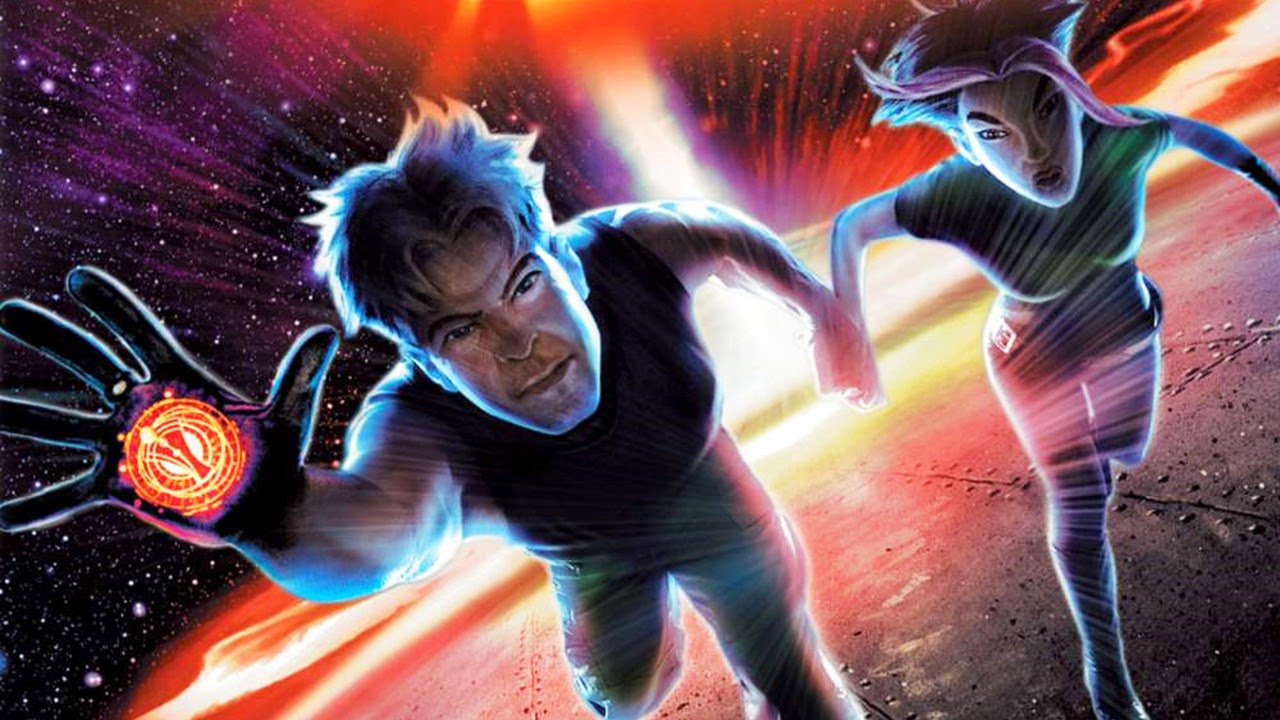 As usual, animated films provoke a strong inquisitiveness in the eyes of viewers because of their immense freedom, and “Titan A.E.,” the new endeavor from 20th Century Fox team Don Bluth and Gary Goldman, finally demolishes any doubts audiences might have in thinking the genre is simply designated for kids. A new bold step in reinventing the animated formula and testing the turnout for adult viewers, “Titan A.E.” also proves to be one of the finest achievements seen this year, so elaborate in its visual concept and exciting in its narrative potency that, in brief instances, we practically forget that we are even observing a movie. The intricate story is enhanced in ways that most live action science fiction films are not: by a style of bright colors, amusing personas, strong and focused pacing and startling plot twists. Likewise, the impressive vision of the Earth’s demise, which occurs on screen with jolting impact, is something that live action movies such as “Independence Day” and “Armageddon” could only dream of pulling off.

Taking another dissimilar approach from sci-fi, “Titan A.E.” tells its story in the post-apocalyptic scope. At the epicenter is Cale (Matt Damon), a human born on Earth but raised in the stars, whose father was responsible for the creation of a vast storage vessel called Titan to preserve the genetic codes of Earth’s creatures. Fearing that the perseverance in this project would give humans immense power, an alien race called the Drej moved into the atmosphere and destroyed our planet to preserve their universal superiority (the Drej are made of pure energy and illuminated from other races by their distinctive blue glow).

15 years have passed since that incident, and mankind is now a species sparsely populated and on the decline. Their only hope for further survival is the Titan ship itself, which is now lost deep in space, and being anxiously searched for by the fearful Drej. Humanity’s only hope is (not surprisingly) Cole himself, the son of the ship’s creator; during their final moments together, Cole’s father handed his son a ring as a symbol of their relationship, encouraging him to keep it close to his heart whenever he thinks of his father. As it turns out, the ring’s intricate chip system, when activated and placed on his finger, reveals a star map on his palm that marks the spot where Titan has been buried. Enlisted by a ship containing humans and talking evolved animals, Cole sets out to discover the secrets of Titan, and rectify the tragedy spawned by the Drej.

Sweeping us up in all of this are some of the most vivid and memorable characters of any recent animated film. Janeane Garofalo provides the voice of an oversized kangaroo (of sorts) named Stith, who throws tantrums at the thought of not living up to her potential and blasts her team members when they slack in their duties (“What were you doing when the Drej arrived? Taking a nap?!”). John Leguizamo provides similar comic relief as Gune, a creature who cowers at loud voices and orders, but is the space equivalent of Albert Einstein. Meanwhile, the Drej, while not distinguished by personalities, give the film a sense of unnerving tension with their ominous blue hues and cyborg-esque voices and dialects. What is most surprising (but relieving) is the depth given to the main character Cole; few wannabe-heroes in movies (particularly animated films) are written with multidimensional personalities, probably because their existence only serves as a ruse to lure in young male teens who share similar dreams of heroism. Matt Damon’s voice is appropriately cast, too, for Cole not only looks like him, but essentially acts like him.

The visuals are some of the most amazing I have ever seen in feature cartoons—some scenes even outdo the lavish swooping shots of Disney’s “Tarzan.” Of the fulfilling series of spectacular action sequences provided, three of them define the infinite possibilities of animation: 1) the opening sequence depicting the destruction of Earth; 2) a deadly navigation threw swamps thriving with menacing hydrogen trees; and 3) a game of cat-and-mouse that takes place in crevices of large reflective ice crystals. The scenes provide further proof that filmmakers are gradually getting their inspiration from Japanese anime rather than mainstream feature cartoons.

In recent memory, the movies have turned the sight of our vast universe into a spectacle of drab and depressing tones, further tarnishing the effect by the confinements of live action and gravity. Only a handful of films, such as George Lucas’ “Star Wars Episode One: The Phantom Menace,” help to remedy this obstinate problem, but none quite achieve absolute splendor. At last, here is a film that doesn’t squabble in clichés and formulas, and imagines the universe from fresh and plausible perspective. Rousing achievements like “Titan A.E.” are what summer movies should be all about.