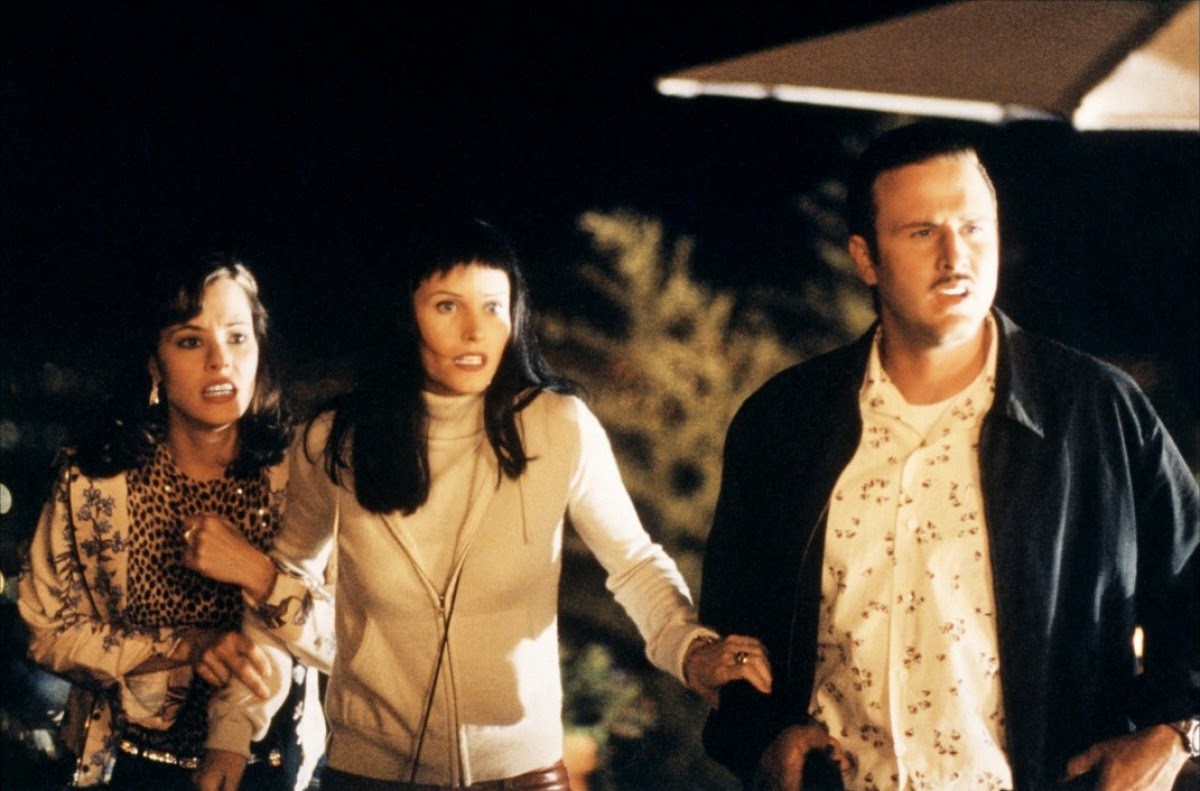 In either case (and in most situations the first choice applies), everything he touches searches for a new horizon to shed light on. His most recent horror works, the entries to the Kevin Williamson saga "Scream," take the slasher formula and rip it apart using characters with brains as the cutup tools. It is a given that teen horror flicks will be filled with gore and gratuitous violence; here, something else entirely overshadows the massacre.

Each film approaches the material in unpredictable yet satisfying ways. In the original "Scream," characters were big fans of horror movies, but repeated these relentless clichés during a series of horror-style killings going on in and around their hometown of Woodsboro. In "Scream 2," the survivors of the first picture tried to move on with their lives, but a slasher film named "Stab" was in theaters chronicling the real events of their lives, and a killer on a college campus was attempting to create a real life sequel to them. "Scream 3," the end of the highly successful series, has an even more intriguing concept--what if Hollywood, obsessed with dragging out horror stories, decided to take the true events of "Stab" and continue them with a sequel of faux circumstances? Furthermore, what if someone decided to turn that script into real life by duplicating the murders page for page?

The movie chronicles the making of "Stab 3," the third and final entry to the series revolved around the murders of Sidney Prescott and her friends (keep in mind, though, that the "Stab" pictures are movies within the "Scream" pictures). Whereas the first two "Stab" movies were based on truth, "Stab 3" is being completely developed by fabrication, using the lives of the actual victims to extend the franchise (not to mention using the same ghost-face costume that has become legendary among the survivors of the killings).

Something odd happens during its production--real murders start happening, usually to those who have an association with the making of this mad slasher. And what's most intriguing is that the killer is slashing victims in the order that they are killed off in the "Stab 3" script. Not surprisingly, three completely different versions of the screenplay exist, so it is impossible to predict who will be next on the agenda (a cop suggests that the three scripts are in print to keep the secrets of "Stab 3" off of the Internet).

Returning to end the series are Courteney Cox Arquette as Gale Weathers, David Arquette as Dewey, and Neve Campbell as Sidney Prescott (among others). These three are, (no duh) the main survivors of the incidents at Woodsboro ("Scream") and Widsor College ("Scream 2"), who have tried to move on with their lives but have failed to put the past behind them. Ms. Prescott, for example, now resides in the hills of Hollywood, working out of her home as a crisis operator but living in seclusion (as if she's afraid that the outside world will only cause her pain and suffering).

Dewey and Gale have similar ways of handling their lives; she still works as the journalist intent on uncovering deep secrets no matter who gets hurt, and Dewey has become a consultant, so to speak, on the set of "Stab 3." The latter two players have been the most amusing in the series because of their intense chemistry, and much of that is reflected here in the third film (although Gale admits that their relationship, hot and heavy by the end of "Scream 2," failed to work out because of their differences). One of the hidden traits of trilogies is that actors reprising their characters seem to grow board with the material. Yet all three of the main players, no matter how difficult the situations they are in, seem to be enjoying their screen time here; they have acquired the extensive knowledge of what similarities their situations share with horror films, and do not hold back their feelings for one moment.

At the opening of the picture (briefly following a surprising intro of murders), Gale is approached by the police, who need help in determining what the motive is for the new slew of killings. Her investigation takes her directly to the set of "Stab 3," where she encounters former acquaintance Deputy Dewey working as a consultant for the production. Even more striking than his presence is actress Parker Posey, who is set to play Gale Weathers, and winds up following the real reporter around for the duration of the movies trying to understand the character she is portraying. Things are fairly tight around the set of "Stab 3," however, and Gale is dismissed without picking up any clues.

More murders take place. Panic forces a shutdown of the production of "Stab 3." Growing fear overwhelms the remaining cast members, as the killer continues murdering victims in the order they die in the script. Unfortunately, no one knows exactly which version of the screenplay the murderer has read, and during one of the most tense moments of the picture, the killer faxes his next moves to a house containing several potential victims only seconds before they happen, giving the people little or no time to react.

There are further intriguing developments (I intentionally leave out most), and among them are the abrupt arrival of series veteran Sidney Prescott, and the discovery of a video made by now-deceased movie expert Randy (who is sort of like a survival guide for those closely involved to the murders). Actor Jamie Kennedy makes an extra-special guest appearance here, playing his departed character just before the murders at Widsor college claimed his own life. Randy insists, however, that he knew he would die there; this video was made not to say good-bye, but to help out any survivors through the final act of the real-life horror trilogy they were living.

Whereas the other movies combined horror with a satirical tone, "Scream 3" presents its material as some real somber stuff, concentrating more on the mayhem and less on the jokes (although many of the gags are the funniest in the entire series). Much of the cause for this change of pace belongs to the change in writers; Craven became fed up at the last minute with Kevin Williamson's treatment and brought another writer on board. At first glance, Ehren Krueger appeared to be an unlikely candidate for filling the original writer's shoes. But Williamson's version of "Scream 3" demanded that the series return back to Woodsboro, essentially repeating the scenario of the first "Scream" picture. Krueger's interpretation is much more risky without the wit, and yet so much more compelling; rather than rehashing ideas, it takes the players right to the source of this nightmare: the minds of Hollywood, who churn out slasher films at a relentless rate. If the transformation requires less silly scenes and more serious ones, than so be it.

The movie is also a work of technical genius, using cameras with a swooping style to capture the characters as they are chased through halls and passageways at top speed. Many movies lack attractive camerawork when it comes to pursuing people through all sorts of narrow territory (even the first "Scream" pictures were a little jumbled), but "Scream 3" proves to be quite effective in keeping the action clear and focused. This will be helpful, indeed, as there is plenty of gruesome murder taking place throughout the movie. Whoever said that the picture's body count was decreased due to the recent violence in schools was obviously full of hot air.

"Scream 3" is quite a surprise, in the manner that it preserves the innovation of the series rather than succumbing to all those clichés plaguing the genre in general. Perhaps the only thing preventing it from being perfect, like its predecessors, is the ending; why do Craven and his writer insist on dragging out the climax to such a frustrating length? The identity of the killer is not the downside at all; the only problem is, when everything is revealed, the plot twists do not stop. Many will grow tired of waiting for some sort of resolution to set in.

Still, matched up to the previous entries, the movie stands tall and proud (although "Scream 2" is the best of the series because of its ability to handle numerous characterizations with genuine depth). Will the audience respond in the same way? I believe so; this is, after all, a franchise that has gathered a large turnout for each of its previous chapters. Anyone who has seen the series through its first two entries will likely want to see the third, if only to tie up all those loose ends. Whether or not they will embrace it like the first two is left up to the imagination.

Who is killed and whom they are killed by are secrets that have to be seen for themselves; so horrifying are some of the murders that the typical English language cannot begin to describe the alarm many will experience. And somehow, through all of these gratuitous occurrences, many will take away a valuable message here as people continue to debate whether or not movies like these encourage American youth to resort to violence. All the "Scream" pictures calmly echo a perpetual theme, and "Scream 3" delivers the moral for what the entire series has tried to say right from the beginning: life does not intimidate art, even if there are people out there more twisted than any of the ghost-face killers.