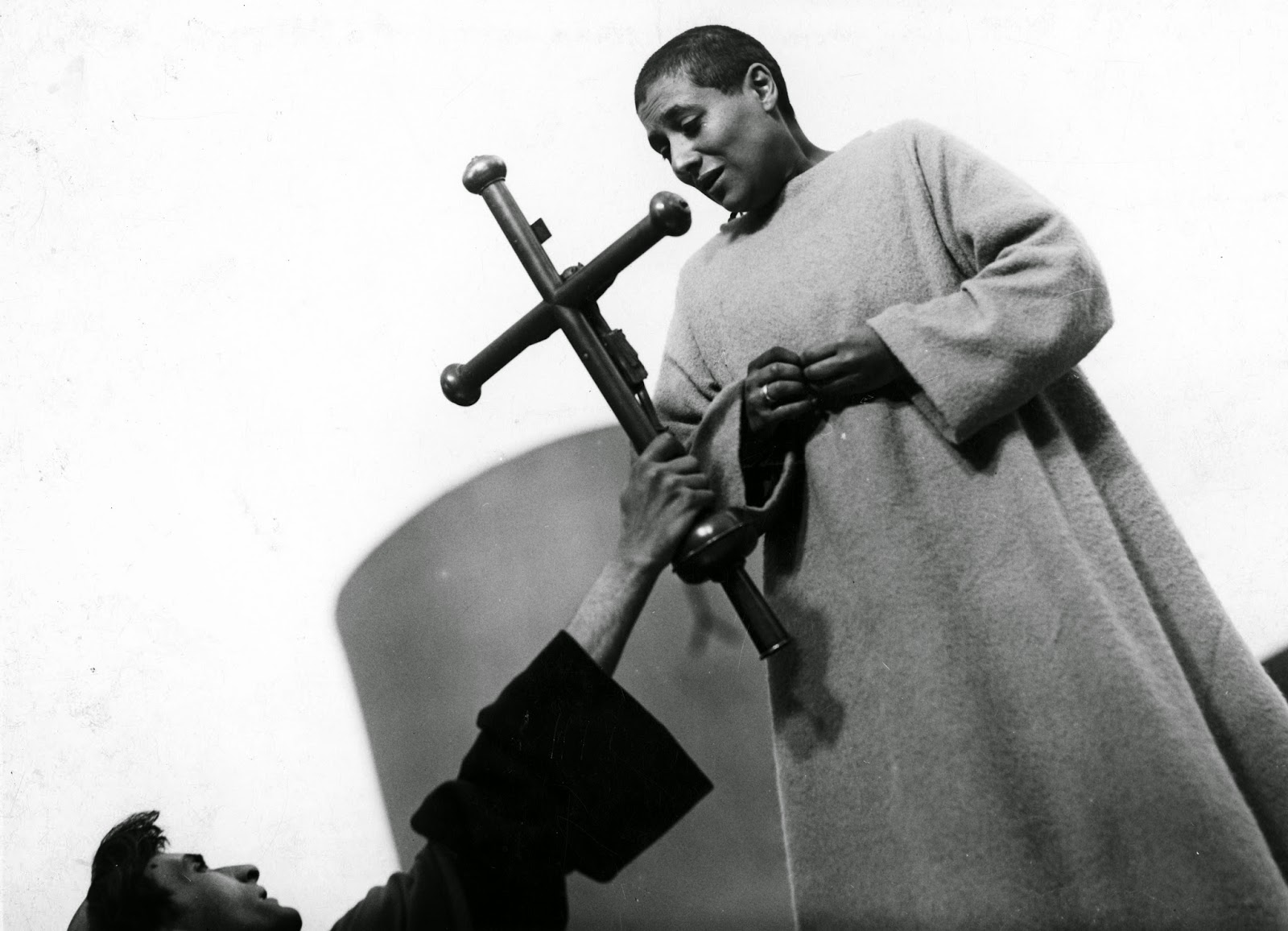 Where am I headed with all of this? Before one can fittingly describe a movie about Joan of Arc, they must at first inform others where their own beliefs stand in the issue. My own feeling is that Joan herself could have been both rational and crazy, depending on the time period we are discussing. What can be said, in either case, is that the very soul and heart of the story was built on endless suffering. Nowhere is it indicated that there was a moment of uplifting energy that carried her and her comrades across the French territories. Her violent end wasn't all that splendid, either.

Most of the general public is divided in the same way that historical texts are, especially between the male and female audiences. Many women seem to immediately come to her defense, while most men choose to ask the questions--did she hear the voices of God, or was she merely suffering from personal insanity? The debate was most recently struck up in Luc Besson's "The Messenger: The Story Of Joan Of Arc," which questioned the possibilities by directly attacking the self-proclaimed "messenger of God." The movie itself was uneven, but it was the first (at least that I've seen) since Carl Dreyer's "The Passion Of Joan Of Arc" to generate enough bravery to challenge the very soul of this unsolved mystery.

Unfortunately, comparisons between both movies stop there. The latter suffers from a variety of problems; the original, a French film without establishing shots and many dialogue screens, is perhaps one of the most intricate and powerful achievements of the silent era. One would not, of course, expect much less from a man like Carl Dreyer. His sense of eccentric style helped evoke some of the most remarkable atmospheres of early cinema; a faulty camera used in "Vampyr," for example, caused footage to look ambiguous, dark and blotchy. Most filmmakers would discard this type of footage and re-shoot everything that was lost; Dreyer, on the other hand, felt that the bleached hue gave strength to the eerie story, and instructed his cinematographer to finish the film with the exact same equipment.

But "The Passion Of Joan Of Arc" remains his timeless masterpiece. It must be difficult, for starters, to adapt this material without having a personal belief interfere with the interpretation. But this is exactly what Dreyer accomplished; his movie is neither negative nor positive, and instead chooses to remain in neutral territory, thus giving the viewer a chance to decide for themselves the significance of Joan's fate. In this conviction, both sides of the debate are portrayed with some equality; there are moments when we feel frustration towards Joan, and other moments when her tears and sorrow melt our hearts. Does the movie make any kind of conclusion about her sanity? Not really. But then again, that decision shouldn't be made by the movies period.

The film itself is revolved around the trial that ended her life, surely the most informative phase of Joan's human existence. Playing the character is the unforgettable Maria Falconetti, who only made this movie, and then died a few short years later. It is written that her performance is the finest ever captured on film (her face and emotional reactions embody the woman's last days almost effortlessly, as if the actress had been Joan herself).

Many of our arbitrary theories take shape when the plot reaches its horrifying conclusion, and the movie never tries to make her death seem necessary or unjustified. Only the most puzzling aspect of the story remains uncovered: why exactly was Jeanne called Joan of Arc by those who told about her life? This attribution is assuredly the kind that has been attached to other historical figures like Ivan the Terrible or Alexander the Great. But those figures at least garner those titles with the obvious historical facts; Jeanne's life is so sketchy that any type of conclusion is bound to be an inaccurate one. The movie could have speculated about the meaning of this name, but it stays on safer ground by not doing so. Since I'm in the same neutral ground, I may never know (unless there has been history written about it that I am unaware of).

Of course, the typical questions will remain even after the movie is over; did she deserve to die, or did she need to survive for the benefit of her country? Only those who lived during her time know the answers; for us, speculation is the only way to make probable conclusions. To that effect, Dreyer made use of the inconclusive substance to create a drama about raw emotion instead of finding answers (perhaps it is best that we make our own judgments regarding the historical figure rather than having a movie try to force them on us). The interpretation helps without dialogue, because characters are not using words to influence our evaluations. It all belongs in the facial expressions--some will see Jeanne's tears and come to her defense, others will see the court's frustration and jump on their bandwagon.

Why do we have a fascination with Joan of Arc in the first place? Is it the lack of background information? Or is it the fact that she claimed to have seen the image of God? I'd say it was her gender that attracts people to the story; many historical figures are men, and seldom does anyone find a person like her so determined, smart and fearless in a quest to find identity. "The Passion Of Joan Of Arc" embodies those qualities without ever being bias towards the source material or its players--it tells the facts as they were written, and does not choose to rewrite them like so many Joan of Arc movies that came afterwards.

Produced by Jean Hugo; Directed and screenwritten by Carl Dreyer; based on the novel by Joseph Delteil