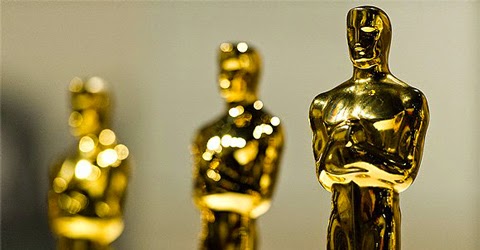 The 1999 film industry was more healthy than that of 1998, but by looking at the new Oscar ballot, one would not immediately be able to arrive at that conclusion. Of last year’s five Oscar nominees—“Elizabeth,” “Life Is Beautiful,” “Saving Private Ryan,” “Shakespeare In Love” and “The Thin Red Line”—four of them were, for the most part, deserving of their nods. This year, only two of the five share that honor: Sam Mendes’ family drama “American Beauty,” and Michael Mann’s attack on the tobacco industry “The Insider.” The other three contenders—“The Cider House Rules,” “The Green Mile” and “The Sixth Sense”—are undeserving of their recognition. “The Green Mile” and “The Cider House Rules” were less of a shock (I had correctly predicted them as wild cards in the contention), but who on Earth could have foreseen the summer hit “The Sixth Sense” as the fifth Oscar candidate? I’m one of the few protesters of the movie, yes, but that’s beside the point; Academy Award nominees are usually based on a film’s recognition in various other award fields (i.e., the Golden Globes), and here is one that has been admittedly ignored by most other circles.

Whereas the numerous nominations to “The Cider House Rules” and “The Sixth Sense” came as a shock, the dismissal of other contenders was even more upsetting. It was hopeless to see my favorite film of 1999, “Eyes Wide Shut,” get a picture nomination to begin with--but what happened to the real strong contenders like “Magnolia” and “The Talented Mr. Ripley?” Paul Thomas Anderson’s “Magnolia,” a film I finally saw recently, got three nominations overall—one for Original Screenplay, another for Original Song (“Save Me”), and another for Supporting Actor (Tom Cruise). “Ripley” wasn’t that lucky, either; director Anthony Minghella’s thriller, the first picture he’s made since Oscar darling “The English Patient,” walked away with just four nominations, and not even in the major categories most expected (such as Director, Actor and Supporting Actress).

Also neglected were Disney’s “Toy Story 2” and George Lucas’ “Star Wars Episode 1: The Phantom Menace.” The PIXAR follow-up to the computer-animated “Toy Story” was having such an amazing winning streak lately, many had hoped it would beat the odds and become the second animated picture ever nominated for the top prize. Meanwhile, Lucas’ prequel to the “Star Wars” trilogy, a work of technical genius, was completely snubbed in Cinematography, Makeup, Costume Design, Film Editing, Original Score and Art Direction. The movie managed to pick up three nods (for the sound and special effects categories), but that’s far below what many (including myself) anticipated.

Other notable exclusions: Jim Carrey’s fine performance in “Man On The Moon” was ignored by the voters (his second in the past two years), and his spot in the Oscar race instead went to Sean Penn for his role in Woody Allen’s “Sweet And Lowdown.” Madonna’s hip and stylistic “Beautiful Stranger” was forgotten in the Original Song category—the voters took a big risk instead and nominated “Blame Canada” from “South Park: Bigger, Longer & Uncut.” Jocelyn Pook’s brilliant music for “Eyes Wide Shut” was snubbed for Original Score, and Stanley Kubrick didn’t get a nod for Best Director, either (as most suspected he would, essentially on a sympathy vote).

Expect my predictions for winners to be announced in mid-March.