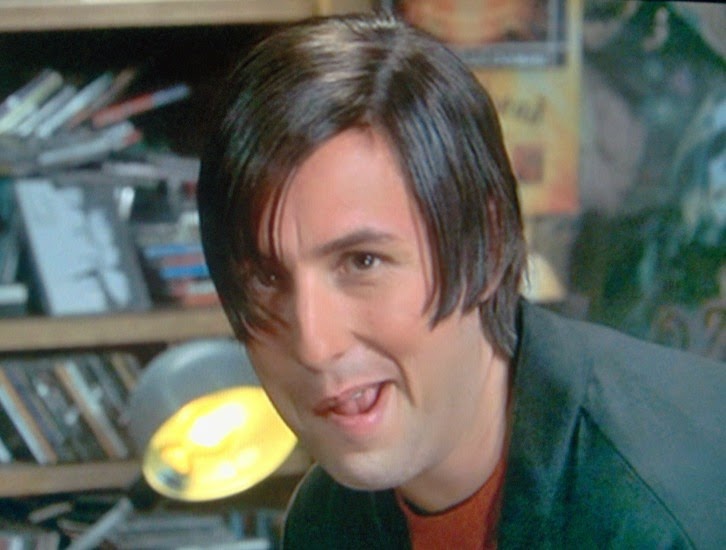 “Little Nicky” is pure entertainment for the brain dead, a lifeless, frustrating travesty of comedy that suspends laughs for cringes, wit for idiocy, and pleasure for agony. The movie more than leaves us staring on in disbelief: it practically knocks our attention spans out cold. As a vehicle for comedian Adam Sandler, who was never that funny to begin with, the movie serves merely as the ultimate proof that if he has yet to make anything worthwhile, chances are that day will never come. Hopefully the masses will now finally accept that notion just as easily as I do.

It's also quite ironic how a movie that makes us feel like we're in hell actually takes place there. Sandler stars as Little Nicky, the youngest son of Satan (Harvey Keitel), who at the opening of the film decides to sustain his leadership over the underworld, and is then struck down by the sudden rebellion from his two oldest sons (Rhys Ifans and Tom Lister Jr.). Going to pieces (literally!) over the revolt, Satan instructs his youngest and most faithful son, Nicky, to track down his two brothers in New York and bring them back down to the depths of hell before they make one of their own up on Earth.

Alas, Nicky is hardly the most experienced person for the task (especially in a place like the Big Apple), so his journey through the busy streets and looming complexes is hardly a routine one. In one instance, the script provides the guy with a love interest in the form of a "geeky" city girl named Valerie (Patricia Arquette); at another, he discovers that his mother, of all people, is an angel (played here by Reese Witherspoon, in perhaps the only mildly amusing role of the entire picture).

Brewing up a little hell in this vast metropolis comes particularly easy to Nicky's brothers (at one point, they even posses Regis Philbin), but its the jokes and cameos in crevices of the central story that inflict the real pain and suffering here. A talking dog appears in one or two scenes to act, at least, as a mild distraction from the story, but gets suffocated by the useless "Saturday Night Live" skits deposited sporadically within the substance. There's one scene, for example, that features Dana Carvey as a referee, another with Jon Lovitz as a peeping Tom, and even one with Quentin Tarrantino as a blind preacher. A last resort, so to speak, is the inclusion of a tone-deaf and irritating joke in which Adolf Hitler is seen dressed as a French maid. The point? Certainly not to provoke true laughter.

All of these arguments come directly back to the title character, who is the most unfunny joke of them all. Nicky is not the worst gimmick character Sandler has ever played, but he's quite annoying nonetheless. Think of "The Waterboy" before puberty—he is presented in a torpid fashion, with facial expressions that look as if they came from someone with his face pressed up against glass all day, long greasy bangs, and a raspy, low mimic of a voice that could easily get overshadowed by the sounds of a working air conditioner. Watching this travesty of a characterization unfold, I honestly wondered how any man, even Adam Sandler, could stomach portraying such a pathetically written wimp. But then again, any man who could make "Big Daddy" and "The Wedding Singer" and not duck his head down in shame afterwards has the audacity to do just about anything, I guess.

The movie is complete crap—unfunny, uninspired, deceptive, childish, ill-conceived, boring, badly shot, poorly realized, and most of all, incredibly annoying. "Little Nicky," in short, is the single worst Adam Sandler film ever made. And coming from a person who has despised every cinematic endeavor under his belt, that’s saying something!