The Second (or Third) Time Around 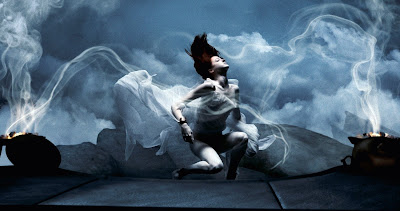 In my adventures of writing about older movies that I neglected to review during theatrical release periods through the last several years, I realized that I’m not being entirely truthful to my audience. Once upon a time, I wrote that “reviews represented an immediate experience,” and used it as a defense to explain why I could never be one of those critics who would occasionally go back and write a second critique to a film I might have changed my mind on. The flaw in that statement is that the sentiment is negated the moment I choose to write about something that I first saw years prior, yet never got around to evaluating while it was still a commodity at the local multiplex. In order to be informed on a keyboard, after all, the subject must be fresh in your mind; this usually requires new viewings of said movies, and in many cases the opinion is modified because the material has had more time to settle. Opinions indeed are not absolutes, and neither are any claims to the contrary (even when I might be the one making them).

This thought process was fresh in my mind this last evening during a viewing of “300,” a film I admired greatly when it first came out in 2007 but has dwindled as a presence in the years since. An initial review would have been glowing, but alas I never bothered to critique it. The movie will finally be judged by me in written treatment (appearing later this week), but the verdict is going to be distinctly different than what it might have been had an assessment been applied to it six years ago. That does not imply a drastic shift, but one notable enough to stick out in the framework of my mind.

This is hardly an isolated occurrence. In my recent review of “Melancholia,” I awarded the film four stars, and called it von Trier’s “masterwork.” But such feelings were far from my mind during the initial run; I appreciated the movie after one viewing for its restraint, but felt its dreamy treatment of the material lacked a clear goal. As is the case with most of the director’s work, however, sometimes the material takes a little time to reach perspective. If movies are like fine wines, maybe we are tasting several of them before they have an opportunity to age (or become sour, depending on your perspective).

Which poses and even bigger question: “what is really the harm in revisiting a film that I feel drastically different about, even if I did in fact review it during its initial theatrical lifespan?” The answer is there is none, and that is rather enlightening. I was really unfair to a lot of films, especially early on in my writing; on the flip side, others I was far too generous with. I briefly touch on this in an upcoming critique of the new “Riddick” film, in which I make reference to the impact and quality of the Riddick series’ first release “Pitch Black” (I did not review the picture favorably when it first came out, but after later viewings I found that I actually admired the skill and energy that went into crafting it). The goal of every critic is to be informed before he starts talking to his audience, but the field of perspective of someone who is 16 years old when he begins analyzing the movies critically is not going to be well-versed in the least. So, from that standpoint, some I suppose do in fact deserve a second chance.

I don’t intend on going out of my way to highlight this state of mind, but it is likely that new reviews will appear in the coming months for films I did write about early on with an outdated outlook.  Some obvious examples of this prospect may or may not include: “Office Space” (which I disliked immensely the first time), “Pecker” (a movie I gave zero stars to for who knows why), “Pleasantville” (something I thought was so-so for a long time when it was actually much more than that), and “Mystery Men” (which was great fun the first time but… well, you probably get the idea).

Meanwhile, the reviews of older movies previously not written about will continue. They are a source of comfort, and create a good variety in an age where it isn’t nearly as important to always keep up with everything still in the movie theater. There will always be a place and need for discussing the current crop of new films, but we are now a century into the defining medium of entertainment, and just as much is left to be said of our past as our future. And yes, that all comes with the admission of reviews being about much more than just the “immediate experience.”