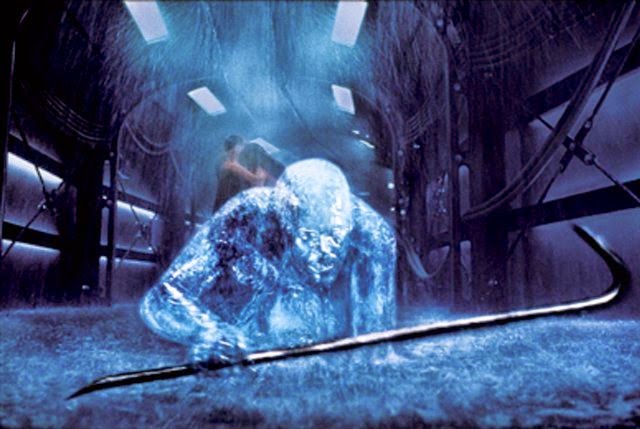 Listed and summarized below are the 11 biggest films being anticipated by summer moviegoers, who will surely pack theaters when it comes time for their theatrical releases. It remains to be seen, needless to say, if these big summer pictures actually live up to their promise, whatever kind of guarantee that may be.

* GONE IN SIXTY SECONDS (Opens June 9)
Director Dominic Sena, who hit it big years ago with “Kalifornia,” makes a return to the movie world with the widely anticipated remake of the 1974 cult classic “Gone In Sixty Seconds.” So far his efforts seem to be leading to a big payoff; trailers for the film are playing in heavy rotation at theaters, and the numerous TV spots offer teasers of big car chases, loud explosions, and stunts that are undoubtedly in the spirit of the summer action scene. And for those less concerned about in-your face action, the ensemble cast, which consists of Oscar winners Nicholas Cage and Angelina Jolie, promises much more than just visual thrills.

* TITAN A.E. (Opens June 16)
Moviegoers have waited years for mainstream animation to break free from the “kiddy” audience, and the upcoming sci-fi epic “Titan A.E.” looks set to establish a genre squarely aimed at older viewers. Helmed by 20th Century Fox, this apocalyptic vision set in the vast universe far into the future looks to be filled with all sorts of goodies for audiences to feast on, including detailed imagery, rich and colorful characters, and a story of fascinating proportions, involving the human race’s survival after alien beings destroy the planet Earth. Fox’s last endeavor in animation was 1997’s “Anastasia,” to which they garnered praise from critics, and an Oscar nomination for Best Song. It remains to be seen if the studio can duplicate that success.

* SHAFT (Opens June 16)
With “Boyz In The Hood” and “Poetic Justice” behind him, director John Singleton hopes he can squeeze some life out of the old “Shaft” phenomenon by modernizing the 1970 motion picture classic using Samuel L. Jackson and Vannessa Williams as the leads. It will be difficult to pull off, indeed, but what has been seen of the film so far looks rather promising. It’s safe to expect something solid and entertaining, but don’t expect something better than its older sibling.

* CHICKEN RUN (Opens June 23)
Even though their last effort in animation, “The Road To El Dorado,” tanked at the box office, Dreamworks SKG is hoping to reel in big numbers for their first effort in clay-mation, simply titled “Chicken Run.” The story seems simplistic and sincere enough to attract younger audiences, where a slew of chickens ban together in hopes that they can scale the fences of their pin and escape the farm they are imprisoned in. Surely such a plot will inspire lots of big laughs and excitement.

* ME, MYSELF & IRENE (Opens June 23)
Jim Carrey needs no introduction to audiences, but several viewers felt they needed one when he jumped out of comedy two years ago and stepped into dramatic motion pictures like “The Truman Show” and “Man On The Moon.” Now he prepares to step back into the genre that made him famous with “Me, Myself & Irene,” a comedy about a Rhode Island state trooper who has multiple personalities and engages in physical fights with his alter ego (!). With this effort, Carrey will hopefully prove to his comedy admirers that there is still something left to be laughed at. And hopefully, the Farrelly brothers, who made the hilarious “There’s Something About Mary,” will be able to prove that there is, indeed, life after “Outside Providence.”

* THE PATRIOT (Opens June 28)
Since war movies are another big hit during the summer season, as seen two years ago with Steven Spielberg’s “Saving Private Ryan,” Columbia Pictures has decided to unleash one of their own this year called “The Patriot.” The production takes us to the dawn of the Revolutionary war in South Carolina, featuring lush period costumes and props, and cinematography that may, from the looks of it, be in contention for an Oscar nod next year. Furthermore, the casting of Mel Gibson, a revelation in similar films like “Braveheart,” will inflate anticipation. Will its appeal suffer, though, by having director Roland Emmerich on board (Emmerich, you may recall, directed not one but two of the worst summer blockbusters ever—“Independence Day” and “Godzilla”)?

* THE PERFECT STORM (Opens June 30)
Like war films, disaster pictures are popular attractions during summer. Instead of tornadoes, volcanoes and asteroids this time around, though, we have a movie centered on hurricanes. Trailers and TV Spots have already caused quite a stir for this picture “based on a true story,” with men and women staring at the special effects in a sense of paralyzing awe (in one now well-known shot, a fishing ship looks like it is trying to scale a massive tidal wave).

* SCARY MOVIE (Opens July 7)
With the never-ending supply of teen slasher films making their way onto theater screens this day in age, it’s a wonder it took filmmakers so long to do a parody on them. That’s exactly what “Scary Movie” is—a spoof on films such as “Halloween: H20,” “I Know What You Did Last Summer,” and “Scream,” with a touch of “The Matrix” and “The Blair Witch Project” thrown into the mix. The working title for the film was originally, by the way, “Scream If You Know What I Did Last Halloween.” Prepare for some monstrous laughs.

* X-MEN (Opens July 14)
Avid comic book fans have waited almost 10 whole years for the popular X-Men franchise to make it to the big screen, and after much speculation throughout that time, a production was finally settled and a film put into the works in early 1999. This July, those fans will finally get their chance to see their favorite mutants on the big screen. As with most movies adapted from comic books, “X-Men” has massive potential both critically and commercially.

* NUTTY PROFESSOR II: THE KLUMPS (Opens July 28)
Though its predecessor is a rather lame effort, “Nutty Professor II: The Klumps” will likely succeed at the box office because of the major commercial appeal of the first film. That doesn’t mean that we should simply write off the sequel, though. Since Eddie Murphy recently renewed our admiration with “Bowfinger,” and is playing the majority of the characters this time around, things could get quite amusing.

* THE HOLLOW MAN (Opens August 4)
Thrillers generally make way into the theaters during August, and the upcoming movie “The Hollow Man” is no exception. The film stars Kevin Bacon as a government scientist, who is altered into an invisible being and driven to insanity by its effects, threatening the lives of his coworkers. Previews and word-of mouth are scarce right now, but judging from what is known, expect something explosive when it comes time for release.