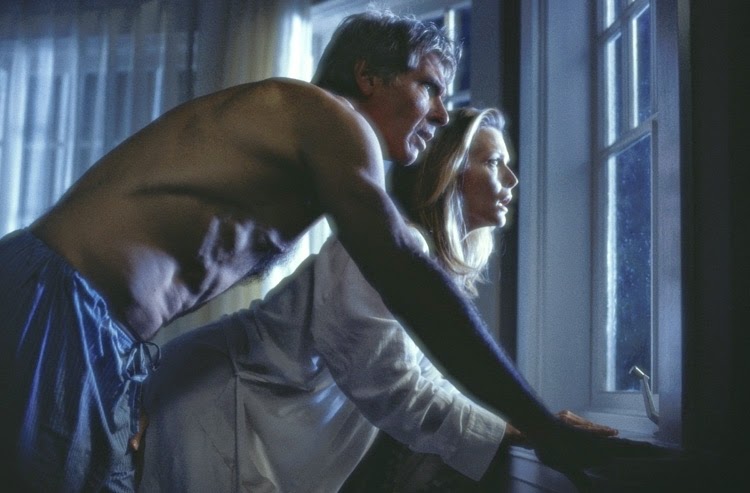 There is an agonizing sense of déja vu that kicks in shortly after “What Lies Beneath” opens on the screen, as if all of the images, the twists, the outcomes, have been seen not so long ago. Anyone, of course, who has been tuned in to the film’s recent overexposure on television and in theaters knows why this feeling is induced: because every important moment in the movie itself has been in one way or another been used as promotion for the theatrical run, draining the product of its element of surprise. You know how it is when some big loud mouth tells you the entire plot to a film you have yet to see? “What Lies Beneath”s advertising campaign operates on those impulses.

Not that there’s anything worthwhile to keep secret to begin with, though. The movie is a shapeless, boring, repetitive and misleading thriller that desires an exploration of the premise’s intrigue, but is ultimately more interested in fantasizing about those descents than acting on them. It tells the story of a successful and loving marriage between two people—him, a biologist in the shadow of his father’s success; her, an ordinary housewife who is depressed by the departure of her daughter off to college—whose bond seems almost unbreakable. That is, until wife Claire witness the ghostly manifestations of a woman in her own house, and she feels the specter in question might be associated with the violent neighbors she has been spying on. Other plot details develop, but as I assume you’ve already witnessed the trailer and/or other premise essays, so there’s no need for an in-depth discussion.

The movie was directed by Robert Zemeckis, the acclaimed actor who made the 1994 masterpiece “Forrest Gump.” He and his stars—Michele Pfeiffer and Harrison Ford—act merely as a facade to hide the plot’s inane structure from audience eyes, who will be able to single out almost half-a-dozen formulas with some close observation. There is a moment, for instance, when we are instantly reminded of “The Sixth Sense”: Pfeiffer’s Claire Spencer, occupying her spare time with a bath, looks into the tub and sees a reflection, the catch being that it isn’t hers. Her psychiatrist then draws the obligatory conclusion that she has been haunted by a ghost in her own home. The only thing missing in this painful recreation is the line “I see dead people.”

The structure can be broken down into at least four primary acts. The first is an echo of Hitchcock material (namely, “Rear Window”) where Claire’s incessant spying on neighbors reveals something more startling than she could have ever imagined. Second round involves the ghost story angle (as mentioned earlier), in which objects stir, doors move and other strange things happen in Claire’s house, encouraging some form of contact between the two. Then there’s the inclusion of a brief relationship drama, where Claire finds out that her husband committed adultery with the dead woman she sees, and a rift is created between husband and wife. Rounding out this, amazingly, is the slasher approach, in which our stars are victimized in the style of teen scream queens and forced to participate in bloodshed that is totally uncalled for. The purpose of this combination? Absolutely nothing, which makes “What Lies Beneath” an even worse film than we suspect at first glance. I could have lived with foreknowledge; I cannot, however, accept contradicting tones like these.

Both Ford and Pfeiffer are terrific thespians who deserve our highest respects, and even at the most vile moments, they are watchable in “What Lies Beneath.” Oh, if only they were able to find material that could make use of their vibrant efforts! Some of their recent films—his “Random Hearts” and her “The Deep End Of The Ocean,” notably—are flooded with their energy, but mislead by meandering narratives and a structure that could easily be summed up by renting any two movies at the local video store. “What Lies Beneath” does not put that trend to rest, alas, and serves merely as proof that both stars will never get the respect they deserve until they are able to work themselves out of these irritating slumps.