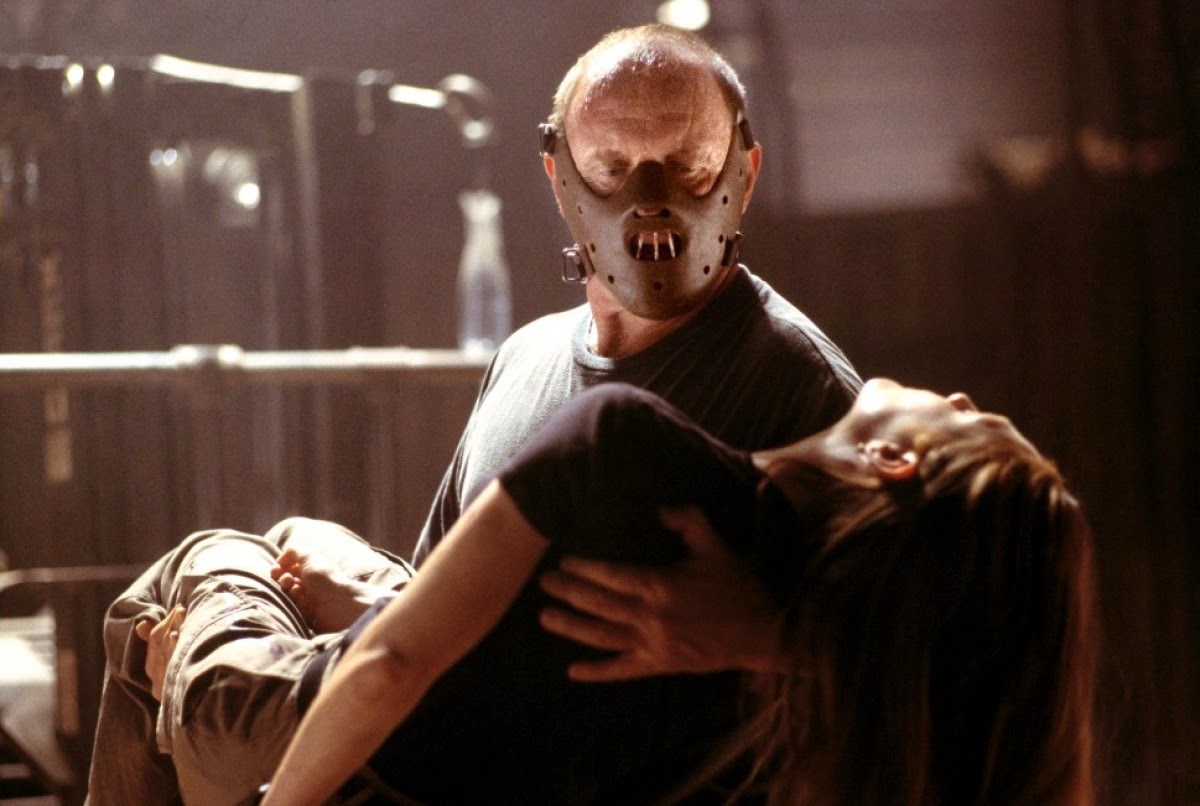 With all this in mind, the idea of a sequel to such a magnificent endeavor seemed silly and ominous. But it was an obligatory decision nonetheless, given that the book “Hannibal” by Thomas Harris, chronicling the further events that followed the doctor’s prison escape, was quickly topping the bestseller lists across the nation just a couple of years ago. In just a short time, a movie follow-up based on that material was announced, but its production would be in a whirlwind of chaos before the project would officially get underway. Jodie Foster, the actress who played FBI agent Clarice Starling in “Lambs,” had expressed deep concern about the approach of her character when she read the “Hannibal” script, and demanded that revisions be made before she would consider reprising the role that won her a third Oscar. Unfortunately, Foster found other work while the rewrites were going on, and told the studio that, if “Hannibal” were to ever be made a movie, they would need someone else to fill her shoes.

After a recast, rewrites, and endless shuffling between directors, “Hannibal” finally went into production and was released this February. The result is this, an intriguing, fresh, firm and attractive endeavor that neither tries to borrow nor duplicate the atmosphere of its predecessor. It’s also a lot more brutal and gory in its violent texture, minus the penetrating psychological insight. That, of course, means the movie is hardly the great achievement like “Lambs,” but that doesn’t necessarily mean it’s a great decline, either. In fact, the imagery itself is so effectively approached that the picture still manages to convey a sense of genuine terror and intrigue.

Also surprising (but not quite as much) is how effectively Julianne Moore undertakes the role of Clarice Starling, especially considering how well established it originally was by Foster. At the opening of “Hannibal,” Clarice is receiving heaps of praises for busting open a serious drug case. She’s a hardworking, tough, very much observed... and yet a shadow of her former self. Why, exactly? The media has highlighted her career almost entirely around her encounters with Hannibal Lecter, an act of which that discourages the FBI agent because, as we already know, those encounters between cannibal and cop were more than just brushes with business: they were like personal meetings between two psychologically-unstable people.

Meanwhile, on the other side of the Atlantic, living content in Florence Italy, is our favorite movie cannibal Mr. Lecter. Despite being a highly sought-after criminal mind, he exists in the society that surrounds him like a fulfilled, unworried, respectable individual. Unfortunately, a former patient from his psychology days (and one with more than just emotional scars, mind you) still carries around strong resentment for what he did to him all those years ago, and searches night and day for a way to exact his revenge. His name is Mason Verger, and he is played here, very effectively, by one Gary Oldman. For the most part, his searches for Lecter lead to dead ends, but when he realizes the connection between him and Agent Starling, a new plot is concocted against the doctor, and soon many of the film’s important players are on the prowl for his whereabouts. Needless to say, the search is a difficult one because, as to be expected, Hannibal is usually one step ahead.

The movie operates more like a cat-and-mouse caper than an actual thriller. But then again, there’s no substantial problem there, because what remains distinctive in the transition between “Lambs” and “Hannibal” is Hannibal’s knack for being so cunning and manipulative. The big difference lies in the amount of time he is utilized; in the last film, the sadistic doctor was more like a minor player hiding behind a curtain (or in the literal sense, a cell), acting as the intermediate who had what the FBI was looking for on the serial killer Buffalo Bill, and knew that Agent Starling would be willing to do just about anything to get it. Here, Hannibal is more thoroughly investigated, adding not just more detail to his persona, but more realism as well. We learn that, in this life, the cannibalistic doctor continues to strike on unsuspecting victims, but usually limits his attacks to those who, in one form or another, are morally corrupt individuals whom the world might not miss. That doesn’t make him a saint by any means, but it does make him a little more human than we had previously imagined.

The movie does, though, suffer from a few minor setbacks, most of them minor but extremely distracting. One such questionable item is the script’s treatment of the movie’s ambiance, which is often thrown around between drama and thriller, understandably, but irrelevantly contains moments of humor that completely upset the intention of the plot. Ray Liotta as a cop under the influence of Verger’s thumb is one of the direct causes, and when he is present during the movie’s now-infamous “dinner scene,” it is a wonder that Hannibal doesn’t decide to use him as the main course.

The movie was directed by Ridley Scott, who most recently saw his “Gladiator” win Best Picture at the Academy Awards, and undoubtedly felt pressured by following in the footsteps of Jonathan Demme with this material (actually, Mr. Demme was not the first to probe the Hannibal substance—the first was in fact Michael Mann, who made the first Hannibal feature, the relatively unknown but highly engaging “Manhunter,” six years prior to the release of “Lambs”). But he and his writers do a very solid job in turning the material into a direct character study, probing all the necessary areas of the doctor’s life all while giving us visuals as stark and sinister as possible to underscore his ghoulish tastes. Equally, he is able to draw very remarkable performances out of his actors; Moore remains true to the spirit of Starling and her intentions, Oldman undertakes a massive but thought-provoking emotional transformation, and Hopkins, as usual, shows us why there is no one other than he who can play Dr. Lecter this well.

See “Hannibal.” See it for its atmosphere, its performances, its approach and its conviction. Just don’t see it simply because it’s a long-awaited sequel to a masterpiece; that wouldn’t be fair, especially since it is neither as good nor as psychologically-twisted as its predecessor.